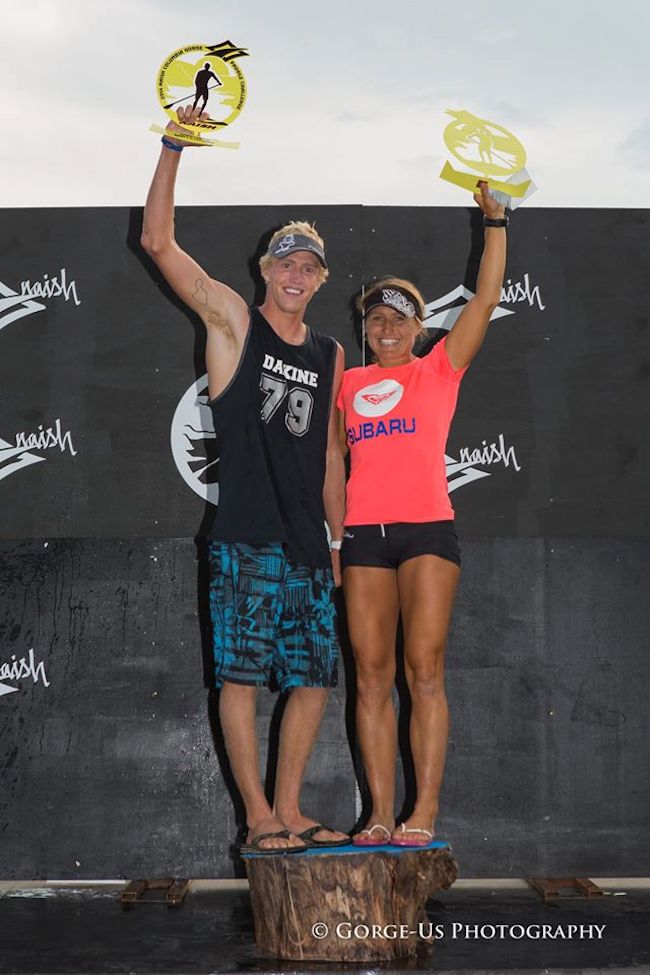 Connor and Annabel stoked on their hard-earned victories.

HOOD RIVER, Oregon - The 2014 Naish Columbia Gorge Paddle Challenge did not disappoint this year and many of the World’s best SUP racers showed up to compete for the crown. Starboard team athletes Connor Baxter and Angela Jackson topped the podium once again (after their stellar performances at the Ultimate SUP Showdown last weekend) and they did so over a stacked field of competitors. 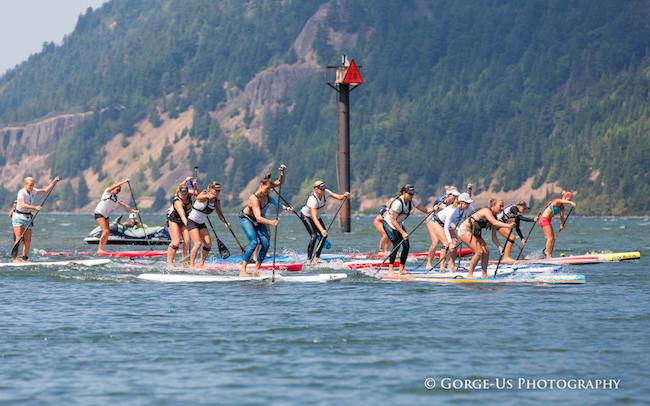 The women in the heat of battle!

After two full days of racing, the athletes showed strength and endurance when paddling through their races. In the Women’s Downwinder, Angela Jackson and Fiona Wylde (Werner Paddles) put up a tough battle with Anderson but ultimately couldn’t top Anderson at the end of the 8-mile course. Anderson came on top in each race for the Downwinder awarding her the victory. Anderson has been on a tear lately in the race scene and doesn’t seem to be slowing down. 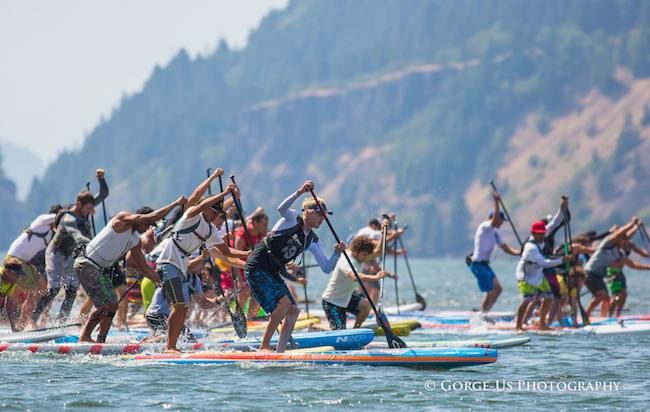 Connor Baxter in the middle of the heavily stacked pack.

For the mens, the first Downwinder showed Connor Baxtor having almost a full minute lead over Georges Cronsteadt (SIC MAUI) and Travis Grant (FCS SUP), who, were in a close four-second battle for second place in which Cronsteadt ultimately won. The second Downwinder showed a bit of a closer race between the three, but Connor powered through and came out on top once again.

It was an awesome weekend with tons of action and activities and it couldn’t have been a more exciting finish. To view the full list of results click here.