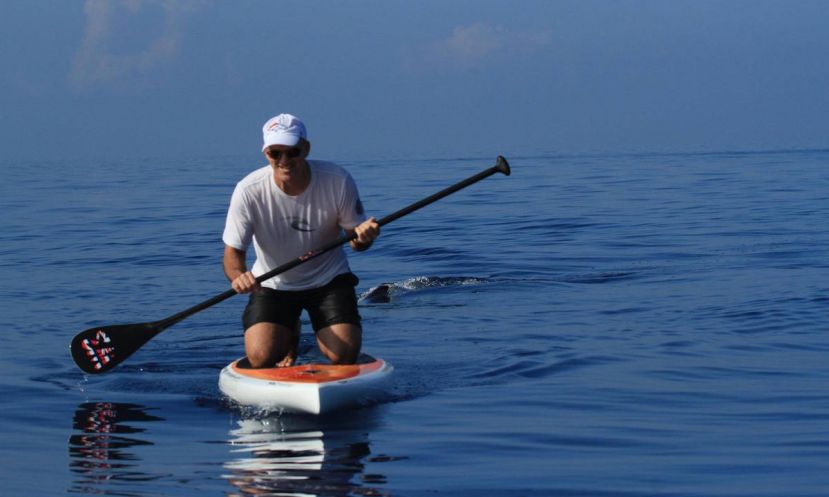 MAUI, Hawaii - When we enter the oceans and waterways we are entering a realm in which we do not control. The creatures that call these bodies of water home are the true masters and we are merely taking a step, or in this case, paddle, into their world. It is somewhat unsettling to report that in the waters off Maui, Hawaii there have been multiple incidents lately involving sharks becoming aggressive with paddle boards. Hawaii News Now reports that on Saturday January 23, 2016 a shark had bit a tourist’s paddle board about a half mile off the coast of Maui in Wailea.

According to the report from Hawaii News Now, the man was with his wife paddling near the Four Seasons Resort Maui in Wailea when a shark came up behind him and bit the tail of his paddle board. When the shark bit the board it caused the man to fall off his board and into the ocean. Luckily, he managed to get back on his board unscathed and was able to get back to shore safely without further incident. This incident is just one of the handful of incidents that has recently been reported in Maui involving aggressive sharks. To see the full report from Hawaii News Now, click HERE.

To have a look at other shark encounters on paddle boards, click HERE.