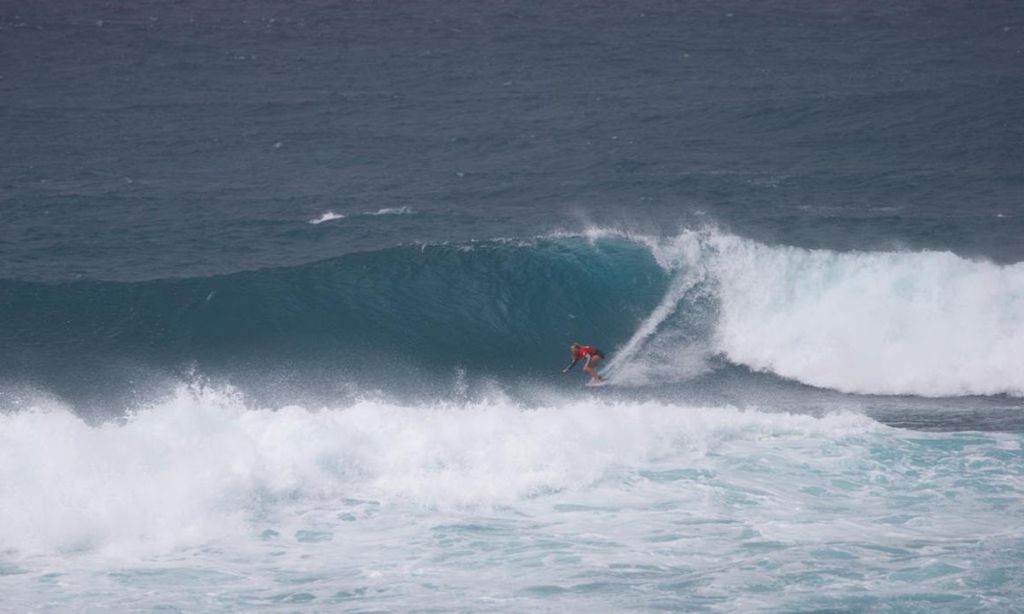 SUNSET BEACH, Oahu - After a dramatic storm that hit the islands over the past weekend bringing giant swell and storm strength winds to the North Shore of Oahu, on February 13, day one of competition, conditions proved challengeable, but manageable, with enough scoring potential to be able to get underway with the opening rounds of competition for the 2019 Sunset Beach Pro. A solid NE wind swell provided a sufficient canvas for the athletes in the opening rounds to show their worth, step up and be counted, with the cream rising to the top with some stand out performances across both men's and women's fields. With strong, squally winds and a mixed-up playing field out at Sunset Beach, the girls faced the action with bravado and skill, putting on impressive performances across the board.

Izzi Gomez maintained her momentum from the Final event of the year in Las Palmas de Gran Canaria last year, kicking things off with a strong performance out at Sunset Beach. Meanwhile, Shakira Westdorp was another standout, navigating the tricky Sunset conditions on her backhand and leapfrogging a round as a result. 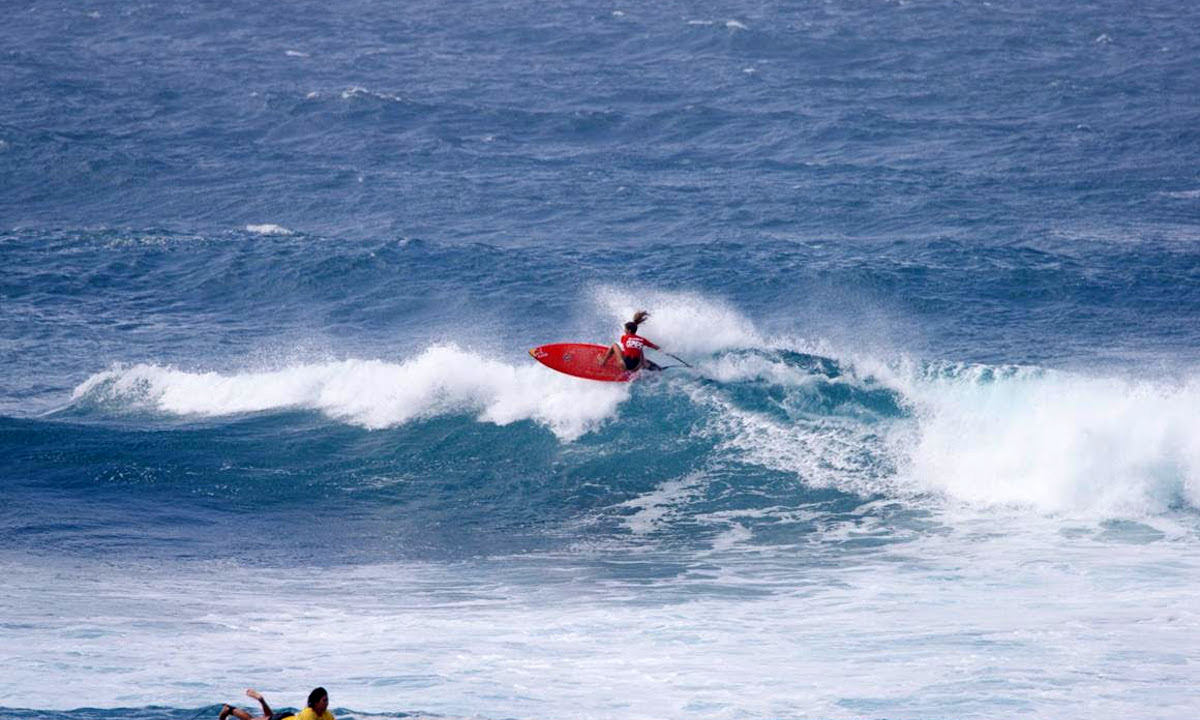 On the bottom half of the draw, an intensely competitive heat saw 2013 World Champion Nicole Pacelli dig deep to take victory and leap frog the repechage heat and start her 2019 season on a high. However, right on her heels and battling back and forth for 2nd place was Vania Torres from Peru, who ended up in 2nd, and Fiona Wylde from Oregon, USA who ended up in 3rd, despite an incredibly close battle with Vania. In the final heat, it was Annie Reickert from Maui who was able to overcome the newly crowned World Champion Iballa Moreno to skip the repechage and onto the 3rd round. However, Iballa will be back on the next day of competition to battle her way back into the running thru the repechage, as will the on form Aline Adisaka who was unable to overcome the mighty Shakira Westdorp in Round 1. 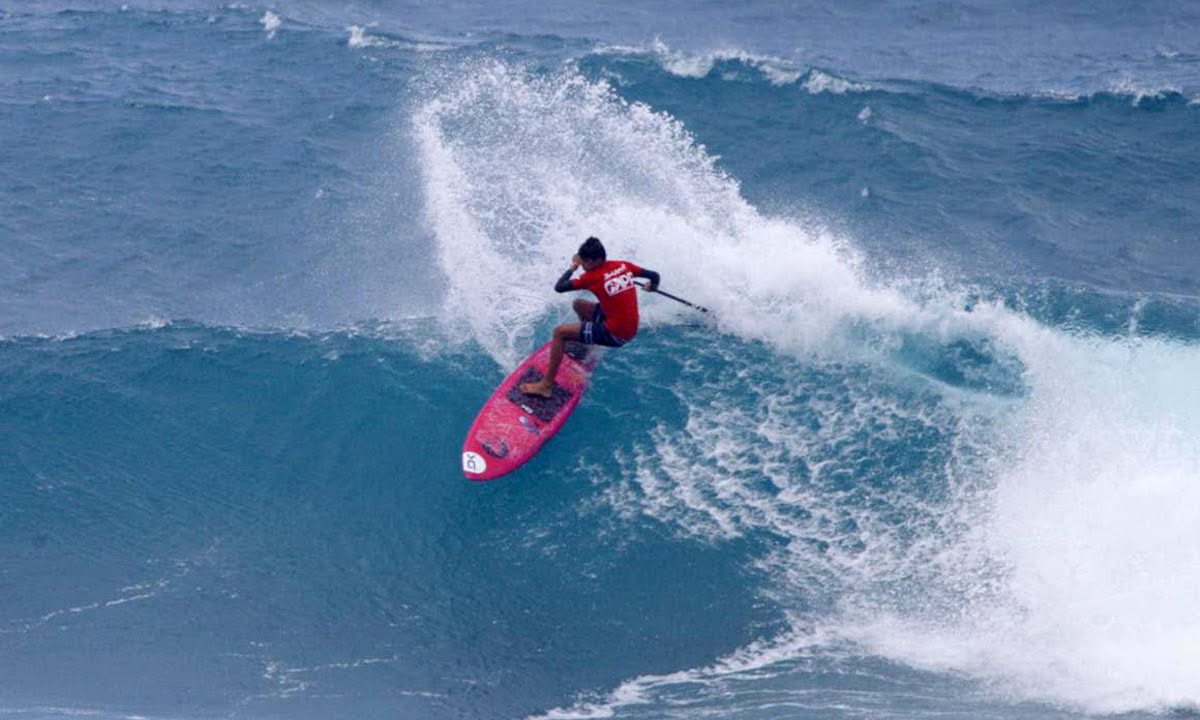 Maximilian Torres made his presence felt on day one. | Photo: APP World Tour

In the men’s division a new face showed up at Sunset Beach this year and made his presence felt, with an inspired performance that turned heads and earned him the highest scores of the day. While Maximilian Torres from Puerto Rico did make it to New York last year and certainly showed himself worthy, his performance today made a statement, and his progress will no doubt be monitored closely, as he is without doubt a name to watch out for.

Other young stand outs from today's competition included So Nomora from Japan, who made the most of every bit of opportunity in his two heats to advance onto Round 3, and Zane Saenz, a long time Na Kama Kai Challenge competitor who is coming of age in front of our eyes here at the 2019 Sunset Beach Pro, presented by Local Motion.

As always, the local contingent was well represented this year with some stand out performances in the opening rounds. In particular, long time performer, Kainoa Hauanio from the Big Island was back in action and making his presence felt in the tricky line up, maximizing every opportunity to show the world what he is capable of. He is without a doubt one of the major potential spoilers coming into Round 3 to meet the top 24 seeds on the APP World Tour. Meanwhile, the youngster Zane Saenz from the North Shore is certainly a name to watch out for as competition progresses and as we look to the future on the APP World Tour. 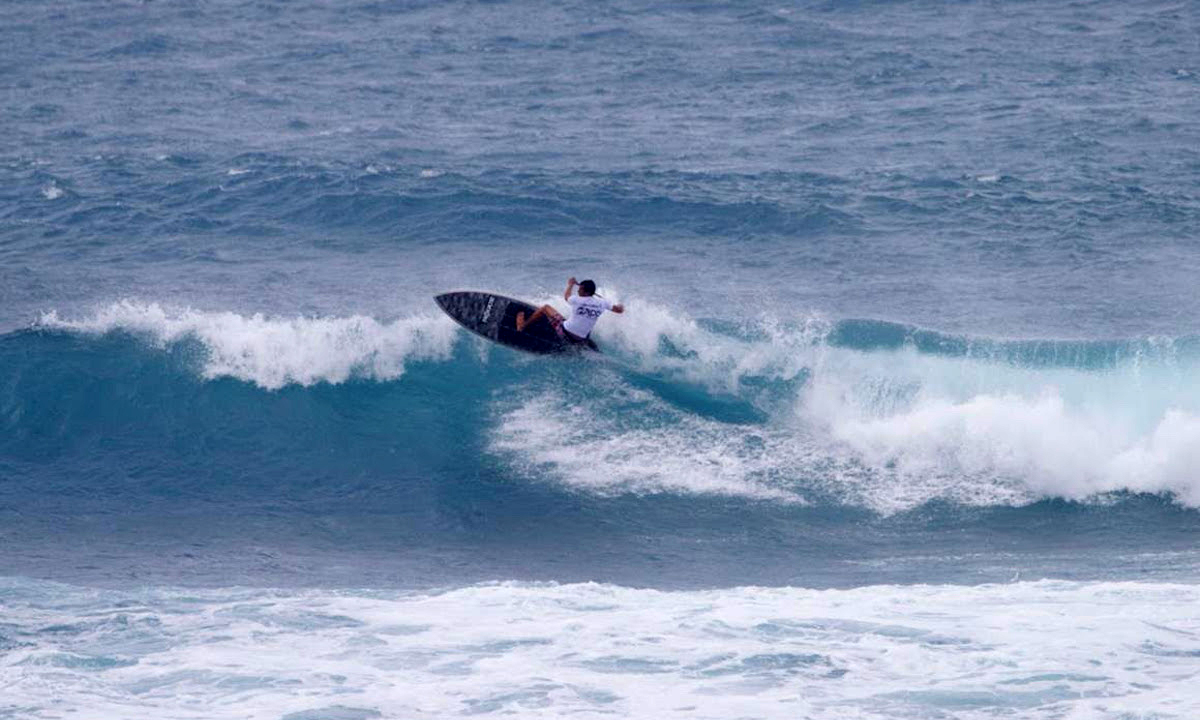 As we kick off with round 3 of the men, the remainder of the Hawaii contingent will be truly out in force, from Mo Freitas, Robin Johnston and Zane Schweitzer, to Bernd Roediger and of course Kai Lenny, multiple times Sunset Beach Pro and World Champion.

Check out the highlights, pictures, updated draws and much more from competition and stay tuned for the morning call at 7am HST as well as all the action LIVE at www.appworldtour.com and @appworldtour