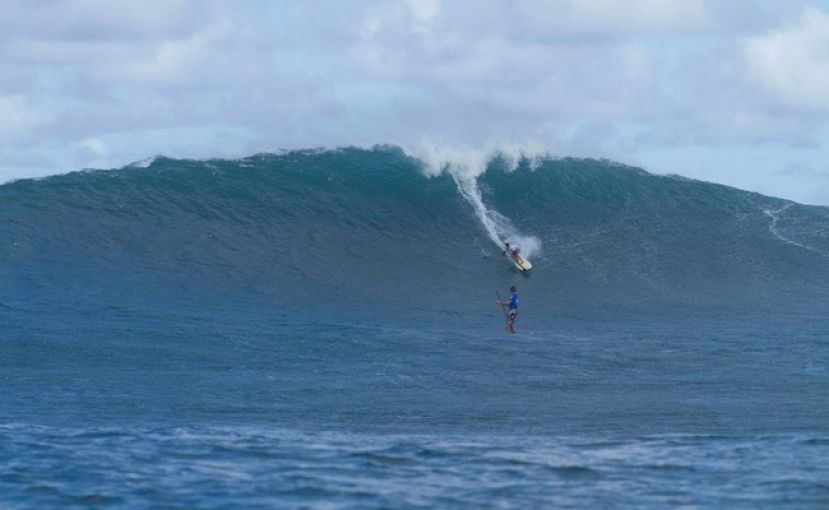 SUNSET BEACH, Hawaii - For the fifth year running, the Sunset Beach Pro will open the Men's Stand Up World Championship Tour from February 8-16, at the same time the Women's World Tour gets started with the Turtle Bay Women's Pro. The 2013/14 winter season in Hawaii has been highlighted by some of the most epic conditions the islands have seen in years and will hopefully continue during this highly anticipated event.

Full report by the Waterman League.

While Tour stand outs such as 3x World Champion and 2x event winner Kai Lenny (Naish), Caio Vaz (Art in Surf), 2012 World Champion Leco Salazar and Sean Poynter (Starboard) will be on a mission to start the year out on a high, local favorites such as Robin Johnston (Mistral) who finished 2nd last year at Sunset and has been Top 5 since the Tours inception, Ikaika Kalama (Rogue), Kala Alexander and Aaron Napoleon (Rogue) will be looking to stand strong at home on Oahu's fabled North Shore.

Also to watch out for was last year's breakout athlete at Sunset, Kekoa Auwae, who stunned the world with an incredible display of performance surfing, but also the young Mo Freitas (Focus / Body Glove), who continues to assert his presence on Tour with stand out performances.

However, as is always the case at this prestigious World Tour Opener, Sunset Beach ends up being the star of the show, so make sure not to miss this dramatic event unfold from the 8th - 16th February out here on Oahu's Fabled North Shore. For all entry information for both Trials and Main event and to watch the first of a series of trailers for the Sunset Beach Pro and the full HD live broadcast of the event by going to: 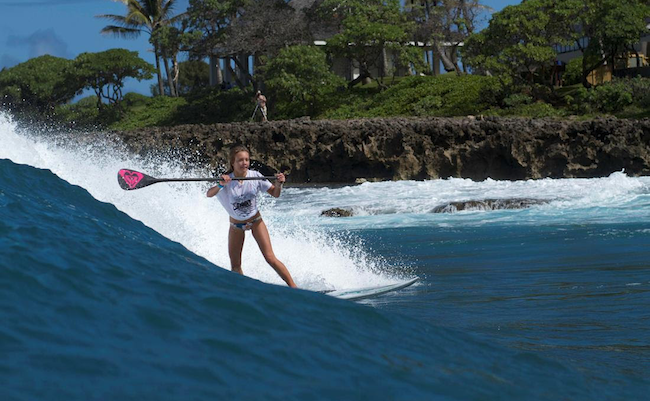 Turtle Bay Resort will once again play host to the Turtle Bay Women's Pro, the opening event of the Women's World Tour that sees stops in Hawaii, Brazil, California and France.

In 2013 we saw an incredible Title Race that came down to the final heats of the final event of the year in France, as winner of the 2013 Turtle Bay Pro Nicole Pacelli came out on top to take the sport's first ever Women's World Title, closely followed by the young talent from Oahu, Vanina Walsh (Starboard) and the breakout athlete of the year, Izzy Gomez (Starboard) from Florida, who stole the show in the last 2 events of 2013 with impressive victories.

One of the favorites for the Title, Candice Appleby finished in 4th in 2013, but is looking stronger and more determined than ever coming in to 2014, as she goes into the hunt for the World Title. However, she will have her work cut out, as all of the above girls will be vying for the very same thing, as will other immense talents such as Aline Adisaka from Brazil, Caroline Angibaud from France and Iballa Moreno (Starboard) from the Canary Islands but also a wealth of local talent such as Mariko Strickland (Naish) from Kauai, Halie Harrison (Focus SUP) from here on Oahu and many more.

So make sure not to miss the Turtle Bay Women's Pro unfold from the 8th - 16th February and book your ringside seats for a stay in paradise at www.turtlebayresort.com. For all event information, entries and live broadcast, go to: watermanleague.com/

Check Out Highlights From 2013 The World Tour