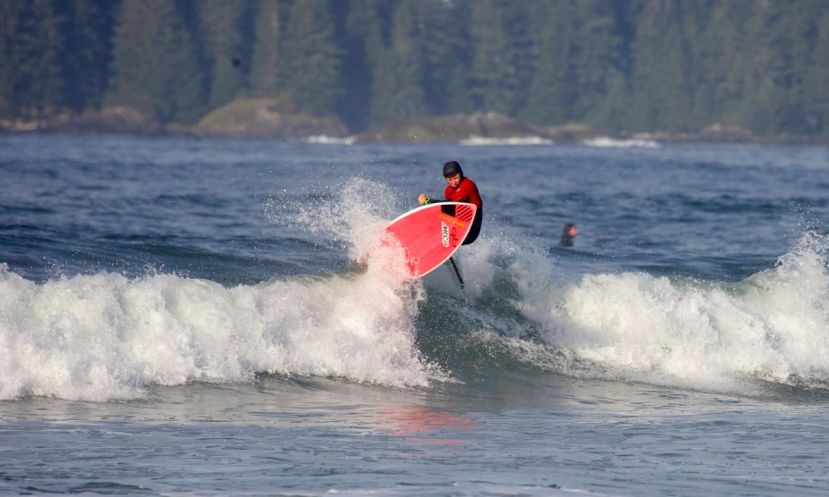 TOFINO, B.C., Canada - On a weekend full of highlights nothing stood out more than a 14-year-old winning it all at the 2nd annual Tofino Paddle Surf SUP Invitational. The event, held over three days at the end of October, included two days of stand up paddle board surf competition followed by a day of surfing. Both events and all categories were competitive with more than 134 entries.

As the Tofino SUP Surf contest is the Canadian championships, the victory landed Jeffrey a place in the 2016 International Surfing Association World SUP and Paddleboard Championships in April. Procopio will also represent Canada. On the women’s side, event organizer Catherine Bruhwiler took the honour, after claiming the Women’s Open SUP Division. She beat out 17 other women to claim the victory; that’s twice as deep a field as last year when nine competed.

“The level of skill was so much better than last year, and not just in the women’s division,” she says. “The sport is progressing really fast and you could really see it out there on the water. I learned a ton just watching.”

Both men’s divisions, the Open and the Amateurs, sold out with 66 competitors, 25 more than last year. And they put on a show, wowing the beachside spectators and fellow competitors alike. The ideal conditions didn’t hurt. Both days were almost windless with clean, peeling surf and warm temperatures. More than a few surfers paddled out with bare toes and hoodless heads for the 20 minute heats. 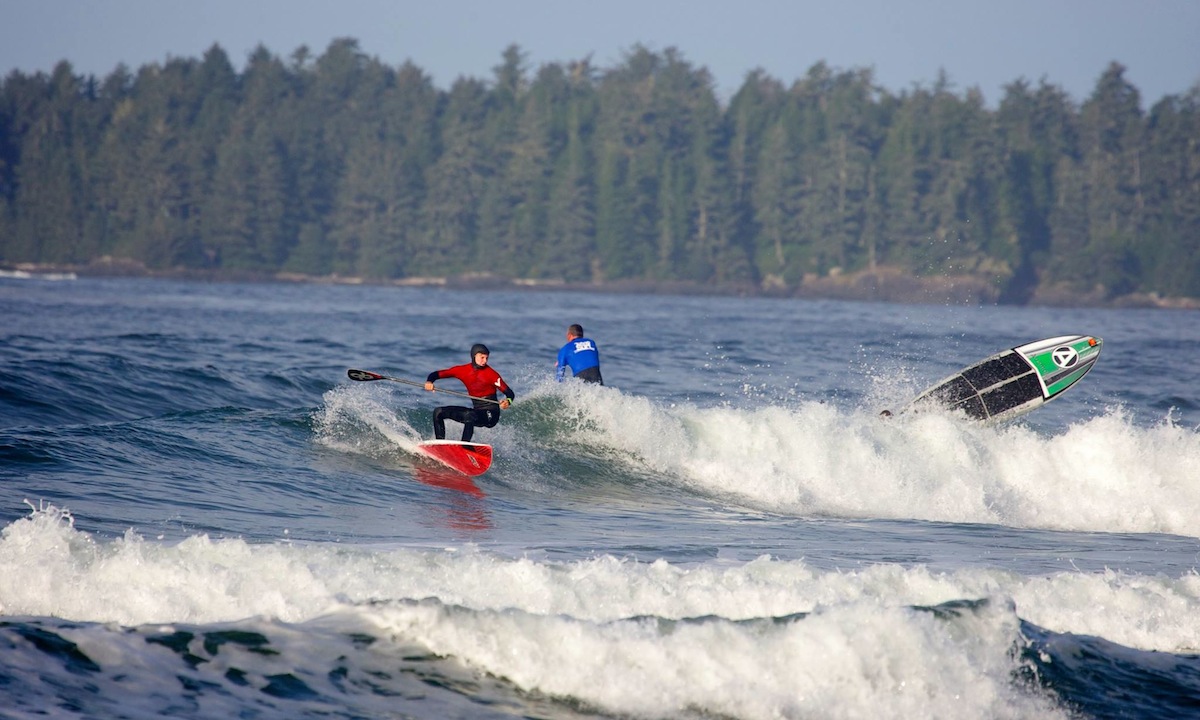 Sunday was another sunny one with perfect wave conditions for the surf portion of the event.

“I wanted to include surfing and SUP because the sports are both about loving the beach and the waves,” says Bruhwiler. “I loved seeing both styles of surfing out there having fun and competing together for the first time.”

She’s a perfect ambassador for the event. Bruhwiler added the women’s shortboard title to her SUP crown. He son Kalum Bruhwiler won the men’s shortboard, as well as the under 16 division, where he beat out the SUP finalists Jeffrey and Finn Spencer. Surfers young and old, long and short board, duked it out throughout the day. A full list of winners and competitors can be found at tofinopaddlesurf.com. The successful event has Bruhwiler already scheming for how to make it better next year.

“We’ve got amazing volunteers, fantastic judging, generous sponsors, an amazing venue and a growing and improving group of competitors,” she says. “It’s going to be hard to top this year’s event, especially with the perfect conditions, but we’ll do our best.”

To find out more about the event and the dates for next years 3rd Annual Tofino Paddle SUP Surf Invitational go to tofinopaddlesurf.com or find Tofino Paddle Surf on Facebook.

Find a SUP Event Near YOU! Check out the Supconnect Events Calendar HERE!!

More in this category: « Supconnect Polls: Votes & Nominations Are Heating Up The Winter Sessions - SUP Training In The UK »