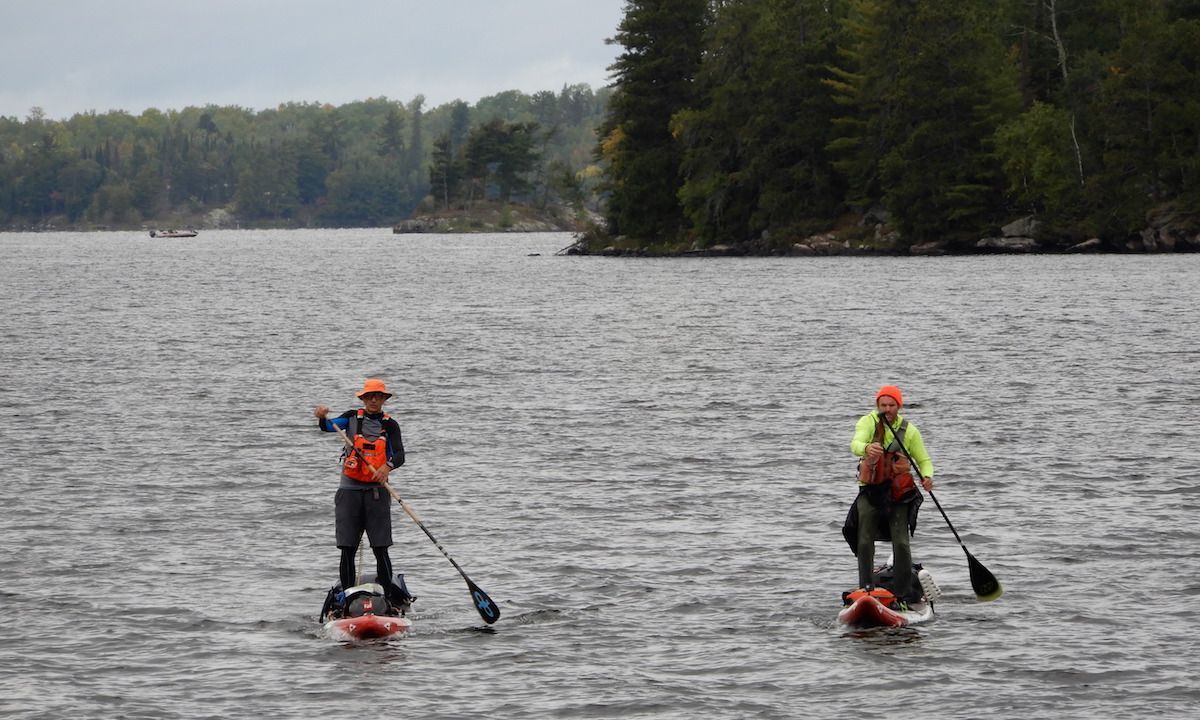 SUP shop owner and extreme paddleboard racer, Scott Baste joined with John Knippers of Oklahoma and set a new record in the paddle racing world. They completed the 240 mile Kruger-Waddell (KWC) WaterTribe Challenge across the Minnesota Boundary Waters Canoe Area (BWCA). Starting out Saturday, September 12, 2020, they paddled 220 miles of lakes and rivers in one of the most beautiful and remote areas of Minnesota. The other 20 miles consisted of portages, where they carried a 25-pound board and 45 pounds of food, camping and survival gear over rugged terrain. As a member of the WaterTribe, Baste is the only standup paddler to attempt and complete the group’s Everglades Challenge (EC300) three times, so he has had plenty of experience racing in adverse conditions. Because the Kruger-Waddell is an unsupported event, Baste invited John Knippers of Oklahoma to paddle with him.

After meeting up in Ely, MN with fellow paddlers from the paddling group WaterTribe, individuals and paddle teams drove to International Falls to start the event. From there they were on their own to navigate against the current heading northeast to Grand Portage, MN, home of the Anishinabe (Ojibwe) Reservation and the historic National Park Service Monument. 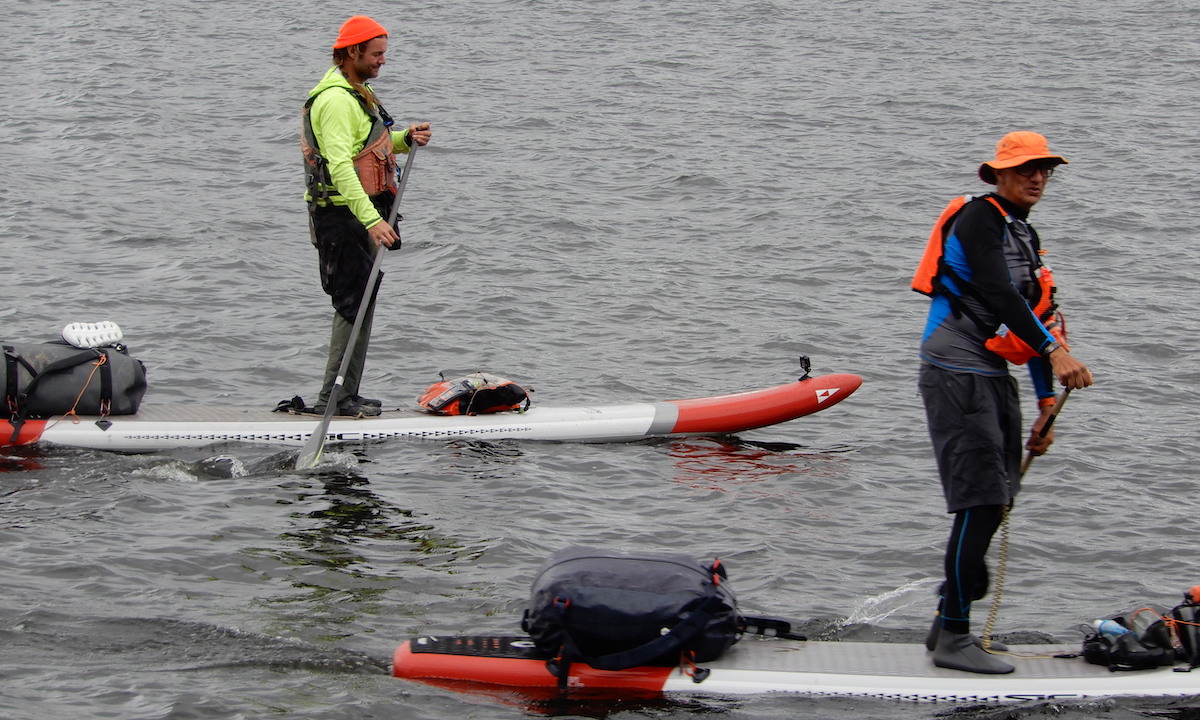 Baste, an experienced distance racer, began his career with the Missouri River 340 mile race (MR340), from Kansas City to St. Charles, Missouri, which he completed in 60 hours. He did this race as a solo entrant because the rules allow for team support at checkpoints along the way and his wife, Betsy Baste, was his crew for this event. In 2018, he completed the Yukon 1000 mile race, from Whitehorse, Yukon Territory, Canada through the Arctic Circle to Fairbanks, Alaska in 8 days, 22 hours. Being an unsupported race, rules required it be done in teams for safety, so Baste paddled this event with Chip Walter from Miami.

Preparing for these epic race events takes months of planning and training. To prepare, Baste paddles an average of seven miles a day, 6-7 days a week from his shop, Paddle the Florida Keys, in Tavernier, FL, typically logging over 2,500 miles a year. He also races shorter distances (10-34 miles) to increase his stamina and speed. As an event nears, he begins assembling the equipment and trail food he needs to complete the upcoming journey. For the Everglades Challenge, he has to think about dealing with insects, dehydration, heat, alligators, and boat traffic on the West Florida coast. This time, staying warm while carrying the bare minimum amount of food and equipment was critical for conquering the cold and difficult portages of the Boundary Waters. 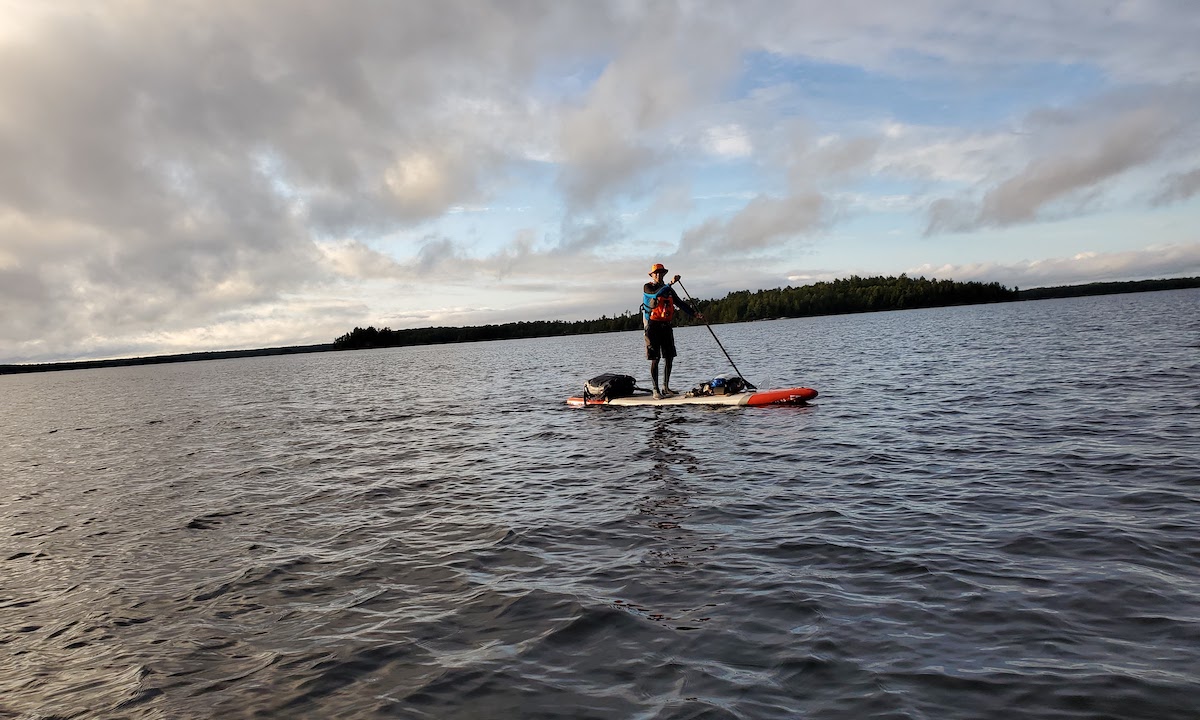 Baste is an expert paddler, but had little previous experience with portaging. Some of the portage crossings were as short as a beaver dam, others 1-2 miles long, and the icing on the cake was the final 9 mile portage at the end. Baste got to experience the logistical nightmare of portages on his second crossing, on day one. Grassy Portage sounds lovely, but in places, the path had knee-deep mud holes. At 6’4”, Baste had the height advantage to work his way through the mud. However, his shoes did not and he was constantly having to reach down into a hole and retrieve his shoes that the suction of the mud had claimed. At the end of that particular portage he was so relieved to get back on his board and paddle out to deeper water, that he didn’t realize he was only wearing one shoe! So he had to spend the rest of the day and part of the next without his hiking shoes. Luckily, he had a pair of Crocs he could wear to camp that night and the next day he set out to ask everyone he passed if he could buy their shoes. The very first person he asked, Dave Cuthbert, from Cook, MN had an extra pair of 16’s on his fishing boat, which was exactly what was needed because Baste wears size 14. With his two pairs of waterproof socks, it was a perfect fit. Even more amazing is that Cuthbert visits the Florida Keys every year to fish, and while he has no intention of getting his shoes back, he plans to visit Baste and see his shoes hanging on the trophy wall in Baste’s shop. 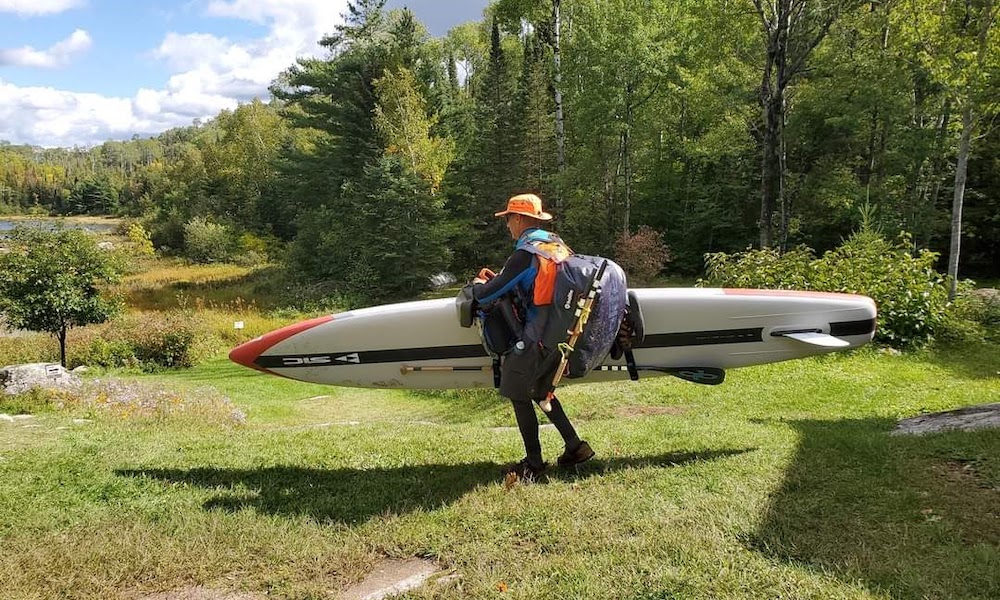 Baste describes the journey as an incredible opportunity to immerse himself in nature and disconnect from the rest of the world. Minnesota’s BWCA is well-known for an abundance of wildlife, world-class fishing, and its scenic vistas. He saw lots of wildlife including, beavers, otters, fish, over-friendly chipmunks, mice, red squirrels, eagles, loons, ducks and song birds. They saw evidence of moose, bear, and coyotes, but never actually saw the animals. The trip started out with a light rain and warm temperatures, but by mid-week, he and Knippers were scraping ice off their boards on a 21 degree morning. He said the digital detox of not having cell or Internet service for 7 days was wonderful, but he was also very happy to see his wife, Betsy, waiting for him at the finish line. When they started the challenge, there was very little evidence that Fall was right around the corner, but by the time they were done, Northeast Minnesota was awash in a vibrant display of Fall colors. 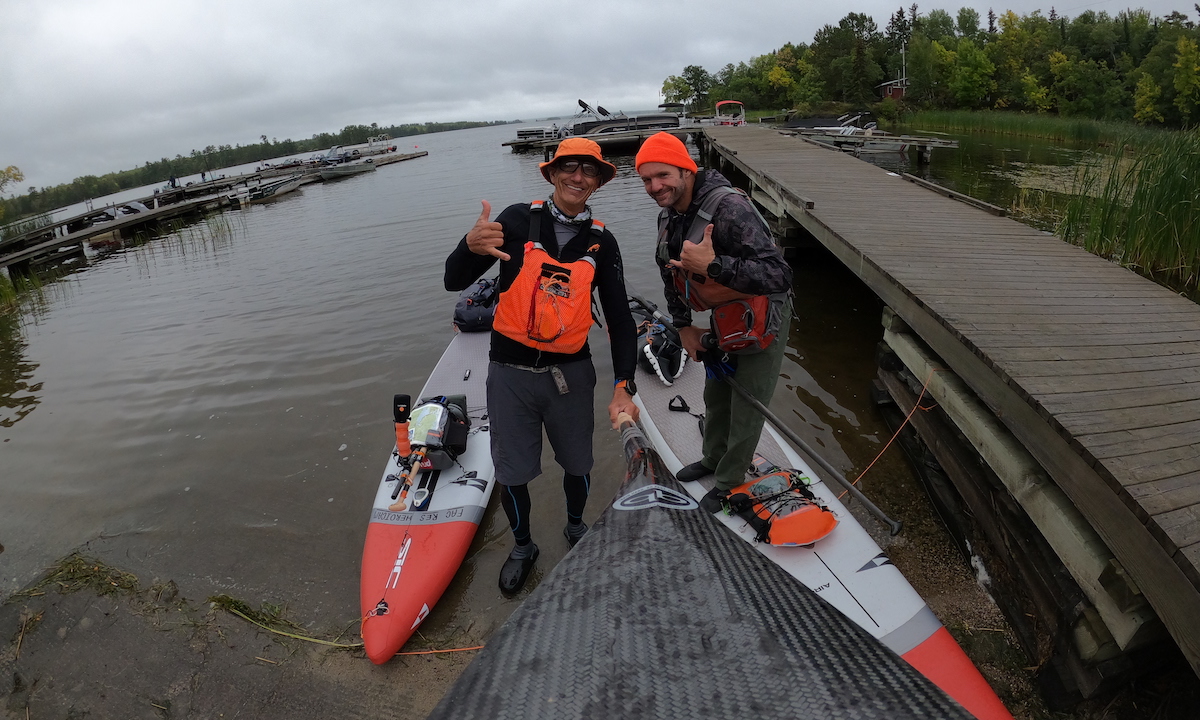 The Kruger-Waddell Challenge commemorates the record setting voyage of Verlene Kruger and Clint Waddell, who in 1969 completed the historical “Voyager” route in 80 hours and 40 minutes via canoe. They beat the previous record on this well-traveled fur-trade route set in the 1800’s by Sir George Simpson. The route closely follows the US-Canada border, so racers were careful to stay on the US side and only go on Canadian soil if there was an extreme emergency, which thankfully, there was not. Baste and Knippers completed the 240 mile challenge in 7 days and 10 hours. Considering the difficulty of the event, they were very pleased with their accomplishment. Fellow WaterTribe member, Tom Head, of Tavernier, FL completed the KWC as a canoe team member.

Both paddlers chose SIC Maui inflatable boards. Baste was on a RS 14x28" and Knippers selected a 17'4"x26.5. They added front and rear attachment points to carry their load. The boards were perfect for the rugged conditions and provided a handy place to sit when they needed to take a break on the portages.

Join Baste and Knippers virtually in the video below.