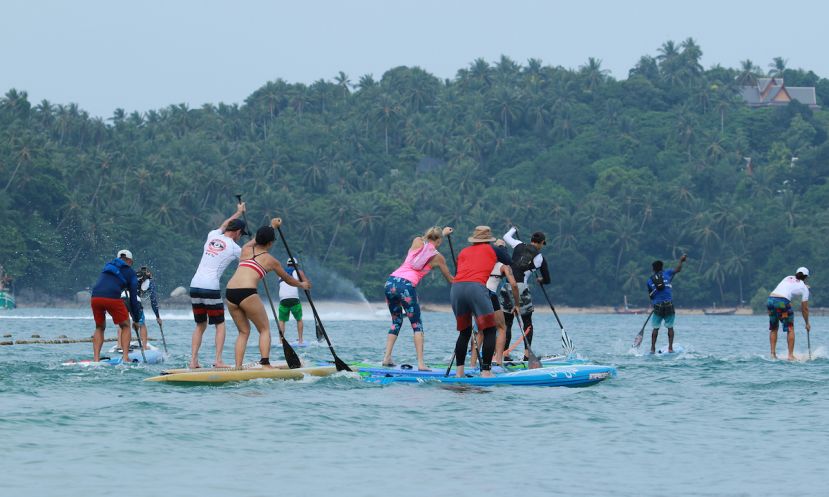 PHUKET, Thailand - Thailand turned it on once again with a weekend full of sunshine and smiling faces for the 5th Thailand SUP Festival in Phuket, part of The Paddle League’s new “Regionals” series that aims to help push SUP into new frontiers. With the support of international brands like Sunova, Starboard and BIC, a small but stoked field of pro and amateur competitors representing Thailand, China, Vietnam, Russia, New Zealand, Singapore, Argentina, India, UK, France, Australia and Brunei enjoyed a great day at the beach in the sunny south of Thailand on Saturday.

The morning started with 2k and 6k races, with the longer course offering an “M” shaped arena and buoys close to shore plus a beach run that gave spectators a close view of the action during the most exciting parts of the contest. Well-known international athlete Beau O’Brian from Australia came off the start line quickly and was the first to hit the water. Sekar Patchai from India sprinted past in an attempt to set the race pace, but the Aussie soon hit the gas and led the entire course to cross in just under 40 minutes.

It was a a top effort by Sekar who finished just over a minute behind Beau in at a time of 40:34 mins. The Team India rep displays a lot of potential, and if his passion for SUP is as big as his smile he will shine in the future. Sekar scored 40th in the marathon at last year’s ISA Worlds in Denmark, and with an increase in training will look to better his place later this year in Brazil. Coming home in a strong third was Lucas Correa from Argentina.

Beau, a gentleman to the end, was back out on the course straight after his win to chaperone the last paddlers on the course, proving the bond between elite and grassroots paddlers is alive and well.

The women’s 6km race, which saw an evenly-matched field of local and international competitors, came down to a photo finish in the exciting home straight between Kate Johnson from New Zealand and Thanutksrn (“Aom”) Soonthornwong from the popular WeSUP Thailand paddling club. Kate narrowly snatched the win in a time of 0:51:52.10, with Aom finishing second in 0:51:52.20 -- very exciting to watch with only a shoulder in it! Not far behind was Rachel Charis Ng in third place for Team Singapore.

The afternoon consisted of a 200m sprint race starting offshore and racing straight back to the beach in full view of spectators. The O’Brian family took out both men’s and women’s events, with Beau’s wife Ashton joining her husband on top of the podium to cap off the couple’s Thailand holiday in style.

Followed shortly after were a series of relays for all levels, including Red Dragon team events, which were designed to bring SUPers of all nationalities and abilities together. SUP yoga and beginner SUP classes were also held on the weekend to introduce new paddlers to the sport.

A highlight of the presentations was the Aloha Spirit Award, which is given to the paddler who displays the true spirit of the sport. The prize of a BIC SUP and paddle was awarded to Khun Nop, a local 16 year-old who can now live his dream of paddling every day. Train hard, Nop, and we expect to see you back in 2019!

Once again Thailand showed it can showcase a great event, so keep an eye out later in the year when organizers announce “bucket list” dates for the 2019 Thailand SUP Festival. The event crew once again invites all paddlers to make the pilgrimage to beautiful Thailand, the global home of SUP manufacturing.

The event organizers also wish to thank the people of Thailand for the truly rewarding experience of sharing the sport with local and international paddlers here in Phuket. 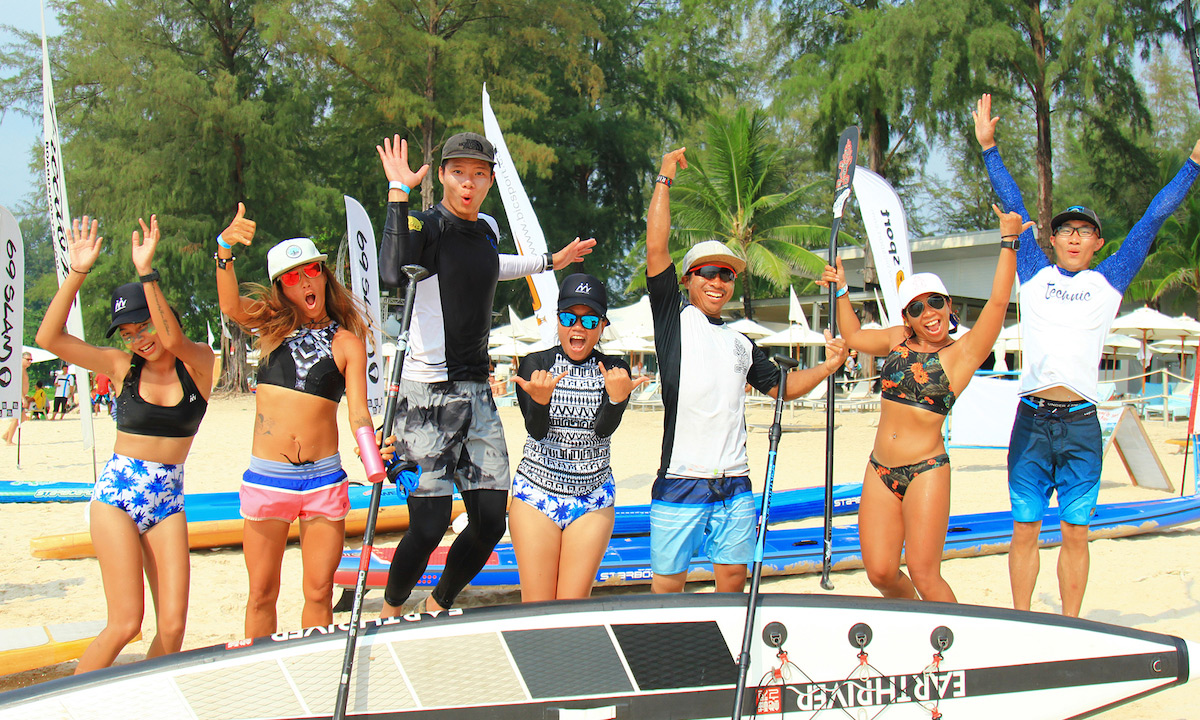