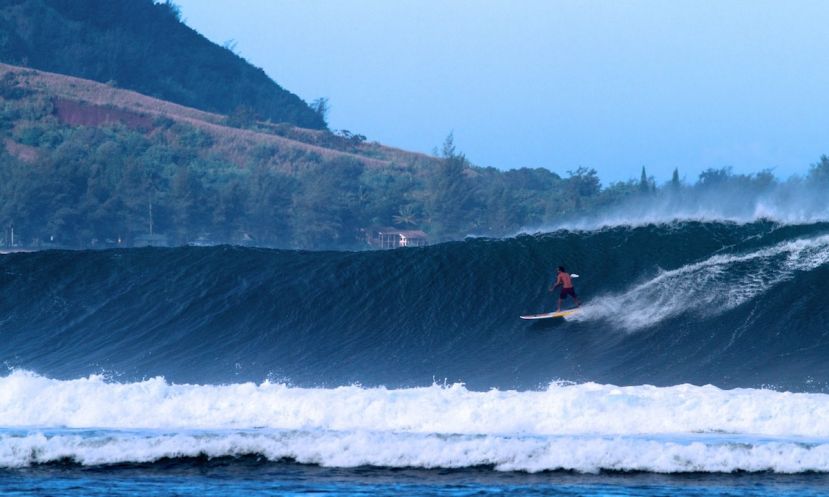 Tristan Boxford on a bomb in an unknown location. | Photo via: APP World Tour

OAHU, Hawaii - Tristan Boxford is a man on a mission. The Hawaiian-based CEO, formerly a professional windsurfer, is now focused on growing paddle boarding worldwide through his exciting new enterprise – the Association of Paddlesurf Professionals (APP).

The APP, operating under the umbrella of the Waterman League, is a natural progression from Tristan’s two well-established stand up paddle boarding competition circuits – the Stand Up World Tour (surfing) and the Stand Up World Series (racing) – now merging to form the APP World Tour. The man behind this project is determined to bring the sport to the masses.

British-born Tristan is no stranger to the ocean, having grown up sailing and swimming before he took up windsurfing. “I started sailing boats when I was about 4 and have always loved swimming, so windsurfing was sort of a natural path for me,” he recalls. Tristan spent most of the ’90s and early ’00s traveling the globe to compete in the World Windsurfing Tour, earning a career high of 5th and enjoying the titles of British and European Champion. However, early in the millennium Tristan felt a hunger for something more. 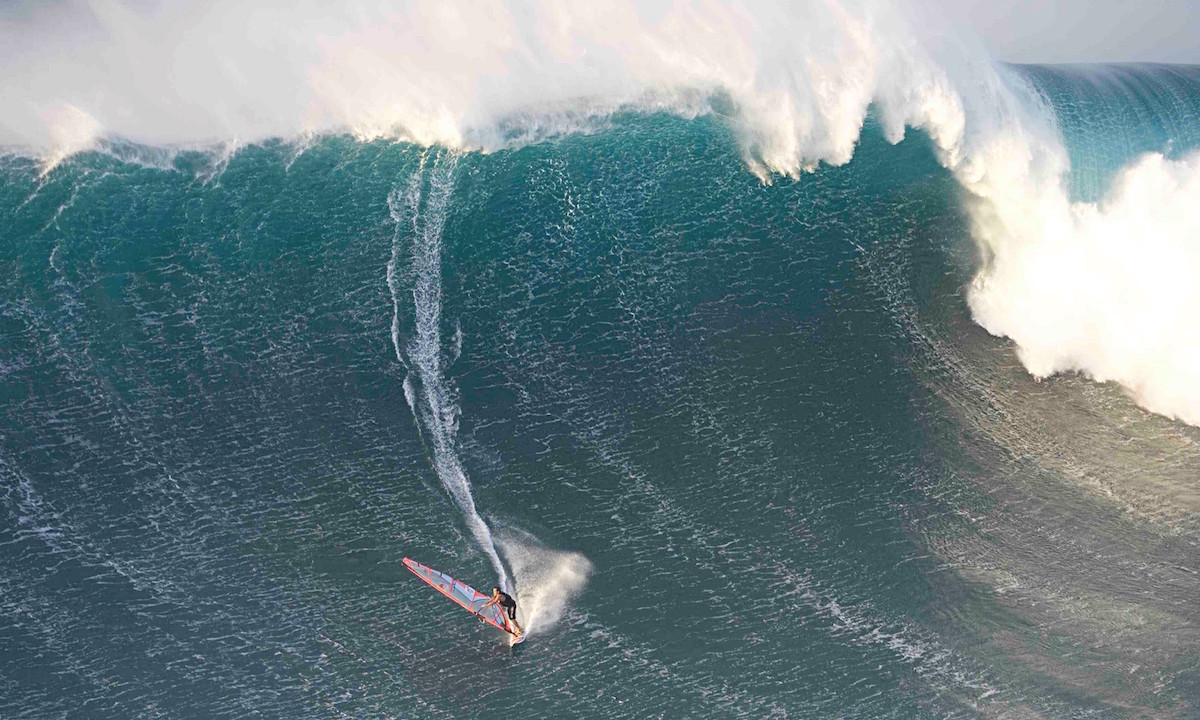 “One of the things that frustrated me,” he says, “was how the sport of windsurfing was portrayed in the media. I wanted to do something about this so I ran some other projects parallel to competing.” Tristan worked on projects for media channels, including MTV Europe and Transworld, and wrote articles for the likes of GQ. He launched the hugely ambitious ‘Ocean Games’ (essentially an X Games for watersports) in Maui in 2007 and produced for NBC. 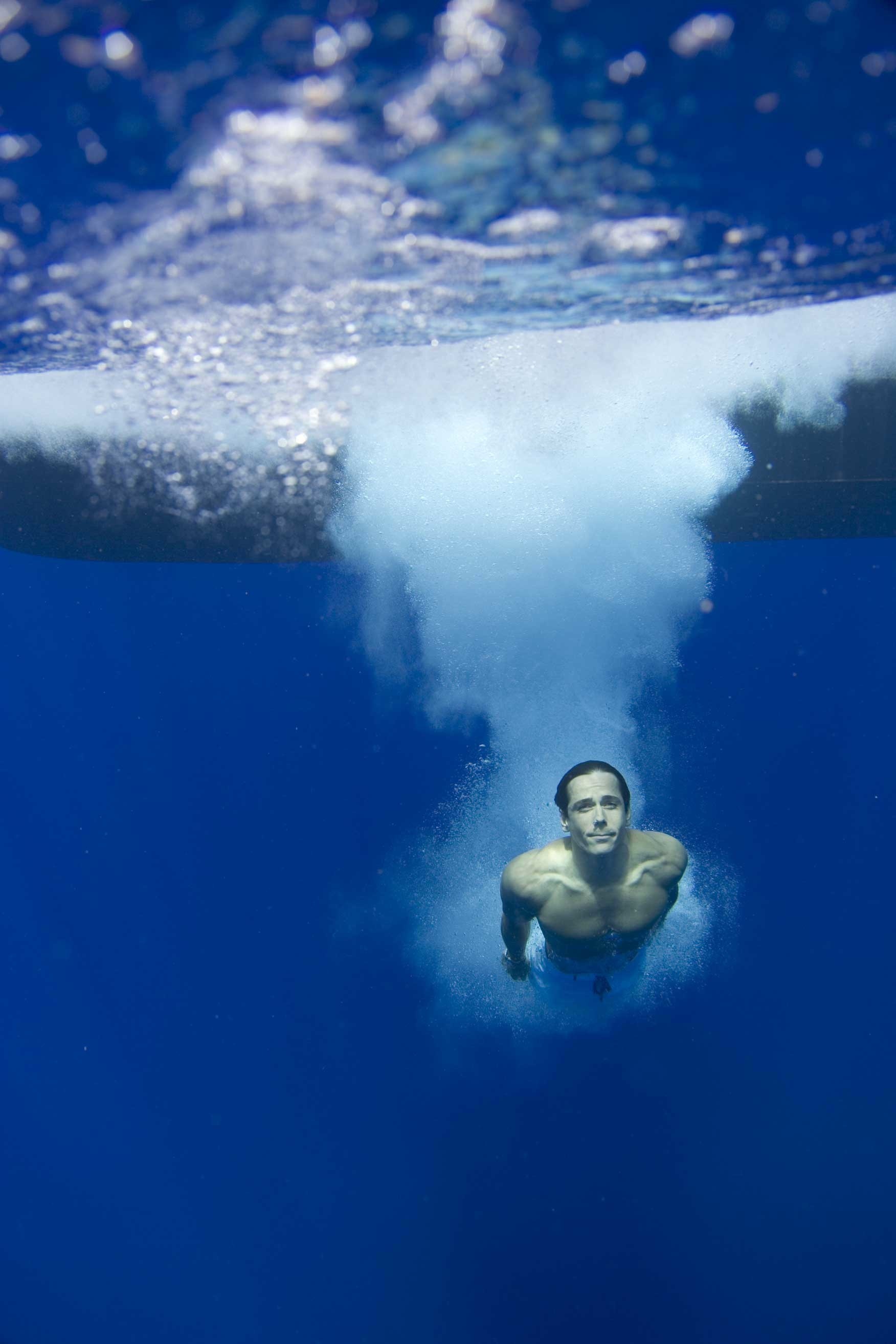 With his new-found exposure to the world of sports entertainment, and having settled in his new home in Maui, Tristan switched his focus from competing to business. “I was certainly less keen to run off on tour to places like the island of Sylt in the North Sea!” he laughs. This new focus and industry experience was to lay the foundations of what would become the Waterman League.

Driven by his vision to unite the whole ocean sports family, Tristan searched for the thing around which he could build his new multi-sport organization. He found it in stand up paddle boarding (SUP). “A lightbulb went off in my head. Surfers and windsurfers were doing it, kayakers and longboarders were doing it. SUP was a sport that seemed to embrace every other.”

It wasn’t all plain sailing for Tristan. He recalls spending most of his early days with the Waterman League educating people on what SUP was. “We didn’t know how popular the sport was going to be,” he says. “We had to do something that was a complete departure from the preconceived notion of stand up paddle boarding to grab people’s attention.” The Waterman League announced itself with an exhibition at the infamous Teahupo'o, a brave idea that needed even braver participants. “The guys were getting incredible barrels,” Tristan remembers. “It led to the launch of the World Tour in 2010 and we’ve been growing ever since.”

It’s this desire and ability to innovate that has allowed Tristan’s project to flourish. In 2012, the Waterman League added stand up paddle racing to the surf competition. This opened many doors for Tristan, who saw the potential to take the competition to new territories, as can be seen by this year’s APP World Tour stops in New York, Tokyo and San Francisco. “The unique selling point of SUP is that it’s the first form of surfing you can take literally anywhere there’s water,” he says. “I think of it as bringing surfing to the city.”

Tristan is quick to praise the athletes involved in the APP project. In recent years, the surge in the popularity of paddle boarding has been greatly helped by the rise of athletes such as Naish SUP’s Kai Lenny and Starboard SUP’s Izzi Gomez, young stars of the sport who are successfully tapping into the growing trend of general health and well-being. “There’s a real emphasis on fitness and core strength,” adds Tristan. “Paddle boarding complements other activities like yoga and its focus really is on the versatile athlete. At the elite end it’s one of the most physically challenging watersports, but at the beginners’ end the barrier to entry is zero.”

Stand up paddle boarding has the potential to bridge the gap between the comfort of mass involvement that comes with traditional sports and the irresistible allure of lifestyle sports. “We’re going to be careful not to forget our core audience and the integrity they give us,” says Tristan, “but we’re very excited to put the APP World Tour in front of new, larger markets. In a few years, I could easily see thousands of people on the start line.”

It’s been a tough slog for Tristan and his team to arrive at this point. Like all new and growing watersports, stand up paddle boarding has had to operate within the long shadow of traditional surfing. But now, strengthened by a clear vision for the APP World Tour, paddle board competition is finally ready to step out and enjoy its time in the sun.

The APP World Tour kicks off with the Sunset Beach Pro, window opens 11-24 February 2017. Check out www.appworldtour.com for more details and a free live stream of the action.

More in this category: « Luck Is Earned | Jarvis Boards The Fastest Man on a Paddle Board? »