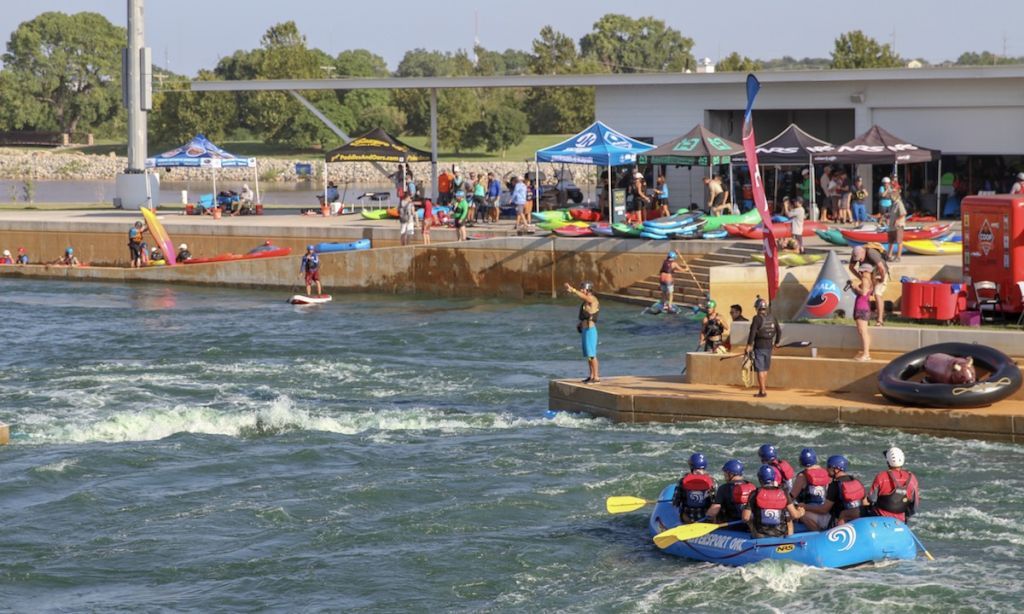 OKLAHOMA CITY, Oklahoma - For the first time ever brands both big and small in paddlesports gathered in downtown Oklahoma City for the Paddlesports Retailer (PSR) show. The Supconnect team went to the show with no expectations, as it was the first time our staff has attended the show, and below are some takeaways upon returning back to San Diego.

1. Catering to the Industry

Because the show was exclusive to paddlesports and paddlesports only, show organizers really catered show happenings and activities towards things that suit our industry as opposed to other industry shows where our industry seems like an afterthought. This was awesome to see and was definitely a plus.

Because PSR is located at a much smaller venue and is catered to the industry, the show allowed for both large and small brands in the space to attend. It was great to see PSR offering the resources and opportunities to the smaller endemic brands that are deeply engaged in the sport to showcase their products whereas other trade shows in this space aren’t a viable option for these smaller players in the industry.

While expectations were low coming into the show, the Supconnect staff were pleasantly surprised by all that Oklahoma City had to offer. The downtown area was very accommodating with plenty of restaurants and places to stay. There were also some great attractions to check out in the downtime like the Oklahoma City Memorial (highly recommended) and the whitewater park just outside of the city. 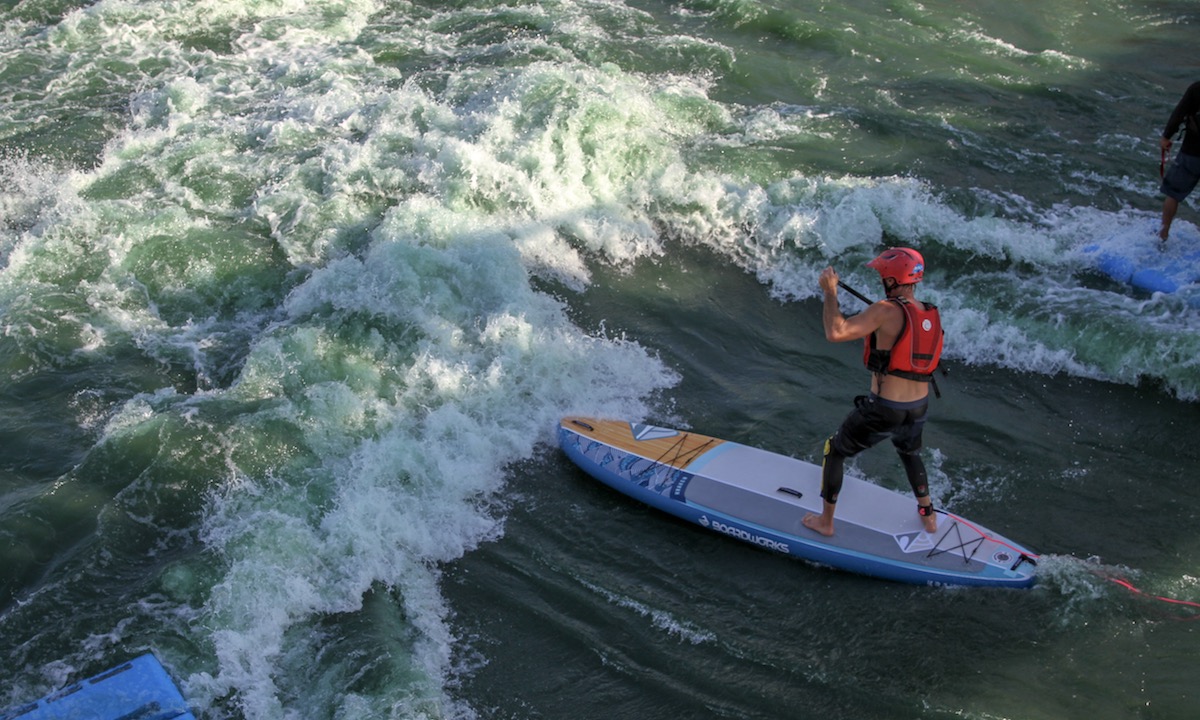 A Boardworks paddler enjoying the waves at the OKC Riverpark at demo day. | Photo courtesy: Supconnect

Throughout the show one common theme kept showing itself. The show really felt like it was catered to canoe and kayaking and SUP was kind of just there. Granted, there did appear to be more kayak/canoe brands in attendance, it was something that was noticed and wasn't ideal. A main example of this was made pretty clear at the demo at OKC Riversport Rapids park. The demo area did not have a beach, but rather a large dock for getting in and out of the water. This made things a bit trickier for standup paddlers whereas it was a much easier location for canoes and kayaks.

At first sight, the demo area was pretty impressive with a lot of tents and gear to try. Diving deeper, things got a bit trickier when assessing the situation. As mentioned above, getting in and out of the water from the dock wasn’t ideal as having a beach would have been much more optimal. Another issue was having the demo separated into two areas: whitewater demo and flatwater demo. In theory, having both of these was an excellent idea but in execution it fumbled. The whitewater zone was where all the action was: live music, food trucks, drinks and of course a front row seat to watch paddlers brave enough to try the whitewater park. Because all the action was in this area, few people ventured over to the flat water demo zone (where most of the SUP brands were).

Also worth mentioning that really made the demo a drag was the heat (95 degrees plus humidity) as well as ~25 knot winds. Obviously the weather can’t be controlled by the event organizers, but this weather is extremely common in this area at this time of the year. Plus, having the show start at 3pm and go until 10pm made it an incredibly rough day for brands who had to be there early that morning to set up and stay pretty late to breakdown and then make sure they had all their gear back at the convention center ready to go the next morning for the start of the show. 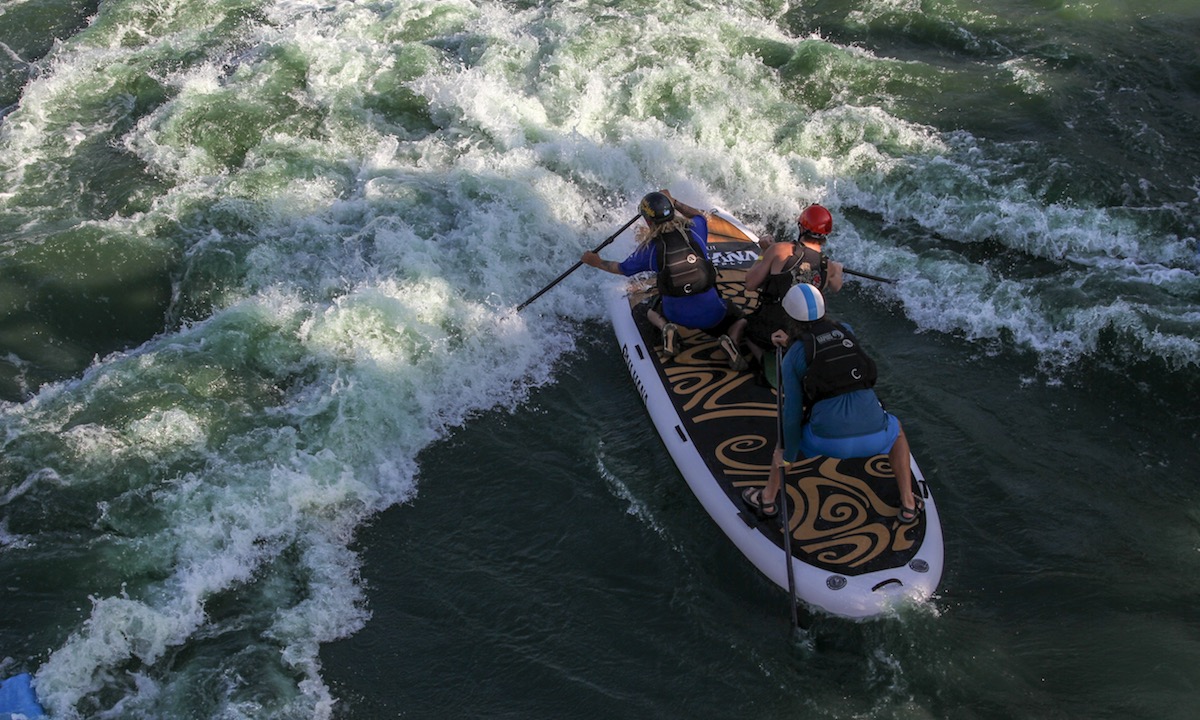 Overall, the vibe at the Paddlesports Retailer show was a positive one. Because this show is put on by paddlers, for paddlers, both exhibitors and attendees alike can appreciate all the hard work done behind the scenes. While the demo area was the biggest pitfall of the show, it’s something that can definitely be approved upon and dialed in in the coming years.

In what seems like the other industry shows not providing as much value to exhibitors and attendees alike, there’s a strong chance that Paddlesports Retailer could be the show to attend in years to come. Only time will tell.

More in this category: « What Are the Mental Health Benefits of SUP? Could Caffeine Boost Your SUP Performance? »