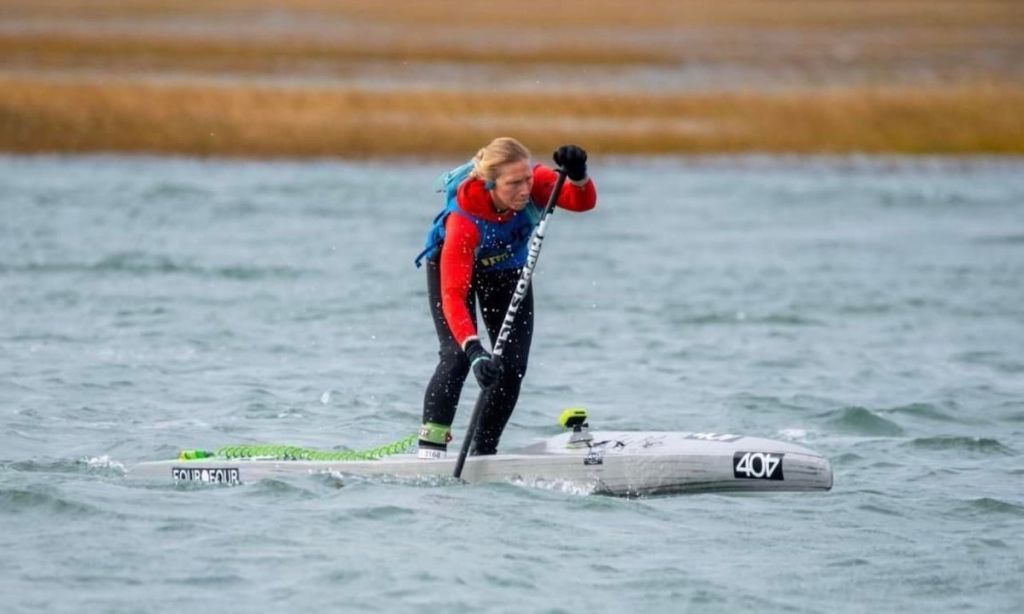 “It feels amazing and surreal to come back and repeat the Carolina Cup win on the actual Graveyard course,” said Zilg. “In 2021, the course was modified due to severe weather conditions. I am usually happy and prevail in very challenging conditions. This year was challenging for me because the conditions were better, and that’s not usually my strong suit. So, I knew that it was going to be a very tough race. But it went well.”

Attracting amateur and professional athletes from the South Pacific, Asia, Central America, South America, Hawaii, Europe, Canada, and the United States, Carolina Cup is one of the largest and most prominent paddle sporting events globally. Organized by the Wrightsville Beach Paddle Club and presented by Kona Brewing Company, five days of exhibitions, demos, clinics, and races were based at Blockade Runner Beach Resort, April 27-May 1, 2022. 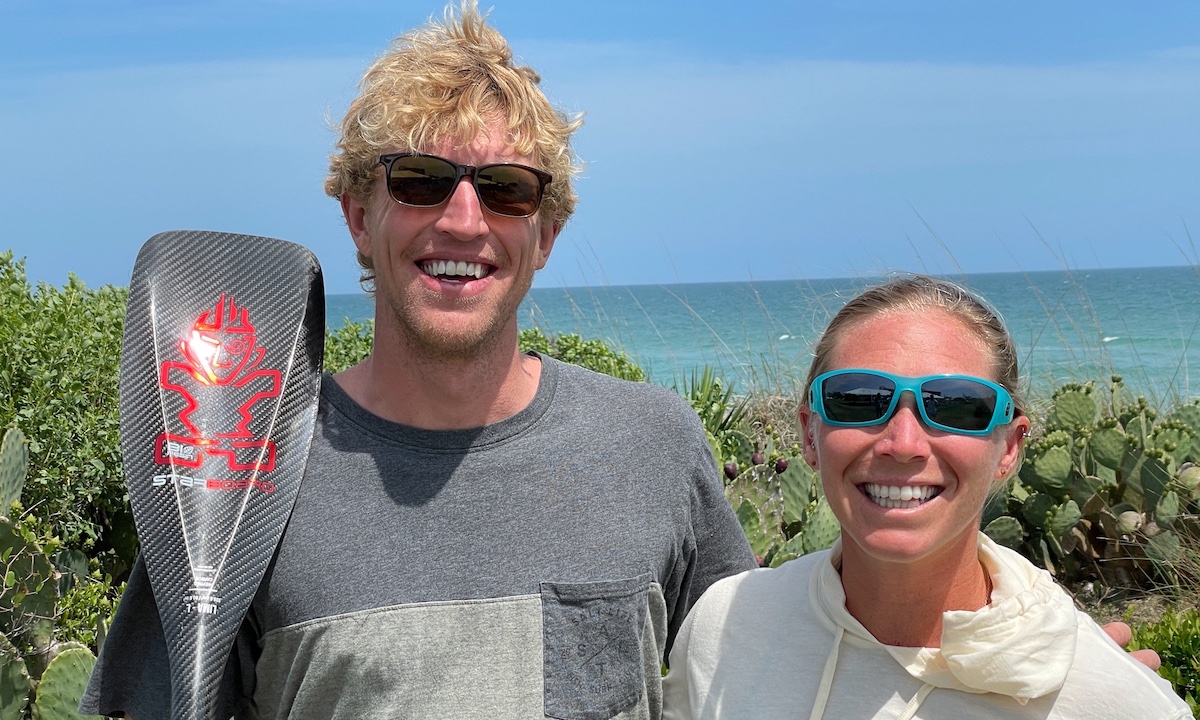 Hawaii’s Connor Baxter (Starboard) and North Carolina’s April Zilg won their second consecutive Carolina Cup Technical Race this weekend. Technical races are on an oceanfront course entering and exiting the surf and testing all the paddler’s skills in one event, including surfing, speed, and steering capabilities.

“For spectators, the Technical Sprint is the most exciting event for SUP when it comes to ocean racing,” said Event Manager and announcer Dan Gavere. “Unlike 2021, we had both elite and recreational racers in the Technical Sprint this year, and I believe it will continue to grow.”

With environmental issues top-of-mind to most watersport athletes, Carolina Cup attendees were attracted to an exhibit by Mechanical Engineering students from North Carolina State University. “We are introducing our new sand removal technology,” said NCSU student Edward Byers, CEO of a senior project design team. “It’s an air-power shower that uses a light mist and air to remove sand. The AirWave uses less than 1-percent of the water; it’s cheaper to operate than a traditional beach shower; and it allows people to go inside or get in their car and not be soaking wet and uncomfortable.”

“The positive impact on the environment in water conservation and a reduction in wastewater could be significant,” said Mary Baggett, co-owner of Blockade Runner Beach Resort.

Complete lists of Carolina Cup race results with age groups and divisions are available at these links: