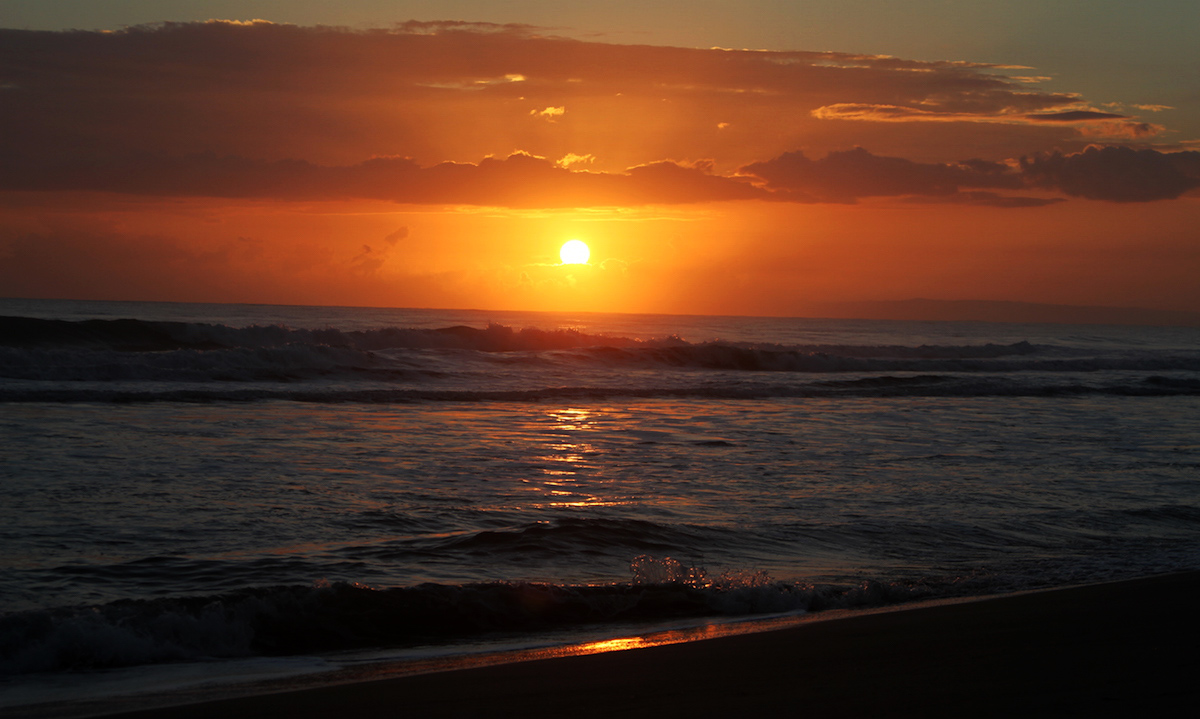 It was a perfect start to the final day of competition at the 2016 Master of the Ocean. | Photo: Supconnect.com

CABARETE, Dominican Republic - Finals day has come here at the 2016 Master of the Ocean and it couldn't have started more beautifully. The killer sunrise set the tone for the amazing day to come. After a two-day lay day for the stand up paddlers, the SUP athletes were rested and ready to finish the event and crown a winner.

While the waves on hand were much smaller than the beginning of the week, there were still good waist-to-shoulder high waves on hand and light winds for the competitors to enjoy. In semi final heat one we saw Dominican local Brandon Sanford along with Venezuelan Francisco Hernandez, Hawaiian Shelby Schweitzer and Venezuelan Diony Guadagnino. It was a heated battle between locals Brandon and Francisco but ultimately Francisco took the heat with a total heat score of 33.25 and Brandon came in a close second with a total of 29.5, both athletes advancing through to the final. In third was Diony with 23.75 points and Shelby in fourth with 22.25 points.

In semi final heat two, two time defending MOTO champion and Starboard SUP athlete Zane Schweitzer was up against a stacked and talented field of Dominican locals, Dauri Reynoso, Luciano Gonzales and U.S.A.’s Jeremy Green. True to form, Zane surfed with progression and power easily securing his spot in the SUP final with a total score of 36.75. Coming behind Zane in a close second with 31.5 points was local boy Dauri Reynoso who surfed incredibly well. In third was Luciano Gonzales with 20.25 points and in fourth was Jeremy Green with 10.5 points. Both Zane and Dauri joined Francisco and Brandon in the final. 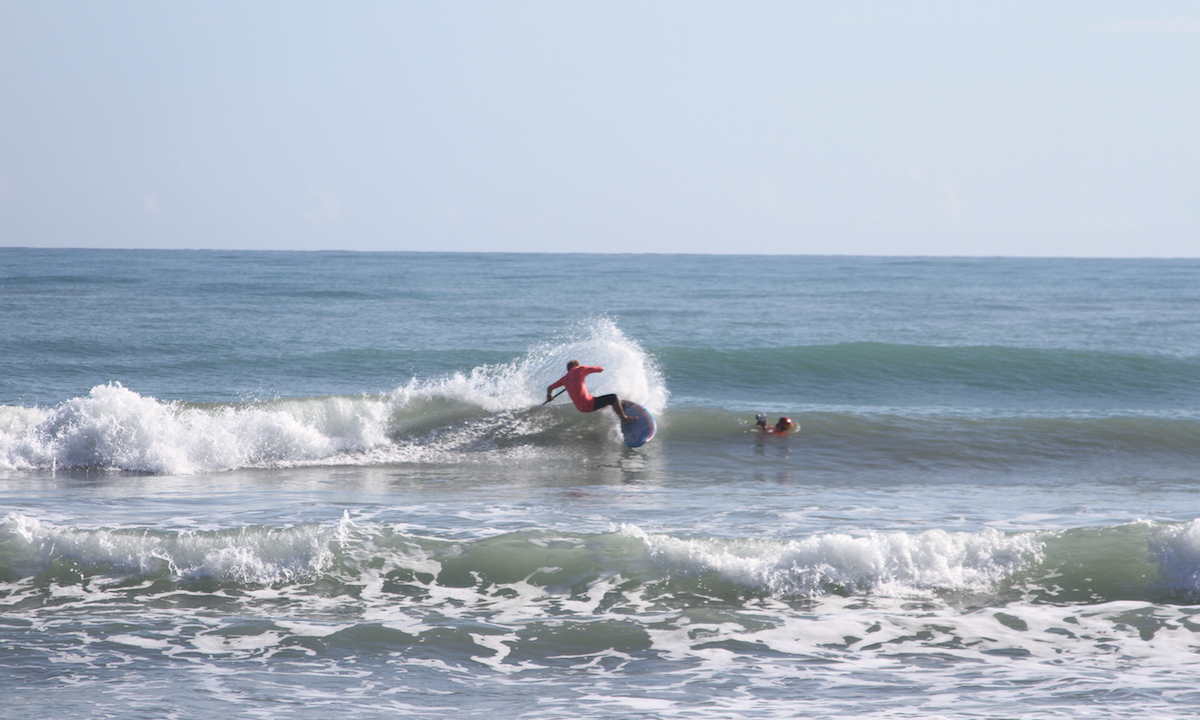 When the horn for the final blew the action started immediately with each competitor catching a wave in the first minute or so. With the wind picking up during the final, conditions slowly started getting more difficult making it hard to find an open face. It ended up being a close call between Hawaiian Zane Schweitzer and Venezuelan Francisco Hernandez but ultimately Francisco had the edge over Zane. All four finalists did an exceptional job and put on a show for the crowd. For the full results see below. 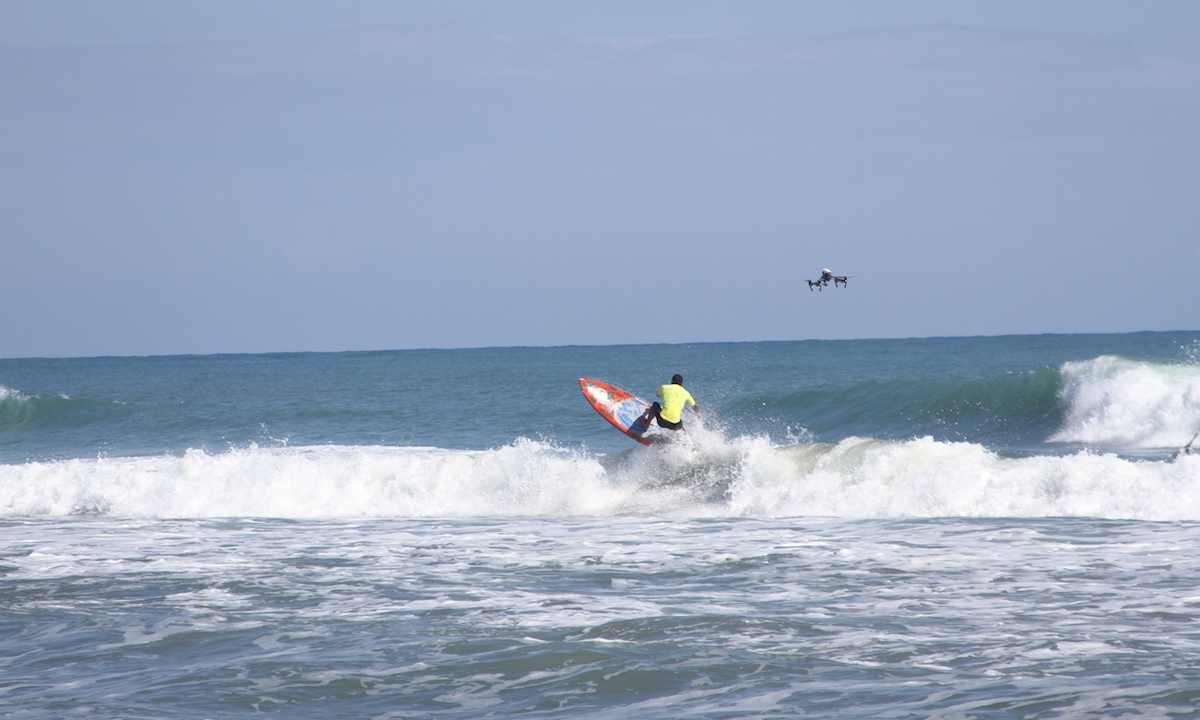 After a few cocktails, a fashion show and chatter between the crowd, event organizer Marcus Bohm took to the stage to announce the results. With nerves and excitement among everyone in the crowd, Marcus announced Zane Schweitzer as the 2016 Master of the Ocean Champion for the third straight year. The crowd roared with applause and immediately started celebrating Zane’s third win as well as the Dominican Republic Independence Day and everyone ended the evening dancing the night away at LAX, a local restaurant and night club.

Congratulations to all the competitors, teams, locals and visitors on another amazing year at the Master of the Ocean event. In the words of Dominican athlete Brandon Sanford, "Master of the Ocean motivated me to expand from surfing and get into all the disciplines (wind, kite and SUP) which is a huge plus out of this event, getting me and others to do all of the different sports and want to get better at each of them. To me, Master of the Ocean is the best waterman event in the world."

Thanks to all the sponsors of the event for their continued support and dedication to this event, Ultravioleta, Millennium, Velero, Dakine, Starboard, Seabob, Ministerio de deportes, Bar tipo cool, Europcar, Takeoff.com, Mai tai, and Natura Cabana.

To see more news and highlights from the Master of the Ocean click here. For the full list of final results from the event see below.

Overall Master of the Ocean