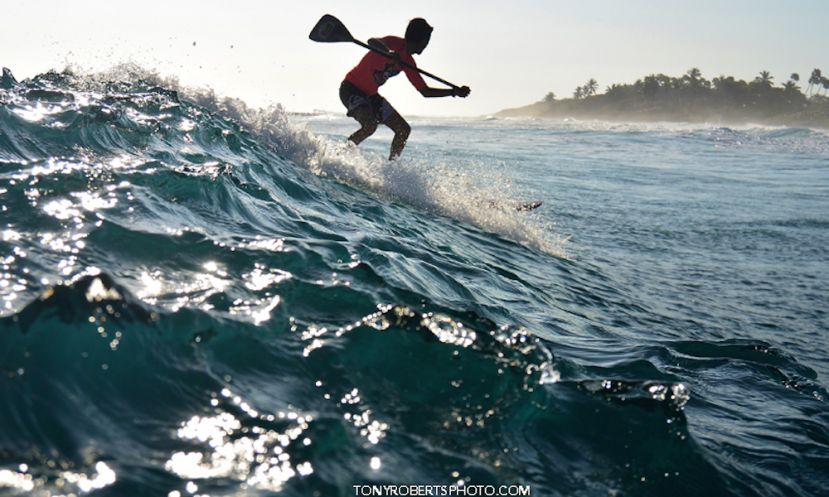 CABARETE, Dominican Republic - Day two of the 2016 Master of the Ocean welcomed competitors with light winds and sunny, clear skies. With the swell having dropped overnight to shoulder high surf, there were still plenty of waves on tap for the athletes to have some fun on.

Stand up paddlers were once again first to hit the water with the Quarterfinals for the individual points taking place. In the first heat we saw local boy Luciano González take the win with his carved out maneuvers and tactical surfing. Also advancing through the heat was Jeremy Green who also performed well gaining another 16.5 points to his score for the overall individual portion of the competition. Coming in third was Emmanuel Rondon and in fourth Eniel Narvaez who both showed great effort. 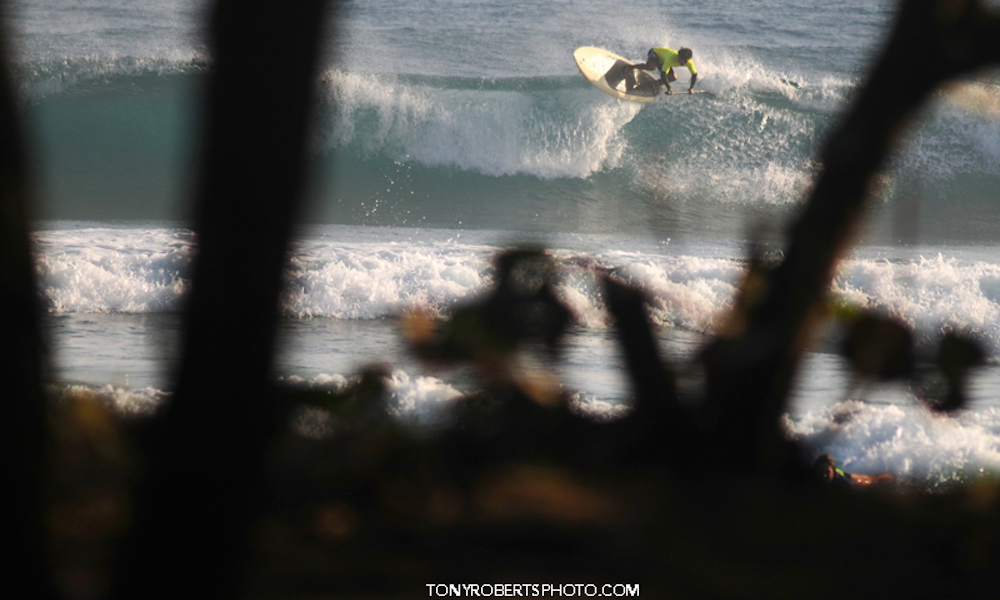 In heat two we saw another Dominican local, Brandon Sanford take charge and win his heat with 33 points over Venezuelan stand out and world class wind surfer Diony Guadagnino, who came in a close second with 30 points and Derek Gomes and Carolina Gutiérrez who came in 3rd and 4th respectively. The top two performing competitors from each heat will join the winners from each of the four Round one heats in the semi finals first thing tomorrow morning.

Diony Gaudagnino made it through to the semis in SUP. | Photos: Supconnect.com

Following the stand up paddle Quarterfinals, the short boarders took to the water and put on a show. Heat one had Emmanuel Rondon in first and Eniel Narvaez in second both advancing through to the semis. The second heat found Zane Schweitzer needing to advance to better his chances of once again regaining the Master of the Ocean title for his third year in a row and he did just that by taking the heat win over Dauri Reynoso who came in second and advanced alongside him. Diony Guadgnino and Carolina Comino who came in the third and fourth. The surf semifinals will take place tomorrow morning immediately following the stand up paddle semis so stay tuned for the results and more photos from that tomorrow.

Once the surfing and SUP surfing Quarterfinals were finished there was a slight break in action as the wind and kite surfers waited for the wind to pick up. Due to unfavorable winds yesterday the wind and kite surfers were unable to compete leaving them anxiously waiting for the wind to arrive. With a windy afternoon forecasted, the kite surfers were finally able to take to the water a little after noon. With massive aerials and powerful surfing shown by the kiters, the crowd left with the utmost satisfaction for the day. 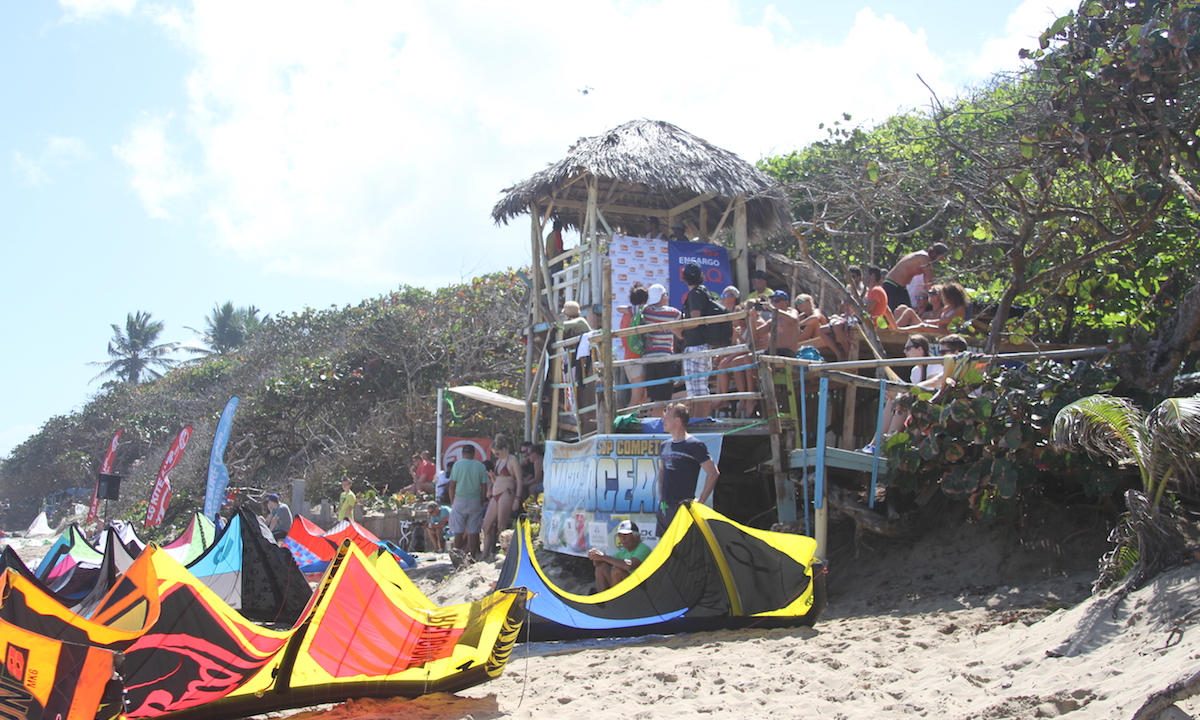 With favorable conditions for the wind and kite surfers in the afternoon the beach was littered with kites getting ready to take flight. | Photo: Supconnect.com

More in this category: « Laird Apparel Announces Subscription Model For The Modern Athletic Outdoorsman Zane Schweitzer Three Peats At 2016 Master Of The Ocean »