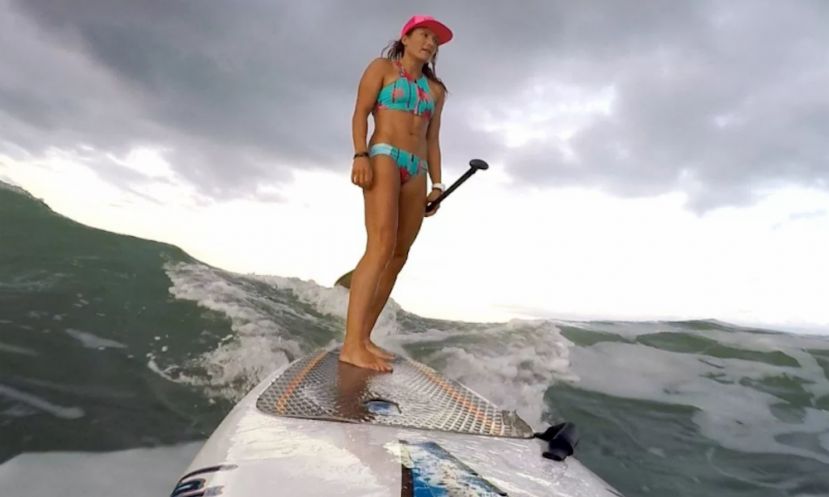 WRIGHTSVILLE BEACH, North Carolina – The fastest woman on a standup paddle board in the world, and world’s top-ranked each year since 2012, Annabel Anderson will seek her 5th consecutive victory at the 2017 West Marine Carolina Cup, April 18-23. All races, clinics, demos, plus the expo and trade show will originate at host hotel Blockade Runner Beach Resort.

In a recent interview, Anderson shared her thoughts about the upcoming Cup competition, how she maintains her dominance, a glimpse into other aspects of life in New Zealand, and how she feels about returning to the world’s largest gathering of professional and amateur racers in Wrightsville Beach.

Congratulations on maintaining your number-one world ranking for yet another year! How do you continue to be so successful?

“Thank you! Winning once is hard, performing and winning consistently over time is just plain difficult. There's something that pops up every year to test you, and taking these challenges in stride makes you stronger over time. Staying mentally fresh is something that is important, and I do this by having a defined off-season to allow me to do other things. I spent a lot of the winter back home in the South Island of New Zealand designing and building a house, and riding and racing mountain bikes. It's kept me out of mischief!”

How does it feel and what is it like being a global role model?

“It's both a privilege and a responsibility and one that I take seriously. There are always eyes on you, and you have to lead by example. Like everyone, I'm faced with significant challenges on a day-to-day basis and have to rise to the occasion and overcome these. I've had some bumps in the road to overcome off the water in the past year. When people see that you face the same things they do, it gives them a lot of belief that they too can rise to the occasion and overcome whatever they are facing.”

Are you excited about returning to North Carolina, defending your championship, and going after victory number five at the Carolina Cup?

“I'm always excited to come back to Wrightsville Beach! I love the chance to catch up with good friends, to meet new ones and spend a couple of hours in the pain cave grinding it out around the Graveyard course. A lot can happen out on that course, so I'll just focus on putting together a complete race. It's hard to believe that this will be my 5th trip to North Carolina.”

What are your thoughts about the Graveyard Race, its degree of difficulty, and your strategy to win this year?

“The Graveyard is one of the classics. It's got a bit of everything to test our entire skill set. You never really know what direction you'll be going until just before the start and there are so many different factors that contribute to trying to put together a complete performance. My strategy is what it always is – to roll my own race and make it from the start to the finish.”

The Carolina Cup is a long trip from New Zealand. How do you prepare for the race and adjust your body clock?

“Plain and simple, it's the roughest trip I have all year, and it can really knock you around. I try to arrive a couple of days beforehand. I coach all day Thursday and have event commitments on Friday, which means Carolina Cup is a true marathon test of stamina to survive the travel, race week and then make it through the actual race itself!”

Who will be your key competitors at West Marine Carolina Cup in 2017?

“While the depth of talent is always talked about in the men’s field, it's almost stronger and more condensed in the women's field. There are a lot of girls who are extremely hungry for a win to stake their name and claim in the sport right now. You can expect the usual suspects of Candice Appleby, Sonni Honscheid, Terrene Black, Shae Foudy, Angie Jackson and Fiona Wylde to be dangerous, but there are some dark horses outside of these names that I'll be looking out for that I know are very hungry.”

What's new in your life since Carolina Cup 2016?

“It is hard to believe another year has rolled around already! I have quietly launched Salty Sweaty Coaching, sharing my 20 years of training and racing experience at the highest levels with others, both remotely and in a squad environment, helping people develop skills and achieve their personal goals. I’ve already seen some incredible progress with the people I've been working with, and I get a huge amount of satisfaction seeing this. Look out for some very good excuses to come and play in some very rad places in the coming months. People are welcome to come and speak with me during the Carolina Cup to find out more or contact me online.” www.annabel-anderson.com/coaching 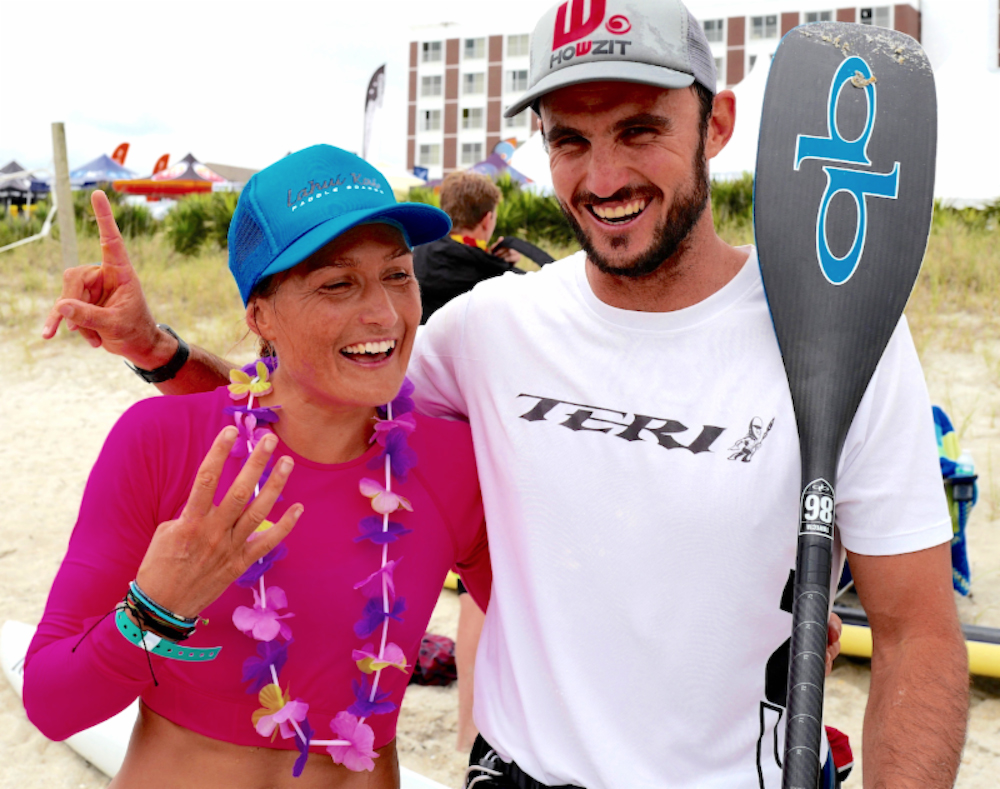 Organized by the Wrightsville Beach Paddle Club, sanctioned by the World Paddle Association, and based at Blockade Runner Beach Resort, West Marine Carolina Cup attracted most of the top professional paddlers in the world in 2016, as well as amateur and elite racers from practically every state in the nation.

To see more news on the Carolina Cup click HERE.