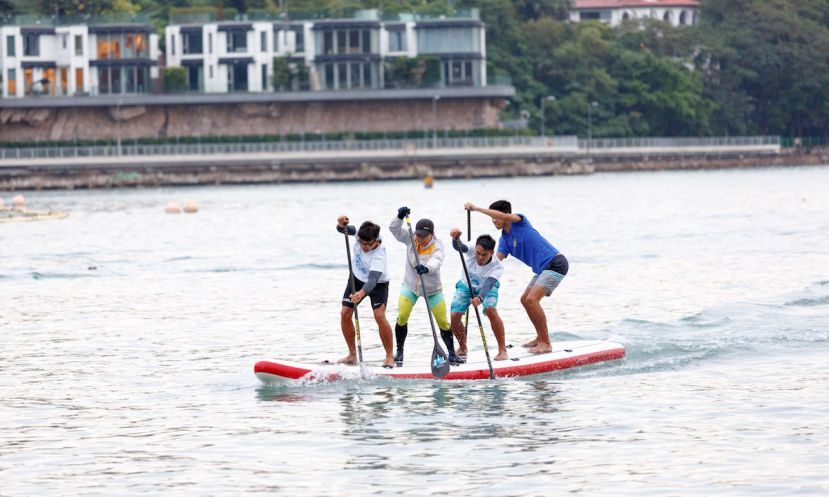 DEEP WATER BAY, Hong Kong - Last week saw the official start of the Dragon World Series as hundreds gathered to be part of the debut event at Deep Water Bay, Hong Kong. Held at Victoria Recreation Club, 13 teams of four competed on Red Paddle Co’s brand new team racing board, the Red Dragon, to be crowned the winners of this inaugural event.

Mixing the intensity of SUP racing with the camaraderie of team spirit, the four-person paddle board has been designed to bring real team racing into SUP for the first time. At 22 feet, 34” wide and 8” thick, the Red Dragon is a world apart from any other board on the market.

The event, which was the first of many taking place across the globe, was enjoyed by both amateur and elite teams, as well as hundreds of spectators. Event organizer, Robert Sheriff, commented on the day: “We felt proud to be hosting the first Dragon World Series event, particularly in the home of Dragon Boat racing.

“It was fantastic to see racers of all ages and abilities go head to head and compete on a level playing field. It really is a fantastic concept and makes racing a fun and fast discipline for all.”

The course was 300 meters long and had one, 180-degree buoy turn to keep the competitors and spectators on their toes as the teams fought their way through four heats to the final. After some fierce competition and a dramatic race to the finish, professional paddling team Surfski Paddles, from Think Kayak, were crowned the winners. In second place was local amateur team Blue Sky, whilst the Hong Kong SUP Association (HKSUPBA) team, finished in a commendable third place.

Sheriff continued: “The HKSUPA were a huge influence in not only getting many teams to the event, but they spread the word and helped towards event logistics. Without their help, the success of the day would not have been possible.”

The only rules on the day were that each team had to have at least one female participant and the paddlers had to be standing when starting and finishing the race. Red Paddle Co launched The Dragon World Series in conjunction with the release of the 22’ Red Dragon, inviting paddlers of all abilities to compete at regional events to qualify for the Dragon World Championships taking place in an undisclosed location in November 2017.

John Hibbard, Co-founder of Red Paddle Co stated: “Having unleashed the Red Dragon in October we have been really excited about this event in Hong Kong for some time and it couldn’t have been a more successful debut event. It’s great to see so many people come together to both spectate and race the Red Dragon. It’s time to unleash the Dragon!” 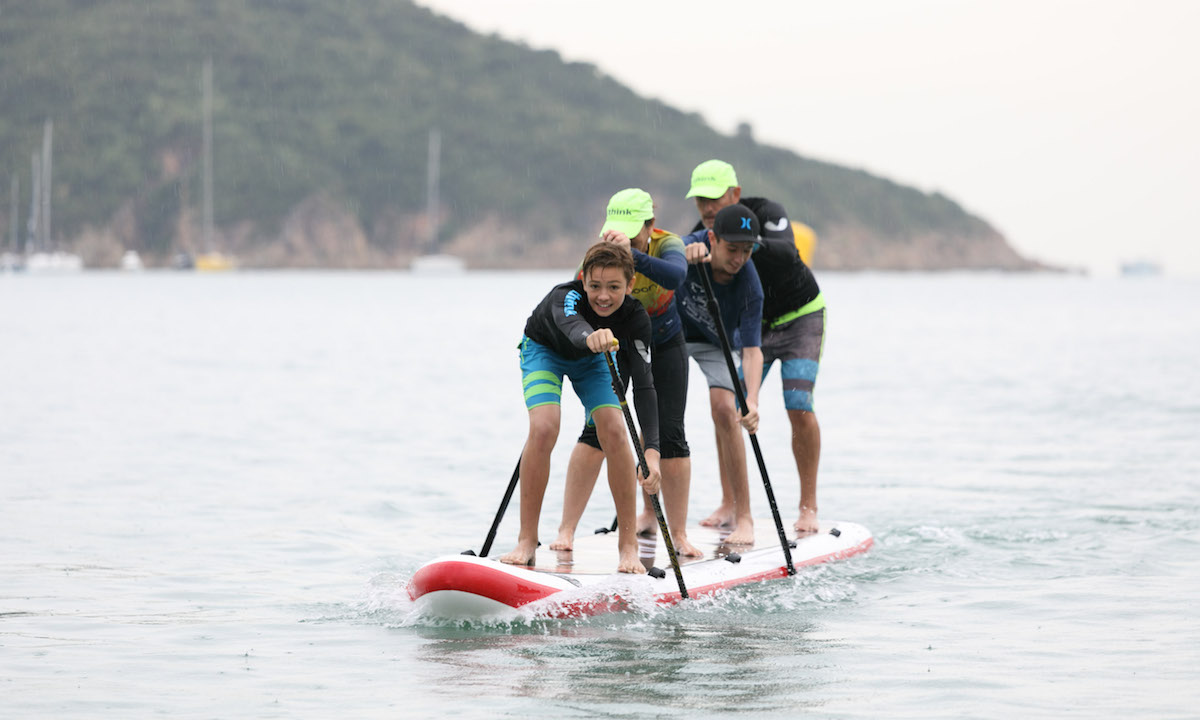 To find out more about the Dragon World Series and where your local event is, visit www.dragonworldseries.com today.

Red Paddle Co is an inflatable paddle board manufacturer based in the UK which is selling its products to 58 countries worldwide. They believe that riding an inflatable paddle board shouldn’t mean you have to compromise on performance, looks or quality. Riding a Red Paddle Co board offers the ultimate in convenience while delivering an authentic experience. Find out more at www.redpaddleco.com.

More in this category: « Distance Medals Awarded At Fiji ISA Fiona Wylde Rips Down Under »