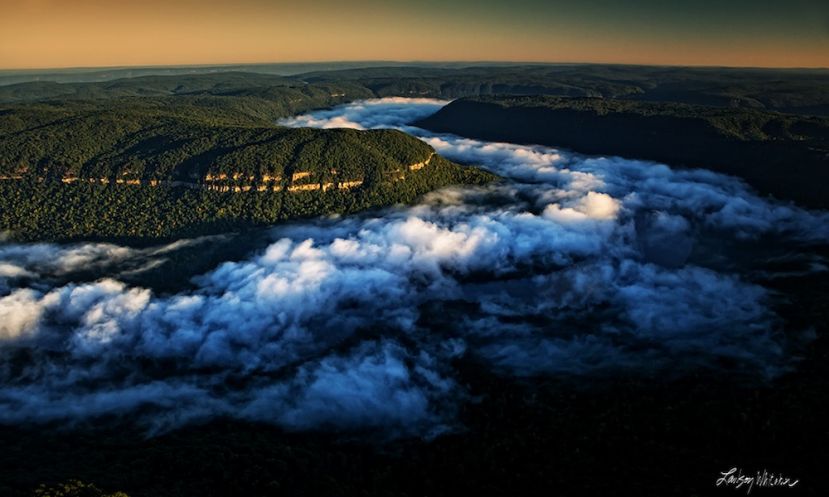 CHATTANOOGA, Tennessee - Chattajack is a 31-mile SUP/Kayak race in Chattanooga, Tennessee with the Chattajack course running the length of the Tennessee River gorge. The course twists and turns through a gorge with walls rising on both sides of racers 800+ feet overhead. The 2015 Chattajack taking place on October 24 of this year will host 300 racers, up 100 from 2014. Nearly half those 300 spots were grabbed on day one when registration opened May 1st.

So what’s all the Chattajabuzz about?!...... Men’s Journal referred to the race as almost having a “cult” following. The scenery in the Tennessee River gorge is astounding. The gorge is formed by the Tennessee River cutting through the Cumberland Plateau. So the scenery is nice but what else?.....A high school marching band is playing for racers entering the water, skilled artisans/craftsmen customize coveted prizes for podium finishers which reflect the gorge course, logistics are provided by the city of Chattanooga, grab bags are insanely generous, and each racer is given a map to help them find the finish line. Why a map? It would be hard to get lost on the course but the rivers have many twists and turns and the map can be helpful with orientation, predicting head/tail winds, and tracking mileage.

Chattajack is way more than just a race for many of its participants. Chattajack racers have spent much time preparing to put it all on the line come race day. While the participants are red-lining for 31 miles, Chattajack volunteers and organizers celebrate, spoil, and reward every racer on the water. Chattajack is unique in that it doesn’t offer monetary rewards to podium finishers. Instead, it just spoils everyone who crosses the finish line. So while you may not see the likes of Danny, Conner, Kai, Annabel, etc. in the starting line up, it’s still going to be a difficult podium to obtain and competition is climbing yearly. Last year Larry Cain won men’s 14’ SUP and Eric Mims took men’s surfski first place. But, it’s still a race that committed and disciplined paddlers (i.e. weekend warriors) can podium at.

The scenery in the Tennessee River gorge is astounding. Come and join in on the fun this year!

Leading up to the big dance, Chattajack creates a TON of stoke! Each participant has a personalized racer profile so everyone knows each other when race weekend arrives. Teenage racers often participate in interviews. Veteran Chattajack racers who have had past successes share tips on their strategies, training, and gear. Chattajack racer and ultra-ultra-endurance athlete Frank Fumich held the American flag before the 2014 race while the national anthem was sung. While staging for the race to begin the Chattanooga fire department was on the water with their water cannon. During the course, staged rest stops provide nutrition supplements and even a bucket of KFC chicken for those tempted.

At the Chattajack finish line, racers turn a final buoy crossing an electric split initiating their final 300 yard sprint to the finish. As if the previous 31 miles wasn’t enough! The 300 yards are flanked by a long dock full of cowbell ringers, cheers, friends and family. After the race is over and everyone is off the course the after party and award ceremony commences. Live music, Kona beer, and camaraderie is abundant. The Chattajack Facebook page and website are also updated frequently with photos of the scenery on the course.

The inaugural Chattajack took place in 2012 with just under 40 racers then grew to 100 in 2013. The majority of the racers in the first two years were standup paddlers but the secret has gotten out and more and more divisions are rapidly catching up including: surfski, kayak, prone, and outrigger canoes. If this sounds like the race for you here are some quick tips:

Log lots of miles and hours on your board before taking on the challenge. Yes, there is current, but it won’t do the work for you.

Be comfortable paddling in different conditions including cold temperatures.

Fall colors are beautiful in the gorge but a cold snap sometimes can make for cold temperatures.

Study nutrition and what makes your body hammer.

Train with electronics to monitor your heart rate and moving averages.

The last thing you want to go wrong race day morning is something malfunctioning. Race organizers will have a safe place for you to place all your gear at the water’s edge the evening before the race but just know that it’s all good to go. 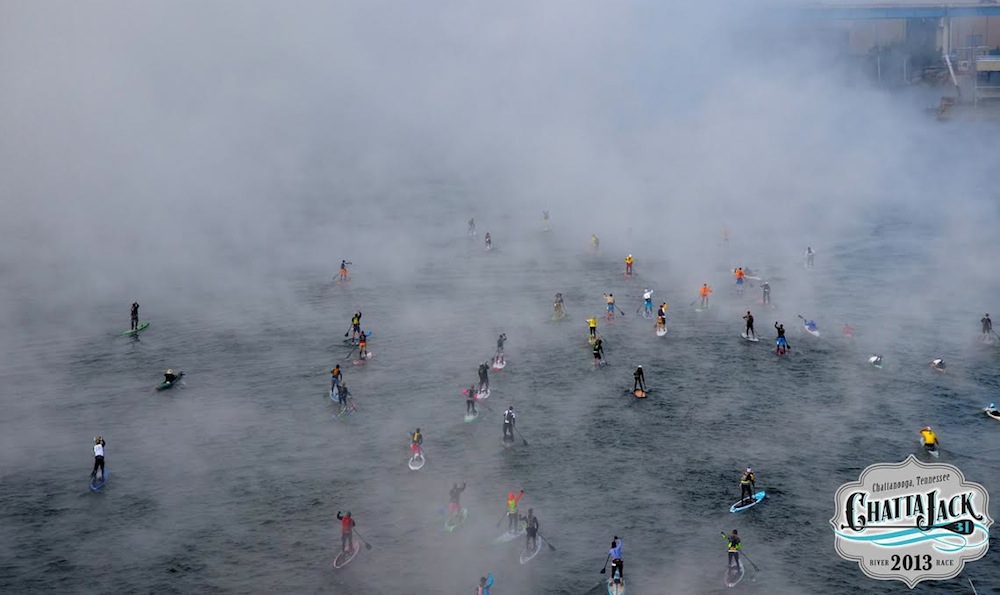 This year the Chattajack will be awesome with even more fun added!

The 2015 Chattajack will be a whole new level of awesome this year. The event will still take place downtown Chattanooga but it has moved to the other side of the river to accommodate the growing numbers. Chattajack will host board storage, pre-race check-in, award ceremony and after party from Ross’s Landing park. Ross’s Landing is located beside the Tennessee Aquarium. Just look for the big tent, boards, skis, vessels, and STOKE!! The race has also picked up so heavy premier sponsors including Toyota, Kona and Werner Paddles. Best of luck to all the participants who have registered and begun their training!

For more info on the Chattajack and to register, click here.