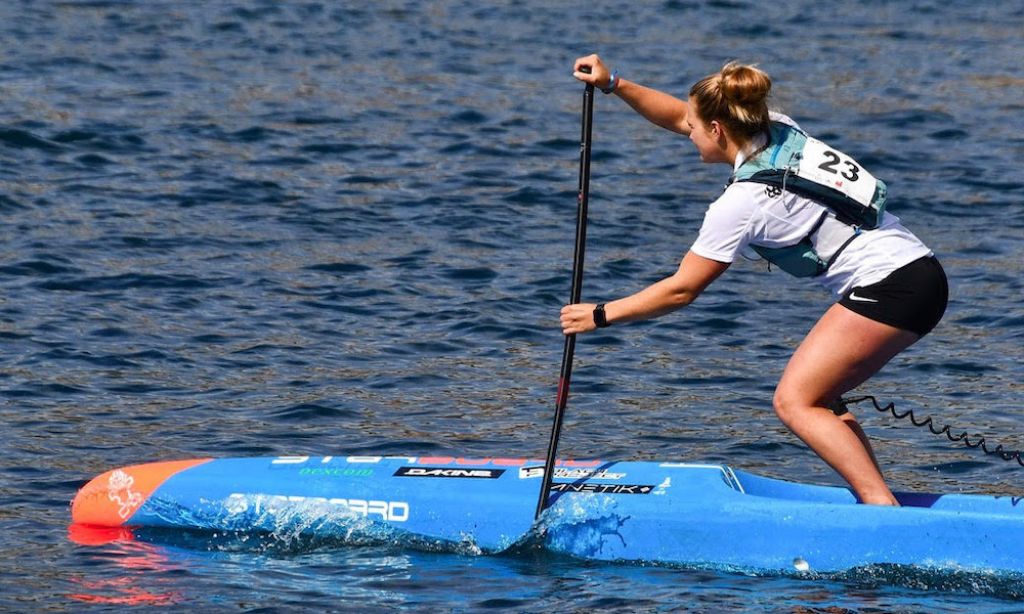 Fiona Wylde will be headed to China for the ICF Championships. | Photo courtesy: ICF

QINGDAO, China - Many of the very best stand up paddlers from around the globe, including World and European champions, are among entries for the 2019 ICF world championships in Qingdao, China, later this month. Australia’s Michael Booth, Germany’s Sonni Honscheid, France's Olivia Piana and Americans Fiona Wylde and Connor Baxter are among the international stars who will be racing for world title glory in China. More than 100 athletes from all over the globe have already registered, with entries still open.

Booth and Wylde will both head to China full of confidence after their wins at the ICF SUP World Cup in Germany last month. Booth is a two-time world distance race champion and has also been Euro Tour champion twice.

Fiona Wylde had a major breakthrough in her SUP racing career in 2016 when she won her first APP World Title, and has been firmly lodged in the top three ever since. Her battle with Honscheid was a highlight of the German World Cup, and has set the scene for what should be a gripping women’s race in China.

Honscheid is a stand-out performer in women’s stand up paddling. She is a six-time world champion and six-time European champion, and has also triumphed on the tough European tour twice.

Baxter will be looking to add the ICF SUP world champion title to an already golden resumé. The 25-year-old has dominated the Pacific Paddle Games since its inception, is a two-time SUP athlete of the year, holds records all around the world and also held the title of fastest paddler on the earth.

“I can’t wait to get to China for this event,” Baxter said. “I’ve already looked over the course maps online, and am very impressed. I’ve registered for all the divisions and am looking forward to a great event. I’m looking forward to testing my skills competing against the best of the best.”

Baxter has been competing against the world’s elite for more than a decade, and paddles more than 70 kilometres every week in training. It’s the sense of community in the SUP racing world that keeps him motivated, and the dream of getting the sport into the Olympics.

“My long terms goals are to stay fit and at the top level for when SUP makes it into the Olympics,” he said. “Since I first started SUP racing a lot has changed. For starters, it was mostly downwind races for the first few years on big, unlimited boards. Now we are basically racing wherever there is water, no matter the conditions, and using 14 foot boards.”

The 2019 ICF stand up paddling world championships will be held in Qingdao, China, from October 24-27. Along with sprint, technical and long distance races, there will also be an inflatable race as well as juniors and masters events.

More information and entry forms can be found at the ICF event website.