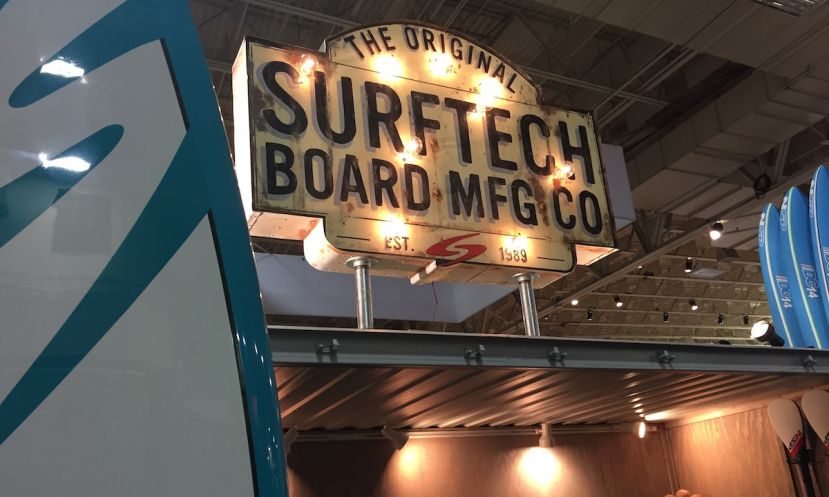 CARLSBAD, California - Surftech, The Original Board Manufacturing Company, announced today that they have made some major changes to their executive management team as part of their ongoing restructuring initiative that began over a year ago. The changes effect sales and operations of the company and include the promotion of Ryan Guay to VP of Sales and the addition of Monique Dabbs to the position of Director of Operations.

Ryan Guay joined the company early this year and has been spearheading the integration of the NSP brand into the Surftech family of brands. The promotion of Guay to VP of Sales for Surftech and NSP was based on the company's desire to have a singular voice and direction with their sales initiatives in the market. Guay's rapid success with NSP, previous experience as Global Sales Manager with Boardworks and years in the field bring Surftech a wealth of leadership in his new role. In addition to his experience and background in managing geographically dispersed sales teams, Guay is an avid surfer and paddler, whose passion for the sports adds another level of personal authenticity to Surftech's growing management team.

Monique Dabbs, who was also formerly with Boardworks as the Controller, has an extensive finance and operations background and was instrumental in their growth prior to their acquisition by Confluence Outdoor earlier this year. Dabbs will be managing all aspects of the companies operations from purchasing to customer service. Surftech has made the restructuring of their customer service organization a priority in their recent efforts to continue being the leader in the space. These changes are designed to help retailers and customers have a positive experience with the Surftech and NSP brands and to support them in their growth with the sport.

"Having Monique Dabbs join our team and promoting Ryan Guay to VP of Sales are very important and strategic moves for us as we prepare for what we believe will be a banner year for Surftech" stated Chris Dunn, CEO. "The changes we are undertaking are designed to make us a stronger company better prepared to capitalize on the opportunities of the future and to be better fortified for the challenges we may encounter along our journey."

Along with the changes to the executive management team and restructuring of its operations, Surftech has been revamping its lineup in Surf and Stand Up Paddling with the introduction of new brands, new models and new technologies for 2016. The biggest change for 2016 is their newly formed partnership with NSP (Nature Science Passion) to be their US distributor of its entire product line. The addition of NSP was complimented with the re launch of Donald Takayama Surfboard line, an expansion in the Channel Islands offering, new SUP race boards from BARK and some key additions the wildly successful EMQ surf program that was launched earlier this year.

"We hit the ground running with NSP earlier this year and have had amazing response from our retailers through out the US and Canada" notes Ryan Guay, VP of Sales. "Surftech has such an amazingly refined line this season that really speaks to the demands of consumers that we are projecting a great year for our company, our partner brands and our retailers."

Surftech was founded in 1989 and is headquartered in Carlsbad California. For more information regarding this release or other questions please contact Rob Farrow VP of Marketing at [email protected]

More in this category: « World Series Finals Returns To Turtle Bay To Crown 2015 World Champions A Historic Start To Day One Of The 2015 Pacific Paddle Games »