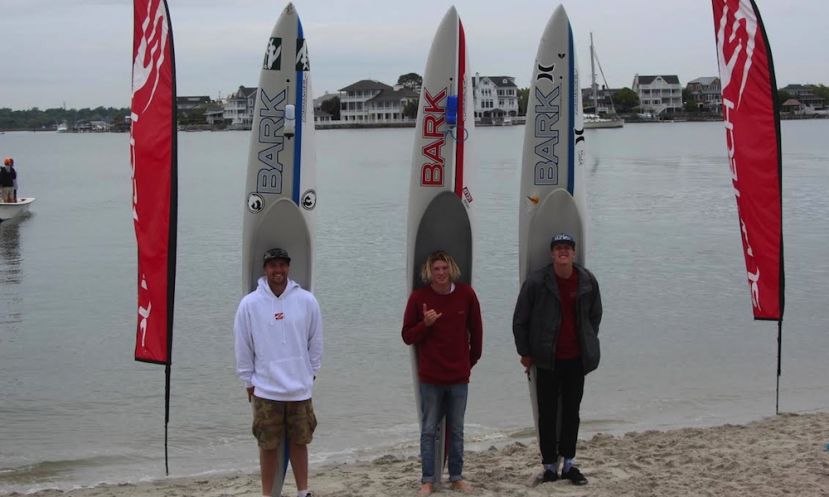 the new Surftech Bark 12’ Commander is already exerting its superiority in the water with back-to-back victories on opposite coasts in the last two weeks.

CARLSBAD, California - With the season barely underway, the new Surftech Bark 12’ Commander is already exerting its superiority in the water with back-to-back victories on opposite coasts in the last two weeks. Starting at the Carolina Cup in Wrightsville Beach, North Carolina Surftech ambassadors Zeb Walsh, Lachie Lansdown and Jack Bark swept the men's stock paddleboard elite division. On the women's side, Surftech ambassadors DJ O'Brien and Lacie Flynn took 1st and 3rd in the women's stock paddleboard elite division. The Carolina Cup is the largest paddleboard and stand up paddleboard event in the nation with over 1,000 participants from around the world competing in 3 different races, clinics, and what has been billed as the largest outdoor demo on the east coast.

This past weekend in southern California, at the famed Malibu Downwinder, Lachie Lansdown and Jack Bark repeated their performance from Carolina, finishing first and second in the men’s stock paddleboard elite division.

This is the same board that out of the box won both the men’s and women’s Molokai 2 Oahu Paddleboard World Championships, smashing the existing world record by over 11 minutes. “The design of the Commander is a combination of my 30 years of experience on the water and an ongoing collaboration with the many of the best paddlers in the world,” said Joe Bark. “Working with Surftech has been awesome. With their technology, any paddler can grab a board off the racks and get on the exact same board that holds the world record and is winning races.”

The proven race record of the Commander has made it the number one choice for international competitors from around the world. Heading to the ISA World Championships in Salulita Mexico next week, top athletes from the US, South America, Australia and Hawaii will all be competing on the Commander as they pursue the prestigious world championship title.

“We are proud to have so many great athletes make the podium at such prestigious events,” said Chris Dunn, CEO of Surftech. “The Bark Commander continues to be the most popular paddleboard around the globe, and with good reason - it’s a proven winner.”

For more information on the Commander, watch “Conversations with Jack Bark”:

Surftech, “The original board manufacturing company”, was founded in 1989 in Santa Cruz, California by Randy French. A pioneer of composite technologies, Surftech was the first company to introduce composite manufacturing to the surfing, paddling and SUP industry. Surftech’s business model has always been about board builders giving them a way to scale and expand their businesses with a seamless solution that complimented their existing lineups. In the early 90’s, Surftech partnered with a world-class international factory that matched their commitment to excellence, providing unparalleled capabilities, strong environmental practices, unmatched craftsmanship and most importantly could scale to meet demand.