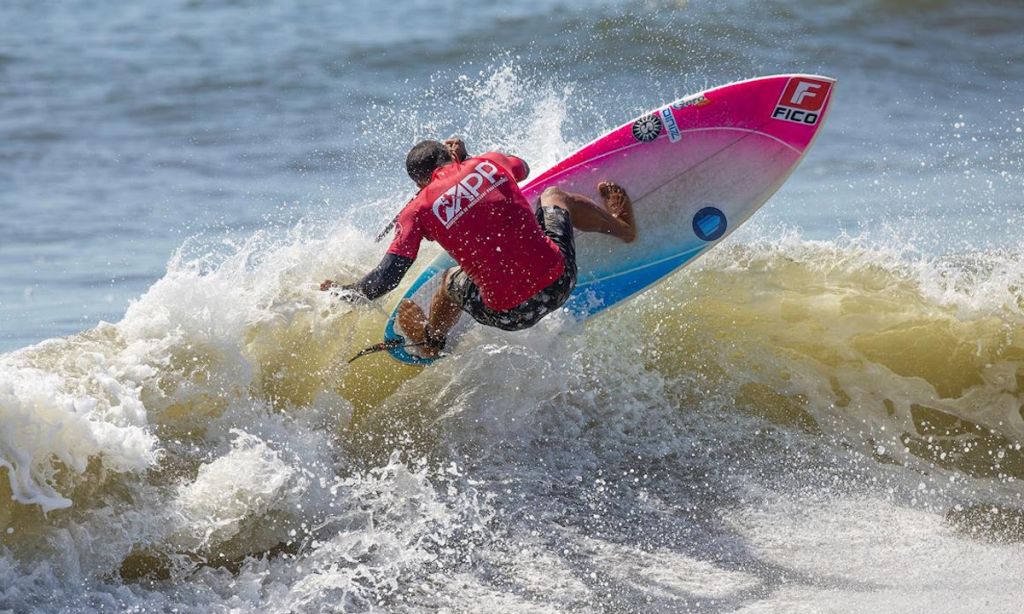 Luiz Diniz secures his first ever event victory on the APP World Tour and moves up to #2 in the World after New York. | Photo courtesy: APP World Tour

LONG BEACH, New York - On a beautiful finals day in Long Beach, New York, the action did not disappoint, as the World's best on the APP World Tour stepped up to battle it out for the event crown and the next step towards a World Championship Title. Beautiful, groomed 3ft surf showed up on cue for the start of the quarterfinals, as triumphs and upsets saw the cream rise to the top, with Luiz Diniz from Brazil claiming his first ever APP World Tour Event win and Izzi Gomez re-taking the ratings lead. 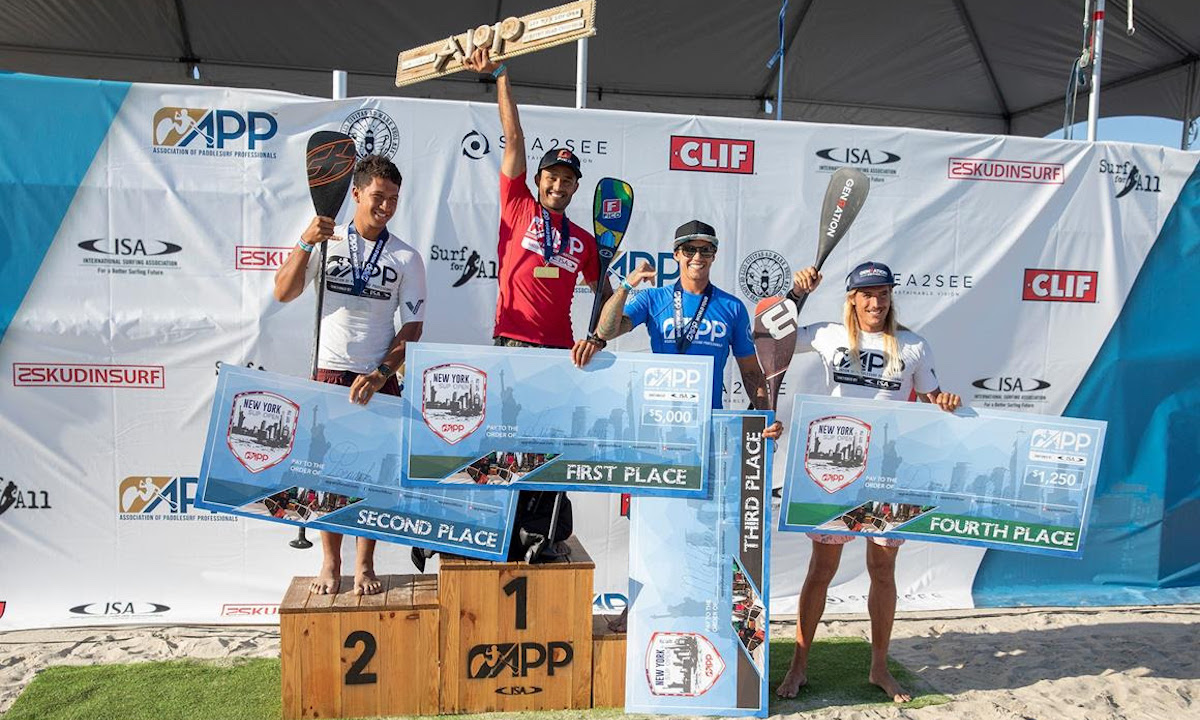 Luiz Diniz has been a constant threat on Tour over the past few years, bringing his unique brand of progressive surfing to each and every heat and fast becoming a real contender for the World Title in the process. It was a big moment for Luiz yesterday, as he secured his first event victory on Tour and cemented his position as number 2 in the World in the process, establishing himself as a real title contender in 2019.

His pathway to the event win was not easy however, having to take down an on-form, and equally progressive Zane Schweitzer (who finished 2nd here in 2018), Daniel Hughes, who was fresh from taking down the 2018 World Champion Sean Poynter and then finally the current World #1, Poenaiki Raioha from Tahiti.

Clearly emotional and ecstatic about his win, Luiz is fired up and more hungry than ever to fight for the Title in 2019. While the surge of Brazilian talent on the WSL (World Surf League) Tour is known as the Brazilian storm, the APP is witnessing its own Brazilian storm now, with Luiz leading the charge, but Wellington Reis, Matheus and Leco Salazar and Leonardo Gimenes all right there in the hunt. 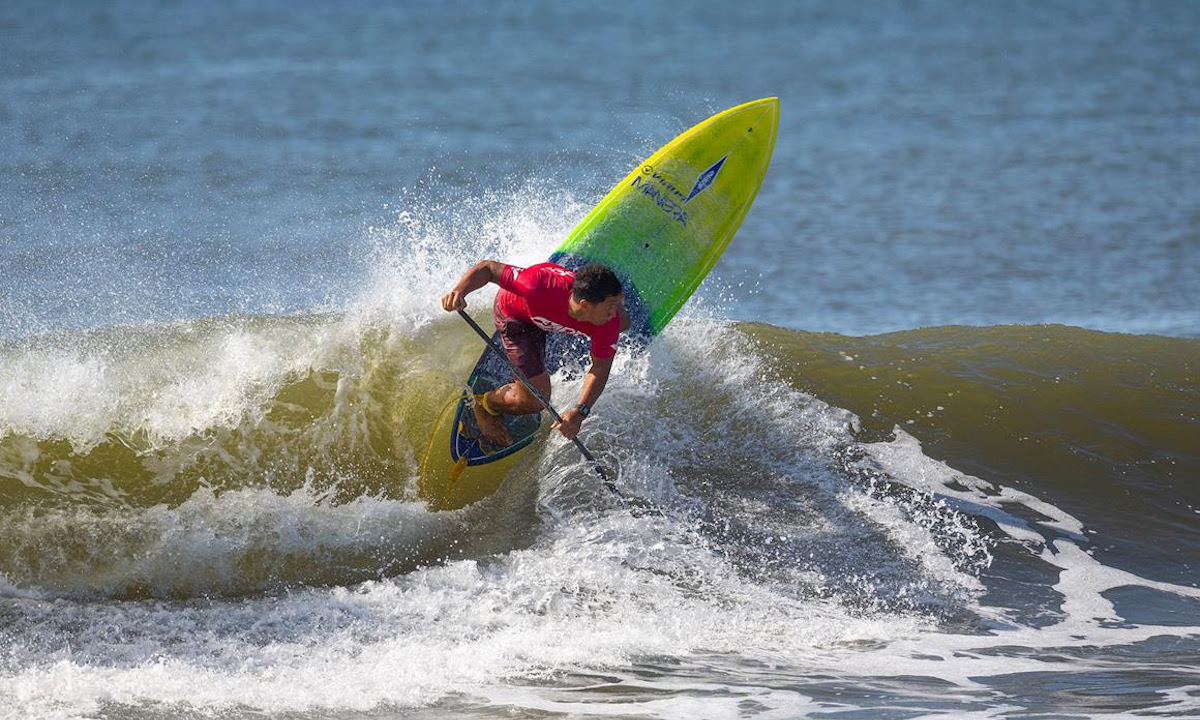 A standout of the event, Poenaiki Raioha once again wowed the judges and spectators alike with fluid, powerful surfing of the kind only he can do, flowing his ways through the rounds on his road to the final. Coming up against wall after wall of Brazilian talent, Poenaiki first took care of a high flying Leonardo Gimenes, one of the brightest young talents on Tour, then Matheus Salazar, who was, without doubt, the on form surfer of the event, before coming up against the eventual winner, Luiz Diniz.

While the deteriorating conditions didn't help Poenaiki's campaign against Luiz in the final heat, he put on a solid display of his power surfing, but it was not enough to take down the radical Luiz to take the win.

That being said, a 2nd place here in New York provides Poenaiki with a healthy lead coming into the next events, as he has his sights firmly set on a World Title in 2019. 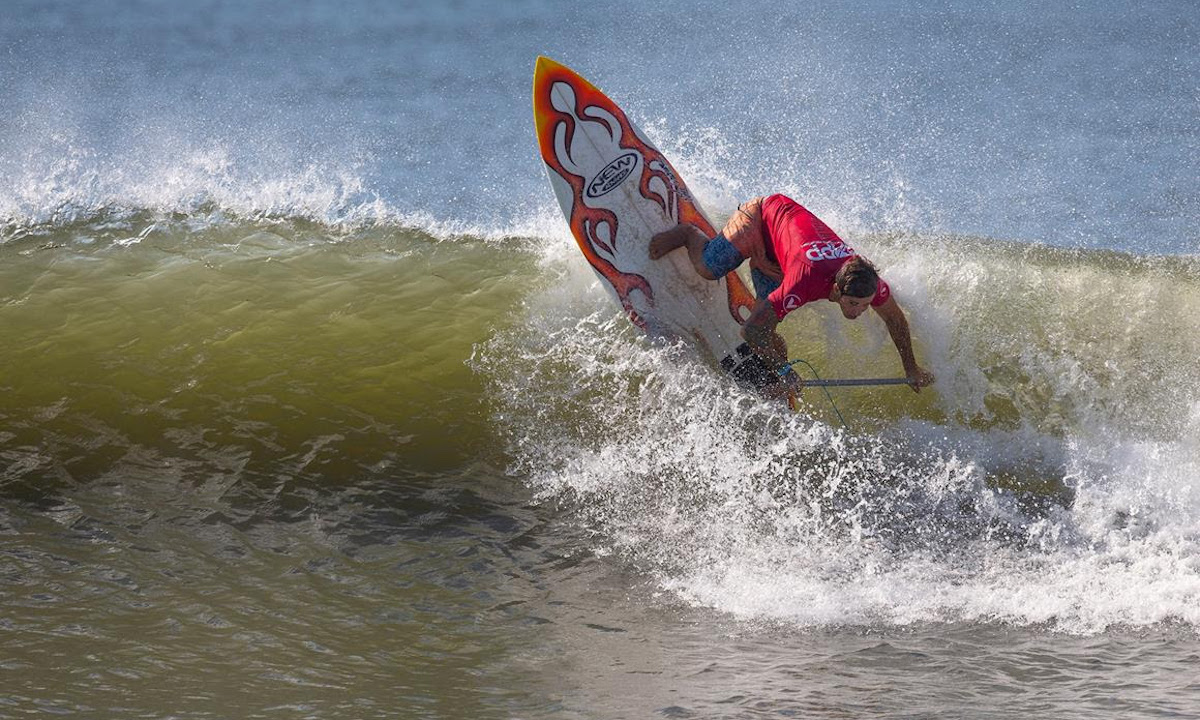 Leco Salazar was Brazil's first World Champion on the APP World Tour, paving the way for the wealth of talent now on the Tour, and still a major contender in his own right. However, Matheus has been on the scene for some time now, but here in New York, it seems as though he came into his own, finding incredible rhythm, and establishing himself as one of the most in-form surfers in the draw. On his way through the draw, he took down some of the best of the best, inclusive of the most intense heat of the 3rd round that featured Wellington Reis, Caio Vaz and Matheus that saw the 2x World Champ Vaz exit early at the hands of Matheus and Wellington.

For much of the event he seemed unstoppable, eventually falling to the World #1 Poenaiki Raioha in the semis, but overcoming Daniel Hughes in the consolation final to finish in 3rd place. This impressive result now propels him into 5th place overall on the APP World Tour, with momentum behind him and two events still to come in the 2019 season. Watch out for Matheus through the remainder of the year, as he will be a major force to be reckoned with coming into the backend of the year. 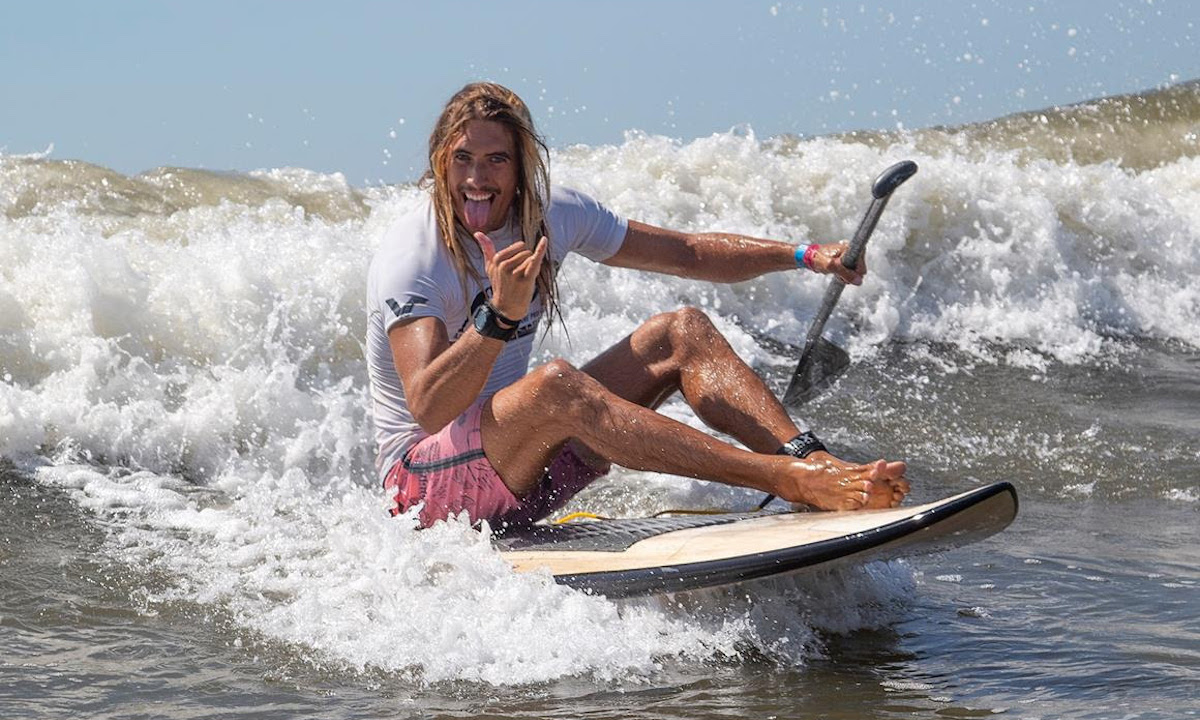 It's been a few years since we saw one of the USA's great talents, Daniel Hughes take center stage on the APP World Tour, but it was a welcomed return for the talent from Surf City USA this week in Long Beach New York, as he proceeded to get on an incredible roll all the way through to the semifinals.

His surfing has matured, as has his competition prowess, and his victory against the current World Champion Sean Poynter in Round 4 was a true testament to this, followed by a victory over the ever impressive Fisher Grant, and then falling short of the number required to beat the eventual winner Luiz Diniz by the smallest of margins.

A 4th place in New York is a great finish for Daniel and a sign of things to come as we ramp up for a spectacular backend to the year in Barbados and finishing of course in Las Palmas de Gran Canaria, that showed in 2018 the mecca that it is for performance Stand Up Paddlesurfing. 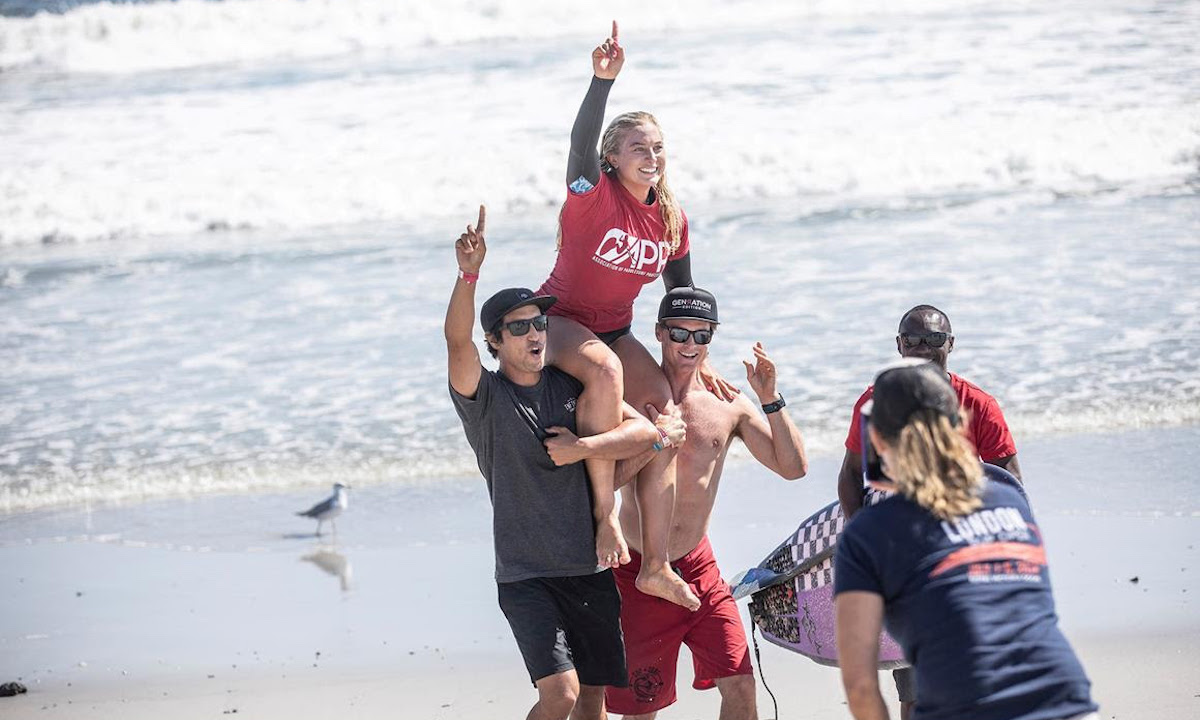 Izzi Gomez's return to New York this year was an anxious one - it was here last year that she faltered uncharacteristically early, preventing her from retaining the World Title in 2018 despite winning the final event of the year in Las Palmas de Gran Canaria. Then, Sunset Beach came around, and she was looking strong, but Fiona Wylde was able to come out on top to kick off the year on top for what is setting up to be one of the most exciting and competitive years yet for the women of the APP World Tour.

Fiona came up short here in New York, bowing out in Round 3, leaving the door open for Izzi to capitalize and get back on top and capitalize she did, powering through an on-form Aline Adisaka in the quarterfinals, and then Vania Torres in the semis to secure a finals berth and secure that ratings Lead.

Facing a formidable new talent on Tour, Yuuka Horikoshi, the final saw Izzi and Yuuka go blow for blow, with Izzi eventually overpowering the new face on Tour to take the well deserved victory here at Stop #2. With Barbados coming up next, a place that she knows and loves, Izzi will be the one to beat and has her sights set on another World Title in 2019!

Yuuka Horikoshi made her maiden appearance on the APP World Tour several years ago as a young girl at the US Open in Huntington Beach, California, and back then she turned heads as a major talent to watch out for. However, after a few years away from the Tour, Yuuka came into the New York SUP Open as a spoiler, a new face on Tour that is ready to take down the World's very best.

To get to the final, she had to take on and take out amongst the very best in the World. First it was Lara CLaydon, who has been on great form here in New York, then it was one of the most in-form surfers of the women's bracket, Shakira Westdorp in the semis, to make it through to the finals to meet the 4x World Champ, Izzi Gomez.

Unfazed by the challenge, Yuuka went blow for blow with Izzi until the final seconds of the heat, having to concede defeat, but finishing with an impressive 2nd place at the New York SUP Open. One thing is for sure, Yuuka is a name to watch through the remainder of the 2019 season and a certain Title contender for the future. 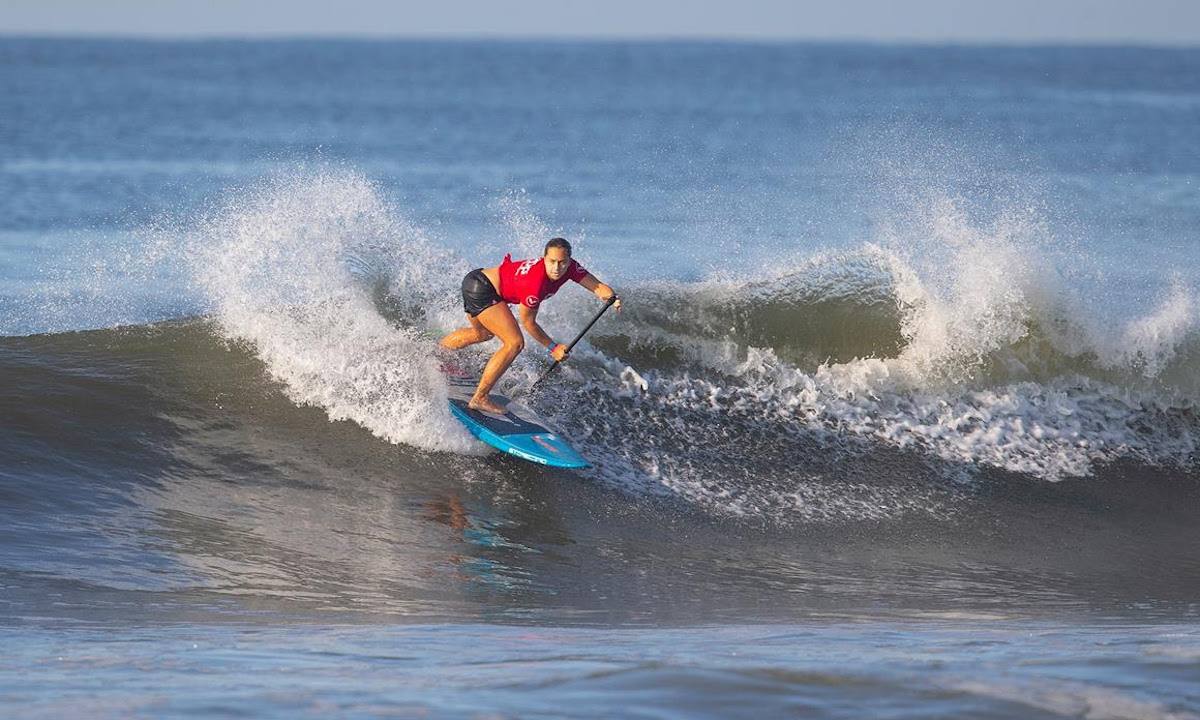 Shakira Westdorp continues to be one of the most dangerous threats on Tour, finishing in 3rd place in New York. | Photo courtesy: APP World Tour

Shakira looked more ready than ever to take her first event win here on the APP World Tour, with crisp, powerful surfing that saw some of the highest scores posted in the Women's field. In fact in the quarterfinals, Shakira might well have peaked early, discarding excellent scores as she had posted so many during the heat.

In the semis, a broken fin early on seemed to throw her off, as she was never able to regain the form she had found in the quarters, unable to overcome the roll that Yuuka Horikoshi had established, despite a back and forth battle to the end.

Despite the frustration of falling short of the final, with a 3rd place in New York, Shakira is still very much one of the major contenders for a Title. So watch out for her through the remainder of the season, as she will be looking to come back with a vengeance in Barbados.

Vania Torres continues to rise up the ranks and make her presence felt as a real contender on Tour. | Photo courtesy: APP World Tour

Vania Torres from Peru made a real surge in 2018, putting the best in the world on notice that there was a new face and talent on the Tour that was there to stay. This second event of the year in New York continued this theme, as she powered her way through the draw to the semifinals, falling to the eventual event winner, Izzi Gomez.

While she wasn't able to best Shakira Westdorp in the consolation final, forcing her to settle for 4th overall, she has set herself up well for the next events on the calendar, and positioned herself as a real contender on the APP World Tour. 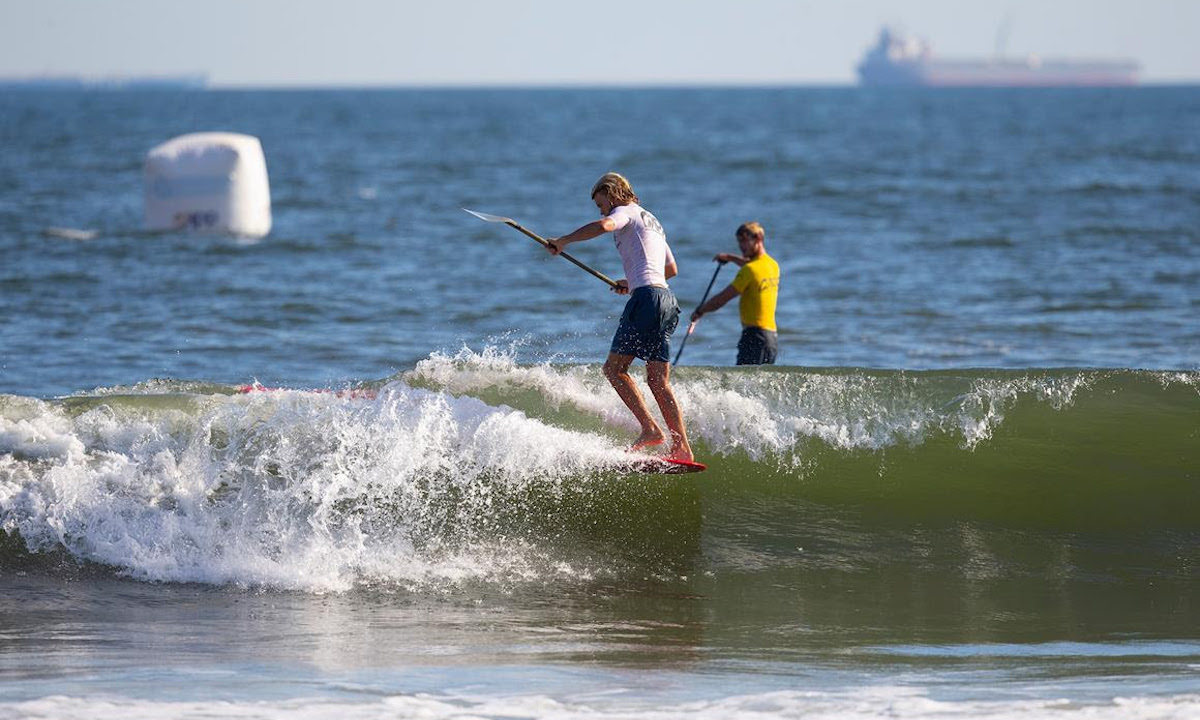 The final piece of the surfing component of the 2019 New York SUP Open was the Longboard Exhibition, that saw a selection of the World's best SUP Surfers transition onto longer boards and showcase their versatility and style.

As expected, well rounded watermen such as Zane Schweitzer, Dave Boehne, Fisher Grant, Matheus Salazar and Benoit Carpentier all stepped up to do battle, as did some great East Coast legends, making for a fantastic showcase of this unique part of the sport that will no doubt become increasingly featured moving forward on the APP World Tour.

In the end, it was Fisher Grant from Florida who stole the show for the men, and Lara Claydon for the women, after an extremely entertaining showcase of talent and style. Stay tuned for more on the SUP Longboard exhibition coming soon at www.appworldtour.com and @appworldtour 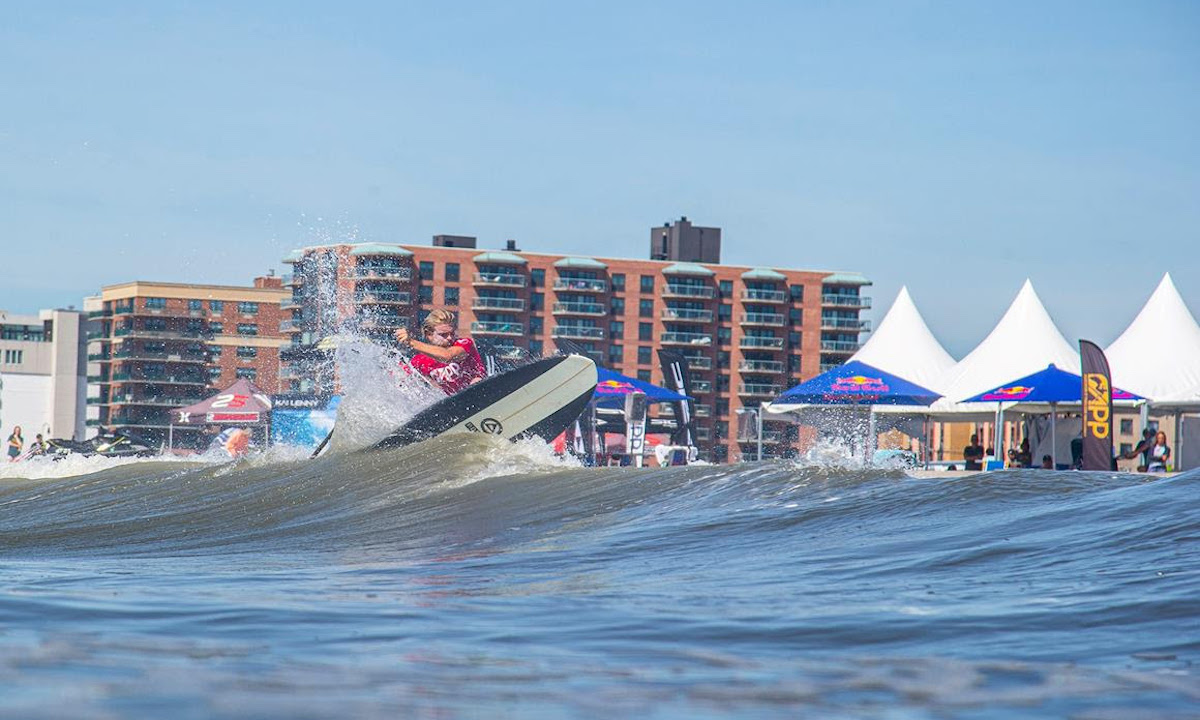