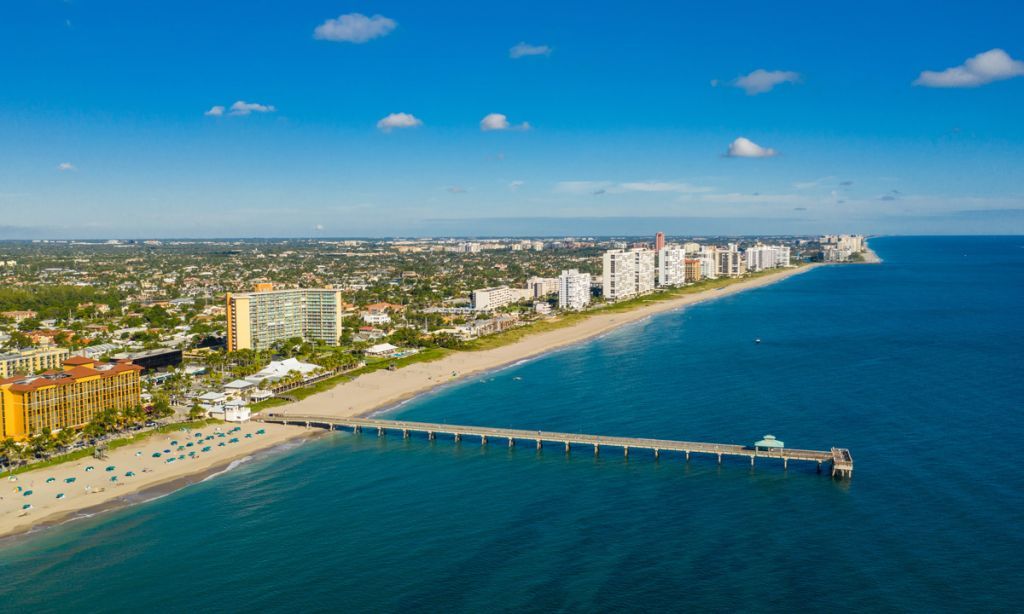 DEERFIELD BEACH, Florida - On June 15, 2019, in Deerfield Beach, Florida, USA, Salty Dog Paddle and its sponsor - Dixie Divers - officially set the record in the upcoming 2021 Guinness Book of World Records for the Largest Underwater Clean-up in history. They had 633 participants and over 100 spectators on the beach and Deerfield Beach International Fishing Pier at the 2019 victory. During the attempt, more than 544 kg (1,200 lb) of trash were removed from the Deerfield Beach Pier by SCUBA diving participants who passed the trash to paddlers from the charity on stand-up paddleboards, who transported the trash to the beach to avoid getting out of the water each time to empty their bags. The trash largely consisted of fishing line and lead weights used in fishing.

The waters at Deerfield Beach in Florida, USA, are cleaner thanks to the environmental efforts of Salty Dog Paddle, a federally and state-licensed environmental and animal welfare agency that works with the Florida Fish and Wildlife Conservation Commission and the U.S. Coast Guard. After gathering a total of 633 divers at Deerfield Beach International Fishing Pier, the charity set the record for the largest underwater clean up in 24 hours – successfully removing debris that consisted of fishing line, garbage, even larger materials such as boat ladders and barbells, which previously laid beneath the water's surface. Divers for the event traveled in from all over the world to become a part of record-breaking history – some who are based as far as Europe and South America.

The participants spent two and a half hours scouring the depths of the sea for any waste that could be degrading the ecosystem. According to locals, the cleanup has significantly improved the water quality for marine life in the area, and residents are hopeful that it will increase populations. The city of Deerfield Beach took all debris from the attempt and sent it to be recycled. Salty Dog Paddle has since announced that the underwater cleanup will continue in association with Dixie Divers as an annual event.

Salty Dog Paddle is a nonprofit surf and SUP brand whose sole purpose is to save injured rescue dogs and marine life by stepping up where animal rescues can’t through the brand and dog-friendly water sports activities and events.