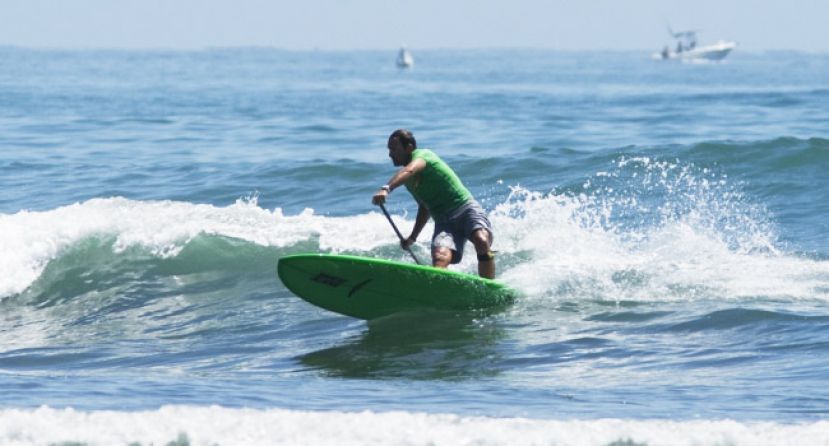 Pacific Beach, California — The Revolt SURF SKATE SNOW Pro Am, by Revolt In Style Magazine in association with the Ultimate Boarder™ Championship, will provide the ultimate proving grounds for the future generation of action sports heroes. Three different board sports. Nine separate events, held over 9 months. Designed to gather the finest athletes around, to compete individually and on teams, in the 4th Annual Ultimate Boarder™ Championship in March 2011. Individual's, men’s, women’s and youth teams will all be represented.

Here's the deal! The surf divisions that qualify for the Ultimate Boarder™ teams (each made up of one surfer, one skateboarder & one snowboarder) are: Pro-AM division (3 spots), Juniors and Groms (1 spot), and Womens Open (1 spot). For the team qualification, points will be ranked just like a normal surf series (with 1000 to first and going down from there). So make your heats and be at the top of your class!!! If you qualify for the UB event, you will be teamed up with other qualifiers from their respective disciplines. If a rider makes it on a team, they will not have to pay entry fees, travel or hotel stays (if applicable). Oh yeah, and they will have a shot at a $20,000 prize purse for the team divisions! Plus, national television exposure and a chance to ride with some of the top surf, skate and snow athletes in the World!!!

Also, there is the Individual Division! This challenges an athlete in all three disciplines (surf, skate, snow). If you think you are good at all three, then now is your time to qualify! We will be taking 10 qualifying spots. The way it works is surfers for Individual Qualifying will be given two fifteen minute heats to get two scoring rides. NO elimination, NO pressure!!! Just go out, be patient and get the best waves possible! Scores will be added after the two surfs. The surfer with the highest two wave point total at the end of the day will get paid 50% of all the entry fees for the Individual Qualifier Division!! Now this is important and awesome! Over the course of the 3 qualifying surf events you can replace up to one score per event. For example, if you got two 4's in the first qualifying event you can try to replace one of those score in the following event. So, there are plenty of opportunities to secure a position in the Ultimate Boarder Championship and a shot at a $50,000 prize purse!

The Revolt SURF SKATE SNOW Pro Am events are open to the public and anyone can compete. Athletes can compete in all 3 series or just the sport of their choice. Each event provides the athlete with the opportunity to win surfboards, cash prizes and incredible swag from all our sponsors. All events are eco-friendly. We have partnered with the Surfrider Foundation, San Diego Coastkeepers, San Diego Lifeguard association, New Leaf Biofuel, Global Clean Water and more, to help raise environmental awareness to the public. 2010 Official RSSS Sponsors include: Power Balance, Firewire Surfboards, Quiver Surfboards, SIMR Surfboards, Bull Taco, Victory Wetsuits, Long Hard Ride, Skin Industries, Kicker Audio, Pleasure Ground Eyewear, Joe Roper's Ding Repair, Cal Sound, 858 Graphics, Plus One Water. Our charitable partner is Surf Lifesaving Del Sur.


Three Skateboard Series events and Three Snowboard series events dates and locations TBA July 1. Each event will be broadcast live at www.revoltinstyle.com and www.ultimateboarder.com. The top three overall points leaders from each series will secure themselves a spot on a team to compete in the 4th Annual Ultimate Boarder Championship against reigning Team Champions – Team Hosoi (Brandon Cocard, Rob Machado & Christian Hosoi). Ten Individual athletes will qualify to compete.

About RSSS 4.0
The RSSS has been one of San Diego’s Hottest Pro Am Surf Comps. The past three seasons have been epic, with each year even better than the previous. Now with the addition of a qualifying series for Ultimate Boarder™ the RSSS is again poised for another stellar year. More prize money, more locations, larger setups, live web casts, stronger media ties, and other events tied in such as the surfboard demo’s, parties and music. The annual ‘Green’ Surf Series is supported by surfers and media from around the globe & helps raise awareness for global environment issues. For more information visit www.revoltinstyle.com

About Ultimate Boarder™
Ultimate Boarder™ is a one-week competition to find the athlete and team that can conquer the art of surfing, skateboarding and snowboarding.  Ultimate Boarder™ was created in response to the growing popularity of these sports, and as a way to promote healthy athletic lifestyles among young athletes in a positive and competitive environment that grooms role models and heroes for our country’s next generation. For event details, rules and eligibility, visit www.ultimateboarder.com