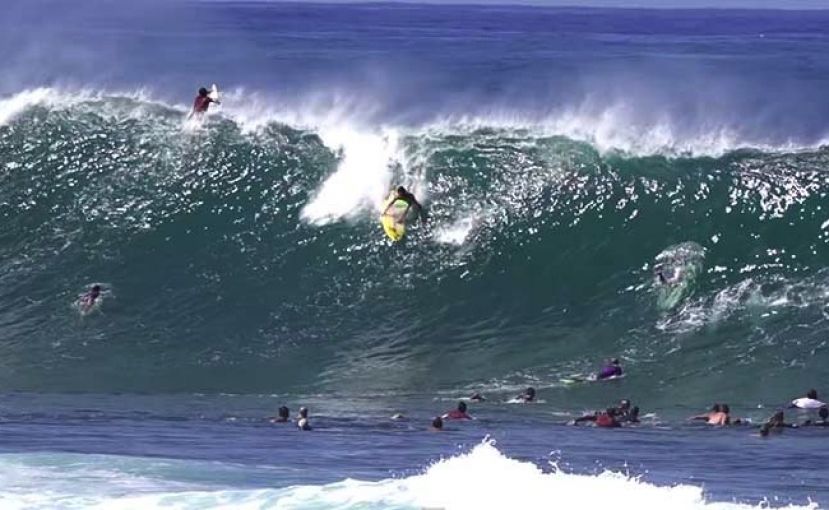 Mo Freitas drops into a bomb at the infamous Pipeline. | Photo courtesy of the Waterman League

The Annual Da Hui Backdoor Shootout will celebrate the 50th Anniversary of the Duke Kahanamoku Invitational this year with the continuation of the renowned shortboard Team event, but with the addition of a prestigious Stand Up Paddle Invitational event that will see Hawaii’s leading lights step up to do battle out at the North Shore’s, and one of the World’s most infamous waves: Pipeline.

The Waterman League is proud to work with this prestigious event to bring Hawaii's leading Stand Up Paddle athletes to Hawaii's most iconic wave: Pipeline.

10 unique athletes have been chosen based on their ability to step up and take on the infamous Pipeline, but also as a result of their stature in islands and the celebration of Hawaiian surfing that this event provides.

Here are the 10 invited athletes:

Also featuring are long boarding, bodysurfing and bodyboarding divisions, making for a complete ocean sports celebration in Memory of the Duke. As with Stand Up Paddling, 10 athletes have been chosen for the long boarding, as the extent of Hawaii’s rich surfing talent is brought to life in this unique event.

Make sure to tune in for this historic event that looks as though it will kick off on Wednesday morning at watermanleague.com