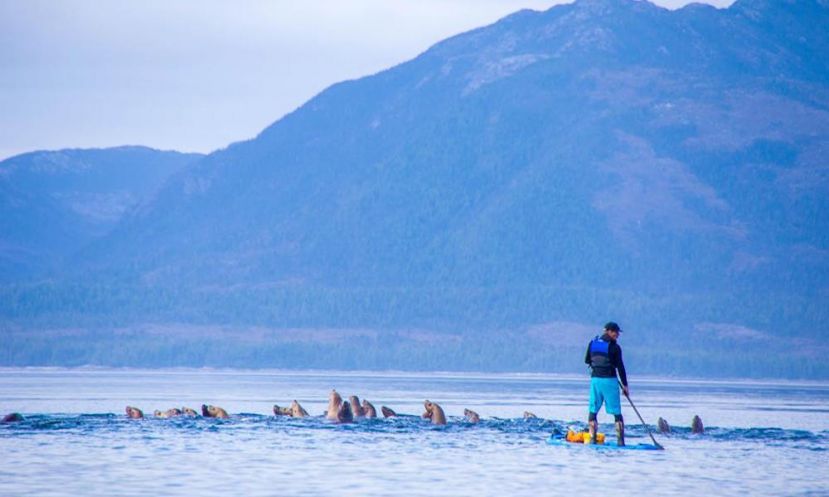 BRITISH COLUMBIA, Canada - Have you heard of the story of Standup4Greatbear Expedition? Boardworks SUP ambassador Norm Hann paddled 400km from Kitimat to Bella Bella, Canada, the proposed route of a pipeline. His mission was to bring awareness to the threat of these oil tankers, and doing so created a documentary about the expedition.

STAND, the award winning documentary, takes viewers on a journey through the waters of British Columbia’s west coast. Through the stories of an aboriginal high school class building their own stand-up paddle boards as a form of protest, the efforts of expedition stand-up paddler Norm Hann, and the powerful surfing of iconic west coast native Raph Bruhwiler, the diversity of people, landscape and wildlife that would be affected by an oil spill will be articulated. STAND will take you to the core of the issue and unfurl the soul of B.C.'s west coast one paddle stroke at a time.

"This has already happened up there and this is pretty much exactly what they want to do here on our coastline. They want to build that pipeline. And they want to take these tankers basically past my front window where I was watching the film and I said, ‘no.’”- Norm Hann, Stand Documentary.

Check out the trailer for the documentary in the video below.

More in this category: « King Of The Cut Attracts Big Names Medals Awarded At Pumping Cloudbreak »