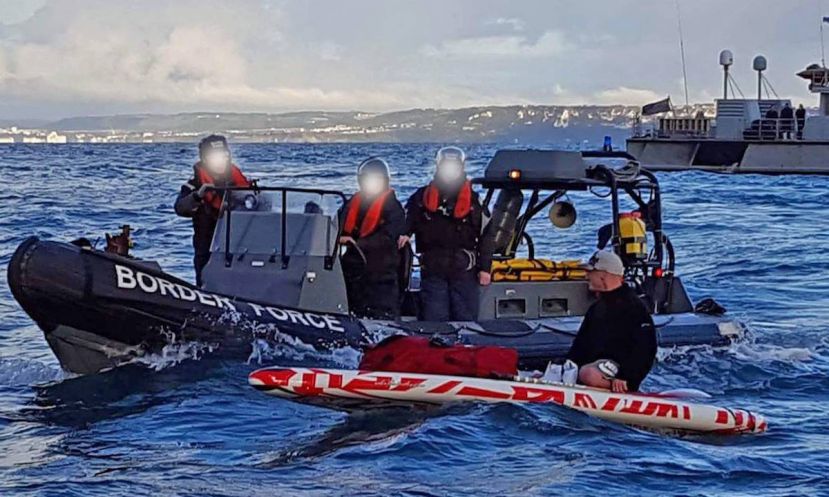 DOVER, United Kingdom - For reasons unknown, a German Paddler was attempting to cross the English Channel with the intent of arriving in the United Kingdom when he was spotted by a diving boat about halfway through the channel. The diving boat then reached out to the UK Boarder Force who later arrived and took him aboard their ship.

Once aboard it was made clear that the man was of German Citizenship and he had begun his paddle from France at about midnight local time. After a short investigation it was determined that because of his nationality there were no immigration offenses committed and the man was taken back to shore safely.

It is unclear whether or not the man had any safety gear such as a PFD or a leash but what is clear is that the man is very lucky as he was paddling in an extremely busy shipping lane at night and it’s fortunate that he wasn’t hit by a ship.

More photos and details on the incident HERE.

It’s important to note to paddlers that if you’re planning an expedition to please take all the safety measures necessary and to alert the proper authorities and individuals of your plan so incidents like these do not happen. Never compromise the safety of yourself or others.

If you are planning an expedition here are some helpful tips to look at from seasoned professionals.