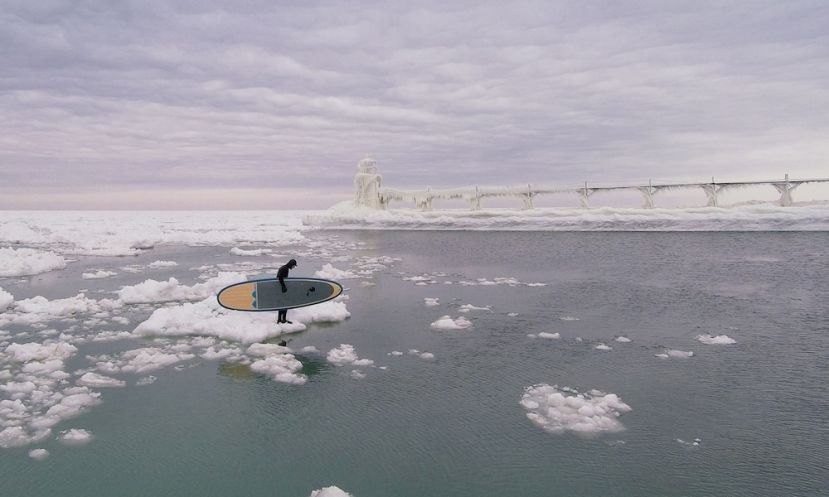 Paddler Karol Garrison braves the cold and readies himself to paddle board the frozen waters of Lake Michigan. | Photo: Seth Haley

Last week we shared an insane video shot in the iceberg ridden Lake Michigan. We now have the full story and video courtesy of filmmaker Seth Haley.

Words and Photos by Seth Haley

SAINT JOSEPH, Michigan - As a filmmaker of an adventurous sort, I make it my business to be out at the lake as often as I can. There is something immensely satisfying in experiencing the lake and capturing whatever mood it happens to offer and then showing it to as many people as care to look. 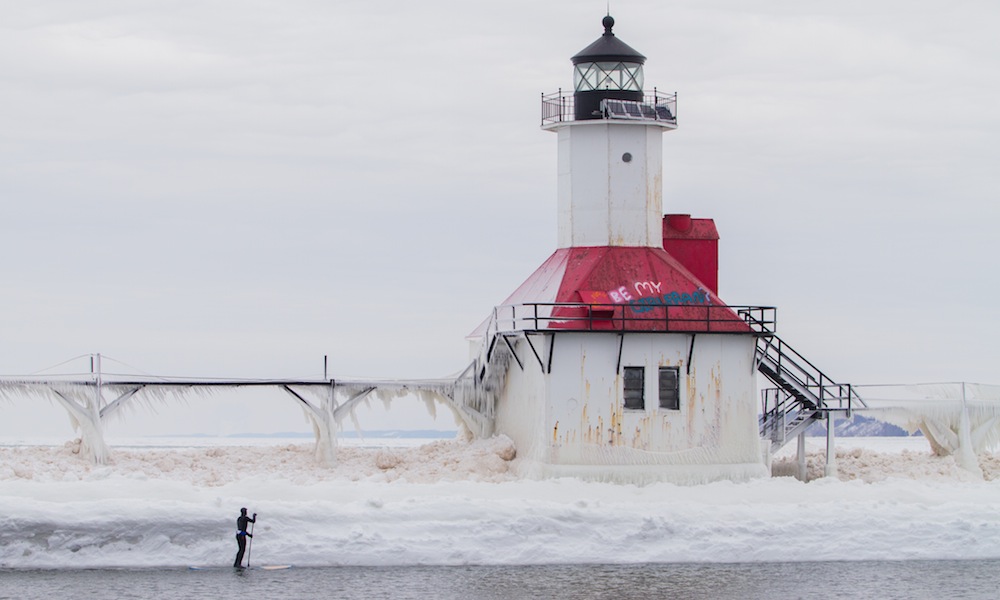 I walked out on our ice-covered pier careful of my footing. The ice over the water creaked around me. The temperatures were warming, and the lake had begun to morph. The ice was breaking up. I looked out over the stark white ice as huge chunks almost imperceptibly swelled up and down, pulsing like a heartbeat, and an idea struck me. A lone figure out in the water juxtaposed against the freezing landscape—now that would be an image to capture. On my way up the bluff from the lake, I texted Karol. “Do you know anyone crazy enough to go kayaking among glaciers?” (Never mind the faulty terminology. I was excited!) Turns out, he did. As we planned, the kayaking idea changed to paddle boarding since paddle boarding isn’t something you see a lot of around here in the winter. Better and better.

Photo Left: Day before the paddle out. Photo Right: Day of paddle out. | Photos: Seth Haley

The next day, Karol and I headed out to the lake with Josh Nowicki, a local photographer. Josh spends a lot of time photographing the lake and has a massive portfolio of photographs and his own wetsuit to prove it. Intrigued by our plan, he came along to hang out and take pictures. But it wasn’t long before the lake’s pull got to him, too, and he ventured out into the icebergs right along with Karol. Even as we filmed, we could see the lake changing in front of our eyes. Icebergs floated past Karol’s board as the ice opened up and slid out of our bay.

Three hours later, we had some of the most incredible and exciting footage I have ever captured. I knew right then, that showing Michigan in all of its moods, all of its weather, and all of its seasons was something I had to do. Instead of hunkering down when the cold blasts in, I want to be out there in it. Instead of running for cover when thunderheads gather over the lake, I want to film them as they unfold and break over our heads. Instead of just soaking in the sun on the beach, I want to capture the waves breaking against the lighthouse and share them with anyone who wants to see what it is to experience Michigan.

The Story Teller I am an outdoor adventure filmmaker, always on the hunt for new ways to fully experience and capture people enjoying Michigan’s changing landscape. Say hello via my social media accounts and maybe your adventure will be my next story. 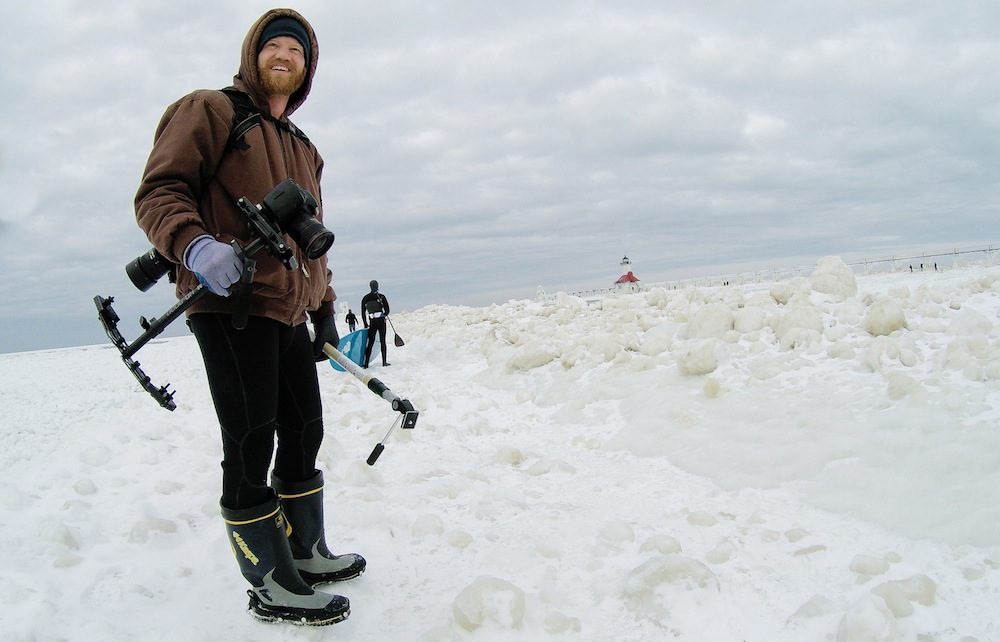