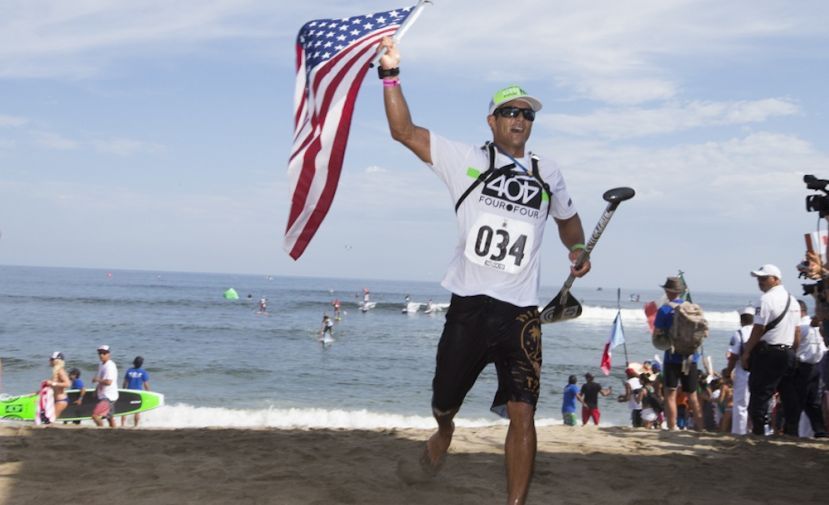 Over 65 of the world’s best SUP and Paddleboard Racers took on the exciting long distance course, paddling four loops with the colorful, coastal village of Sayulita, Riviera Nayarit, Mexico, in the backdrop.

The races featured the most elite level of competition this event has witnessed. In a world-class field of competitors from every continent, the Gold Medalists and new World Champions are USA’s Danny Ching and Australia’s Lachie Lansdown in the SUP and Paddleboard races respectively.

The SUP race was extremely close starting with 15 elite racers leading the pack for the first three laps. Sayulita local, Javier “Bicho” Jimenez, put on an incredible performance, as he was able to overtake the leader, Danny Ching (USA). Jimenez gained a lead of about 100m with the help of a wave he caught rounding the last buoy, causing the local Mexican crowd to erupt in cheers. 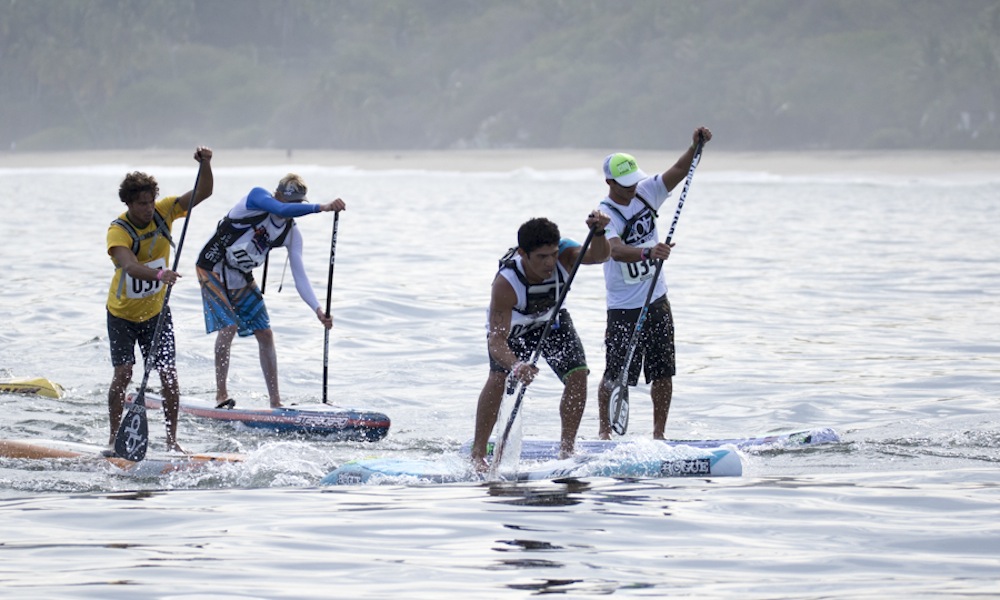 Taking over as the pack leader, Javier Jimenez digs deep for Team Mexico in front of his hometown crowd. Photo: Ben Reed

With a heroic effort, Danny Ching, who made his first appearance in the ISA competition, broke away from the pack on the final lap to chase Mexico’s impressive racer. Mid-way through the final lap, Ching caught up to Jimenez and overcame him. With precise technical turns on the final buoys, the American solidified his lead as he made his way to the finish line, earning the Gold Medal for USA.

“For a distance race it’s about as exciting as it gets. It’s just incredible to be here. The ISA puts on an amazing event that I’ve been trying to get down to for years,” said the new Gold Medalist, Danny Ching (FCS SUP). “Paddling for someone besides yourself is always special. Paddling to represent your country, your teammates, your friends and family back home is a big deal. You can dig deeper for this than you can for yourself.”

Jimenez raced up the beach to the cheers of the Mexican spectators and the international teams. Jimenez’s Silver Medal is the first for the host country in this ISA World Championship. 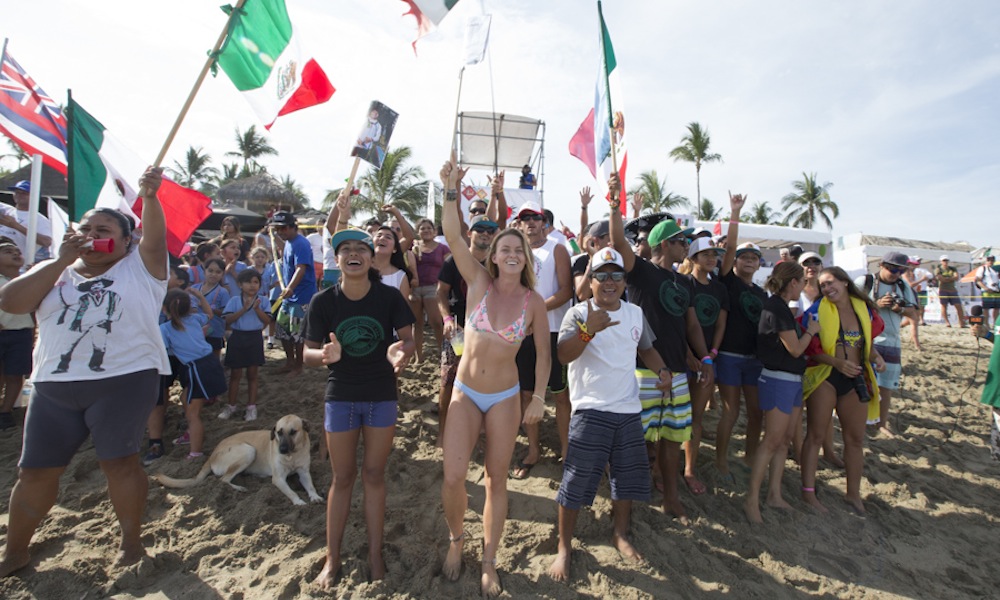 The local spectators cheer on the racers from Mexico, who put on an incredible performance. Photo: ISA/Bielmann

“I’d like to thank the support from my town and Mexico,” praised Jimenez. “I am very happy to get second place for my country and we are going to bring it all in the Technical Race. The only thing I was thinking with Danny Ching behind me was that he is one of the strongest racers in the world and to keep on paddling. I am happy to have finished behind him. This is one of the best races of my life to date. I am very happy to compete against all of the best athletes in the world.”

The third and fourth place were also highly contested and decided by less than a second. Teammates from newcomer team, Hawaii, Starboard Athletes Connor Baxter and Zane Schweitzer, overtook multiple competitors after the final buoy turn to take the Bronze and Copper Medals respectively. Click here to see the full results. 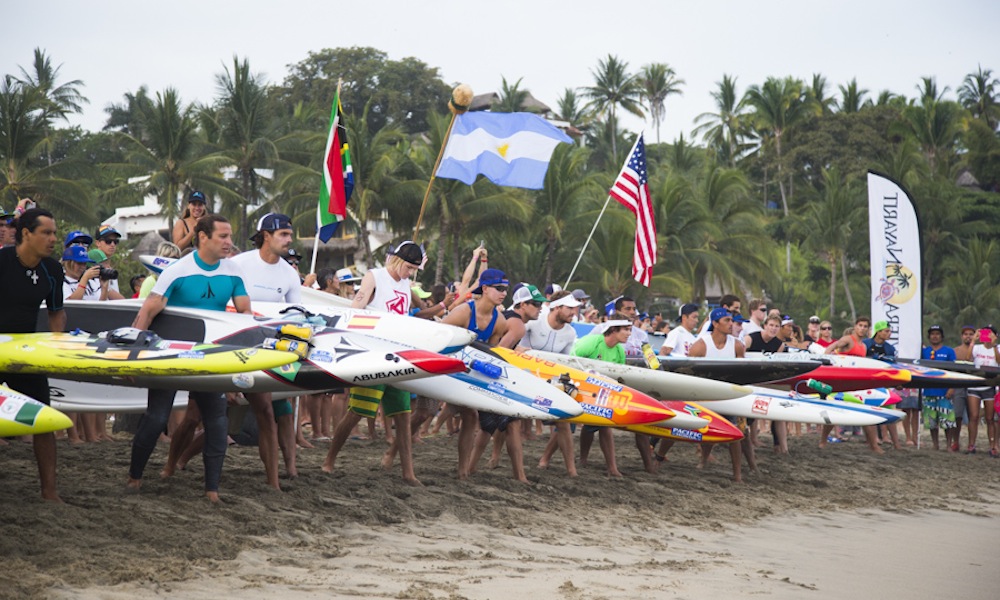 The Paddleboard racers line up, waiting to take on the 20 kilometer course. Photo: ISA/Brian Bielmann

The Paddleboard Long Distance Race came down to the final stretch. The pack was tight as they fought to catch a wave into the shore. Lachie Lansdown from Australia paddled the hardest and caught a wave the rest of the pack missed, earning him the Gold Medal. The rest of the medals were decided by a sprint up the beach. USA’s Jack Bark sped ahead to win the Silver Medal and New Zealand teammates, Cory Taylor and Sam Shergold ended in a photo finish, resulting in Taylor taking the Bronze and Shergold the Silver. Click here to see the full results.

Lansdown commented, “It’s very cool to be here for the first time, representing my country. I’m super proud to do that. It was a very cool race and venue. I am looking forward to coming back next year. I think it’s good that all the countries are here and everyone is cheering each other on.”

ISA President Fernando Aguerre, impressed by the action, commented, “It is truly amazing to see how far the sport has come in just one year. This year’s level of competition at the ISA World Championship confirms this event as the most elite in the world. Congratulations to the winners and best of luck to all athletes on the rest of the competition.” 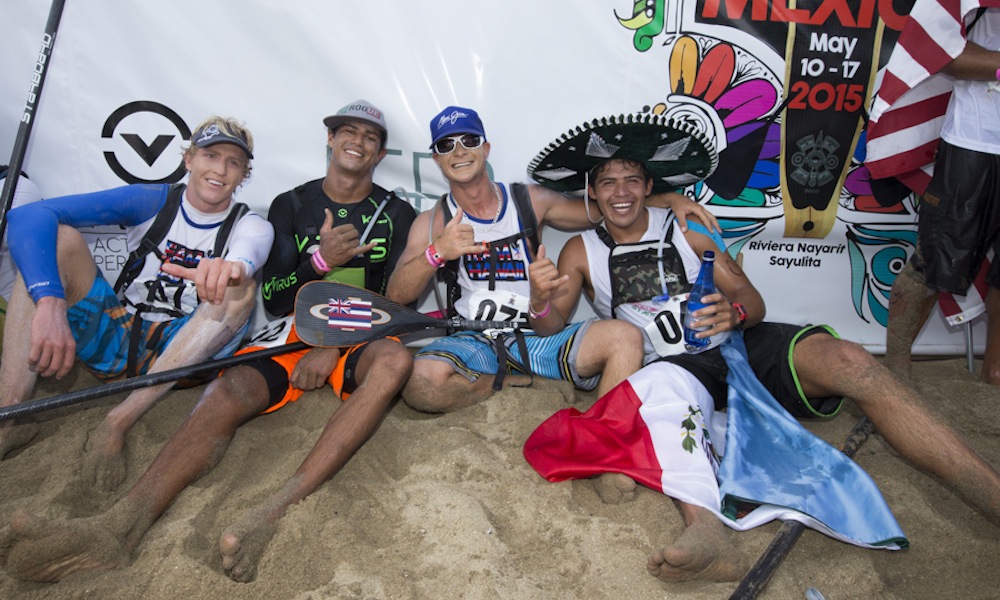 Today competition continues with the Men’s and Women’s SUP Surfing Main Event and Repecharge Rounds and is live right now!

Tune in to the live webcast for the fourth day of the 2015 ISA World SUP and Paddleboard Championship Presented by Hotel Kupuri. Watch the webcast here.

Want to find a SUP Event near you? Check out the Supconnect Events Calendar.

Check out the highlights from Day 3 of action below!