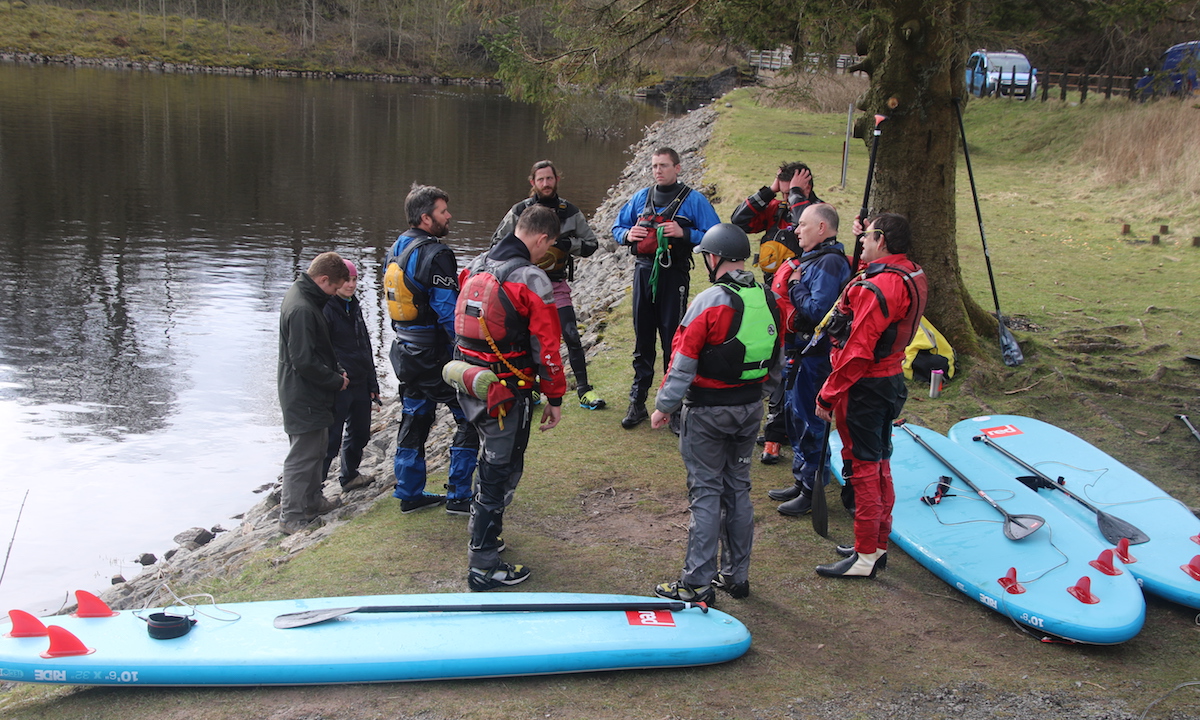 In a series of articles we will be looking at some of the key features of training other SUP paddlers. Do you call it Coaching? Teaching? Instructing? Whatever you call it you are facilitating the learning process, and Kerr (1982) defines learning as “a relatively permanent change in performance resulting from practice or past experience”. As we will see later, there is a big difference between teaching someone a technique and them retaining it, and building upon it. McMorris (2006) discusses when measuring the effectiveness of learning that “Retention [of learning] is the persistence of performance over a period of no practice.”

Before we consider learning lets first define the difference between technique and skill. You’ll often hear paddlers talking about learning a skill, but we don't learn a skill, we develop skill. We should refer to ‘learning a technique’, and then ‘acquiring or developing skillful performance’. If a performer has learnt a technique then they can ‘replicate a given task on demand’, and if a performer has developed skill, then they have the ability to select and apply an appropriate technique at the right time and in the right way for the environment or desired outcome.

So what is practice within the context of skill acquisition, what are the different forms of practice and how does it affect our students learning?

Practice could be described as the development of the motor programs we use in order to confidently and competently perform within our chosen sport. The different practice structures used in developing these motor programs are Blocked, Varied, Constant and Random.

Within the subject of practice, the description of ‘class of movement’ is often used. Each class could be identified within paddle sport as a group of movements including – turns, supports, sideways, bottom turns, throwing a rescue line and such like.

Blocked practice could be defined as: A practice sequence in which an individual repeatedly rehearses the same task.

Example 1 – Repetition of the bow rudder around the same static object.
Example 2 – Consecutive throws of a rescue line to the same target.

Varied practice consists of: The learner practices more than one variation of a task so that he or she can learn the relationship between the parameter settings and the resulting outcomes. A practice sequence in which performers rehearse a number of variations of a given class of tasks during a session; it is also referred to as variable practice.

Example 1 – Using a bow rudder with a change of blade feather, lower arm position, edge, board speed, up wind and down wind.
Example 2 – Throwing of a line to targets that are of different sizes, and are at a range of distances.

Constant practice is: rehearsal of a given class of tasks during a session that all have the same outcomes.
Example – Using bow rudders, sweeps, step back turns and edge turns.

Random practice: A practice sequence in which individuals perform a number of different tasks from different movement classes and with different parameter settings in no particular order, thus avoiding or minimizing consecutive repetitions of any single task.

Example 1 – Use of edge turns, supports, forward paddling and bow draw.
Example 2 – A half day trip in an environment that is at just the right level of technical difficulty as to encourage the use of different movement classes and parameter settings.

Whilst all activity should be seen as beneficial to our students, it should be clear that the use of appropriate practice structures at different stages of learning will have a positive effect on long term learning.

How does the use of different practice structures affect our students learning over a length of time? 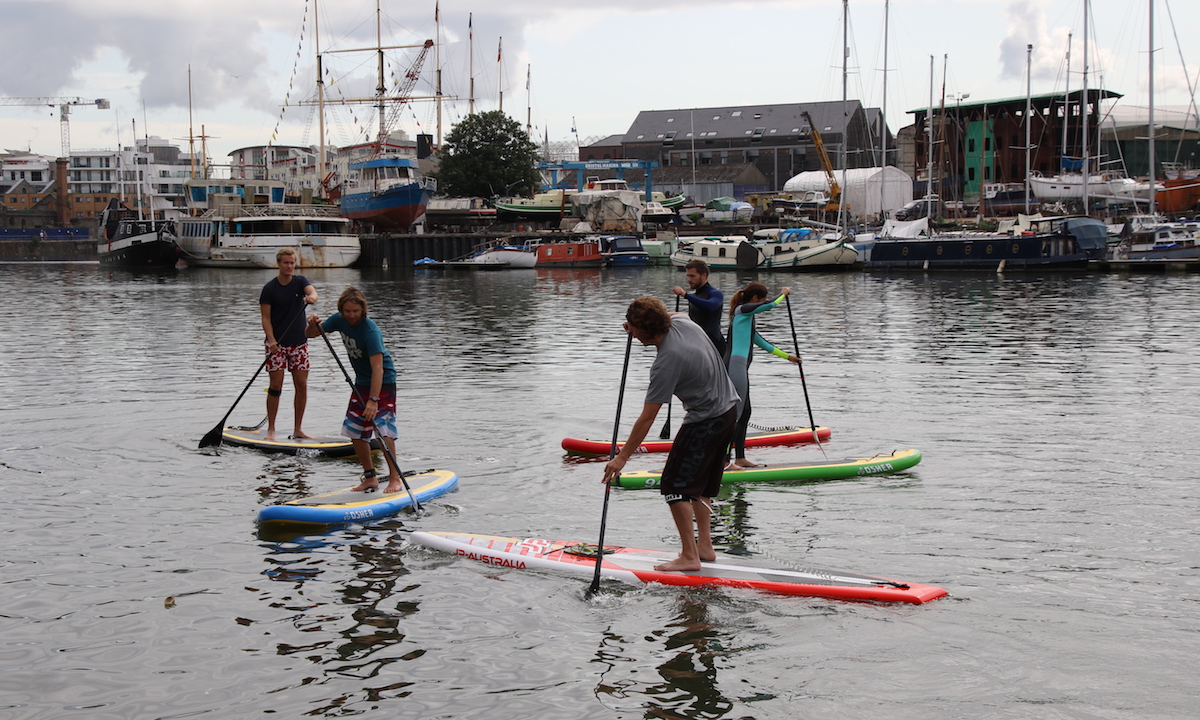 Extensive worldwide research has consistently shown a number of important details. The use of a blocked practice style of learning, whilst showing significant initial gains in performance early on in training, the student may lack retention, unable to replicate that initial level of performance at a later stage.

“The effectiveness of a training program should be measured not by the speed of acquisition of a task during training or by the level of performance reached at the end of training, but rather by learners’ performance in the post-training tasks and real world settings that are the target of training.” (Druckman & Bjork, 1991)

A random or varied practice style used early on in skill acquisition encourages many cognitive processes that facilitate a depth of understanding and an ability to replicate and adapt the movement within different parameters. There are many theories as to why these approaches work so effectively. Schmidt (2004) developed the concept of ’schema theory’ which is widely accepted in the sport science world as an explanation of the positive results of varied practice; it demonstrates that a learner experimenting with different variations of a particular movement, or stroke, will build a lasting internal picture of how applying a different parameter value will change how that movement affects the outcome and enable an approach to future adaptation of the movement for different circumstances.

Many of the theories explaining random practice focus on the continual need to rebuild a cognitive action plan in order to achieve a successful performance. This randomized practice promotes the ability to adapt to new environments and to be able to react more effectively to the unexpected by having numerous stored action plans that have been developed during training and practice.

Implementation of varied and random practice styles within SUP.

Below is a diagrammatic overview of the relevant motor learning research - showing the reversal of skill retention when a predominantly blocked practice style is used verses random and varied styles with the aim of long term learning. The percentage scale should be noted as continued improvement in performance. 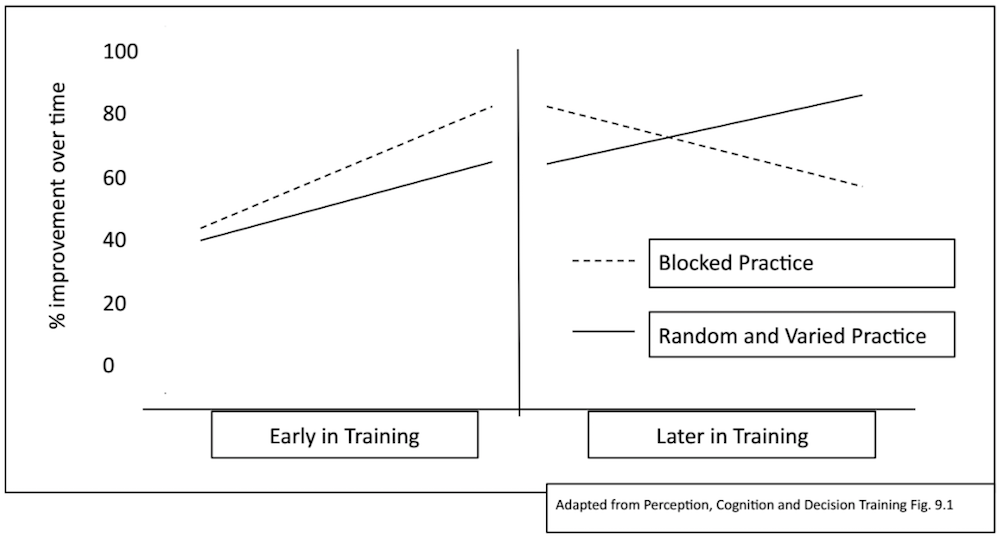 The use of practice structures requires thought, planning and self confidence from the coach along with a very clear idea as to the session outcomes. It is obviously essential to use a blocked style (on both sides) in the very early stages of skill acquisition, but as soon as an individual acquires a basic level of competence they should be encouraged to incorporate variations into their practice. It should be noted that there is strong evidence to suggest that children should be allowed a longer time using a blocked practice approach, due in part to them still developing other motor programs associated with growing.

Communication between the coach and learner, particularly when a long term relationship is being developed, is essential. Blocked practice produces quick and visible results that produce high initial motivation from the learner, but this may then decline as progress slows. The early use of varied and random practice has the opposite effect, therefore this may need to be discussed with the student so as they know what to expect.

“Progress may be slower at first, but in the long term, athletes [paddlers in the tactical arena of competition or recreational paddlers in a variable environment] achieve a higher level of performance” (Vickers, 2007)

Motivation of a student that is practicing ‘for the long term’ may be kept high by the coach occasionally facilitating a rapid jump in performance or understanding, indeed our students have to have a reason to come back to us, and regardless of their understanding of the process they will want to see results so a balance must be struck between their wants and needs.

A learner having achieved a foundation level of performance should be familiar with the concept of varying the parameter values of the movements that go into making up strokes, and should be at a stage of recognition that these changes may significantly affect the outcomes within a particular environment. Our aim should be to help our students develop a skillful performance well beyond repetition of strokes, and on to an in-depth understanding of the causes and effects that the various subtle interactions between body, board and blade have upon the craft.

As a coach we should encourage our paddlers to be confident in experimenting with varied adaptations of the different movements. The value and impact of this approach to our coaching and to our students development is undeniable; the logistical obstacles however, can often be significant – the question is, do we want to focus on our students gaining techniques quickly or focus on our students long term development in their chosen SUP discipline? 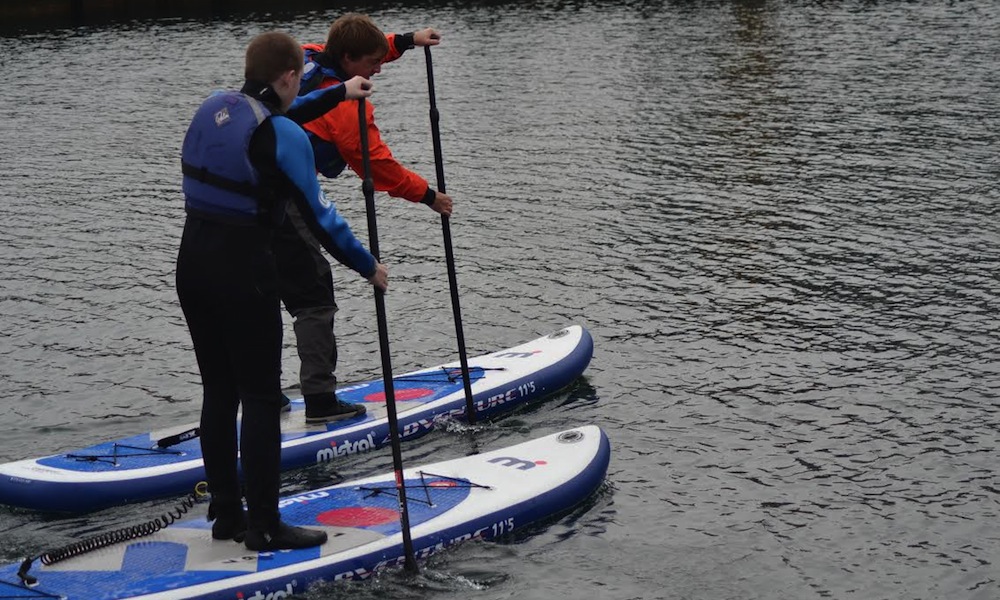 The key to applying the theory of ‘structuring practice’ is to plan ahead, giving thought to the student needs and the session content.

Have fun experimenting with the content of your coaching sessions, and ask for feedback; not just from your students but from other coaches. In a future article we will be looking at another important feature of coaching, feedback.

Owen Burson is a freelance coach and water safety technical advisor. He is a Rescue Emergency Care first aid trainer, an RLSS trainer, and he works for the WSA running and developing courses. He is Director of Activity Development and Technical Advisor at Adventure Activities UK, a company that runs courses, provides adventure experiences for  tourists at various venues and organises adventure holidays across the UK and Europe. He holds high level technical and academic qualifications across a range of land and water based sports and activities.

Website: www.waterskillsacademy.com/ Email This email address is being protected from spambots. You need JavaScript enabled to view it.

More in this category: « LiftSUP Helps Annabel Anderson Get A Handle On Victory International Paddlers Come Together For 8th Annual Olukai Ho’olaule’a »