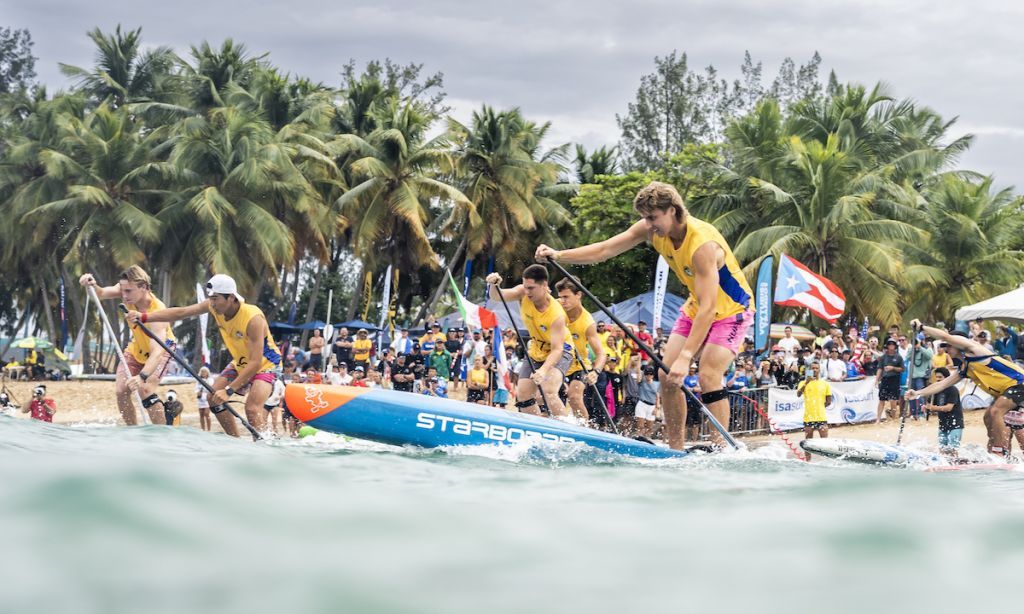 The heavily deteriorating conditions did nothing to deter an exceptionally strong performance from Cecilia Pampinella (ITA) in the final race of the day, the Girls Junior SUP Technical Race. The 16-year-old, who also won the copper medal in the Women’s SUP Sprint Race this week, finished well over two minutes ahead of Sonia Caimari (ESP) in silver.

“I’m super, super happy,” Pampinella said. “When I started this part two years ago, during my training as an intermediate, I always said I wanted to be a World Champion. And now I’m a World Champion!”

One of the most impressive achievements came from the youngest competitor, Soryn Preston (USA), who won bronze at just 13 years old. Locked in a close pack with Yu Tachibana (JPN) and Rosara Davis (NZL) for much of the race, Preston managed to gain the lead around the final buoy. Meanwhile, Davis fell on a side wave, allowing Tachibana a slight edge to take the copper medal.

The Womens Prone Technical Race was also very clear cut. Judit Vergés (ESP) found the lead early and only increased it throughout the course, winning by over a minute. After a disqualification for much of the field in the Prone Distance Race in 2019 cost her a gold medal, the Spaniard has spent the past three years ready to finally sit atop the podium.

“It's very emotional because three years ago in El Salvador I lost my gold medal in the long distance because some of us were disqualified,” Vergés said. “So this is a present for all the work that I've been doing during these three years. I couldn't be more happy for that.” 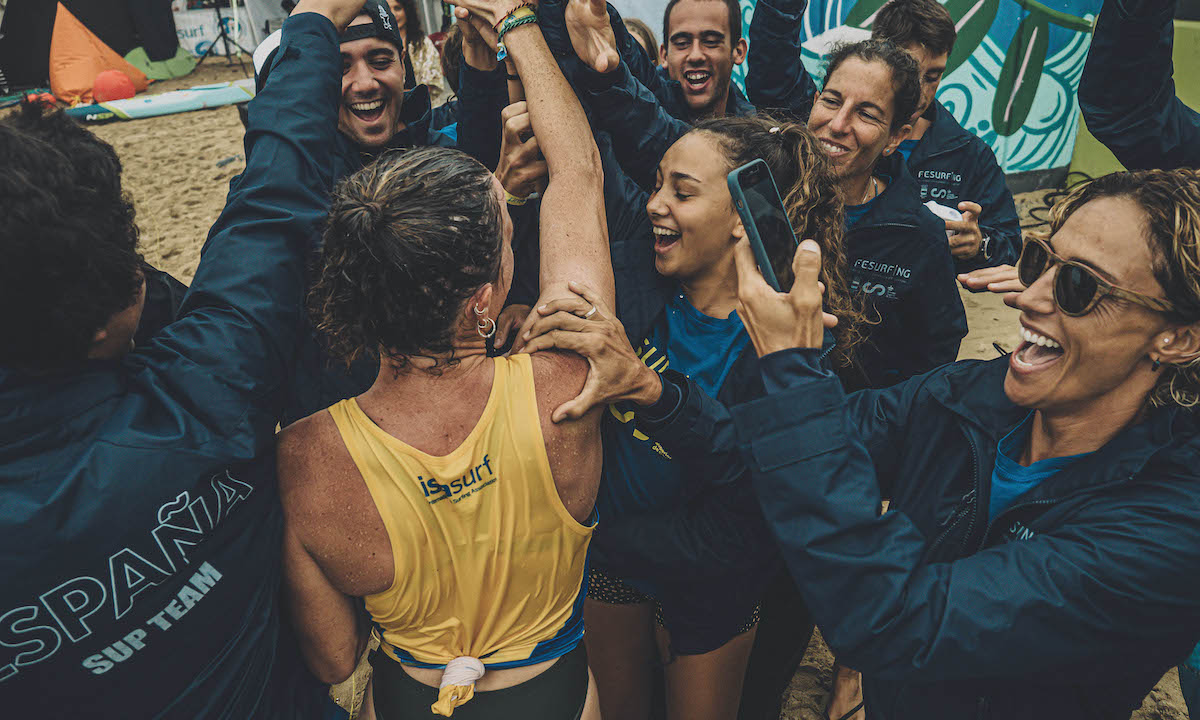 Hunter Pflueger (USA) and Julen Marticorena (FRA) showed their dominance in prone racing for the second day in a row. Pflueger won his first Prone Technical Race gold medal, while defending champion Marticorena collected silver in an exact repeat of the Prone Distance Race a day prior.

Plueger and Marticorena managed to stay neck-and-neck for almost the entirety of the three laps on the 5km long technical course, until a knock from a wave almost took Marticorena out on the home stretch. By that point Pflueger had already made his break with a sprint to the finish.

“You’ve gotta play it smart,” Pflueger said. “There’s waves, so that opens up the door for anything to happen. And, as we saw in the race, anything can happen.”

Andrew Newton (NZL) held third place for the majority of the course to win the bronze medal, while Andrew Byatt (GBR) matched his 2019 performance, as well as the previous day's Prone Distance Race, to win his third copper medal.

The Boys' SUP Technical Race started out tightly contested, but it didn't finish that way. Vaic Garioud (FRA) made a break during the first of three laps and kept an error-free pace through rough conditions that knocked other racers out of competition entirely.

For the most part Campbell Carter (USA) held strong in second position, but it was Nariakira Shimazu (JPN) who stood out. After tangling his board leash around a buoy on the first lap, Shimazu fell to 8th place, yet still made up a huge distance to finish just 45 seconds behind Garioud and claim the silver medal. Carter was close behind in bronze, with Lucas Simoncelli (ESP) a more distant fourth to take the copper medal. 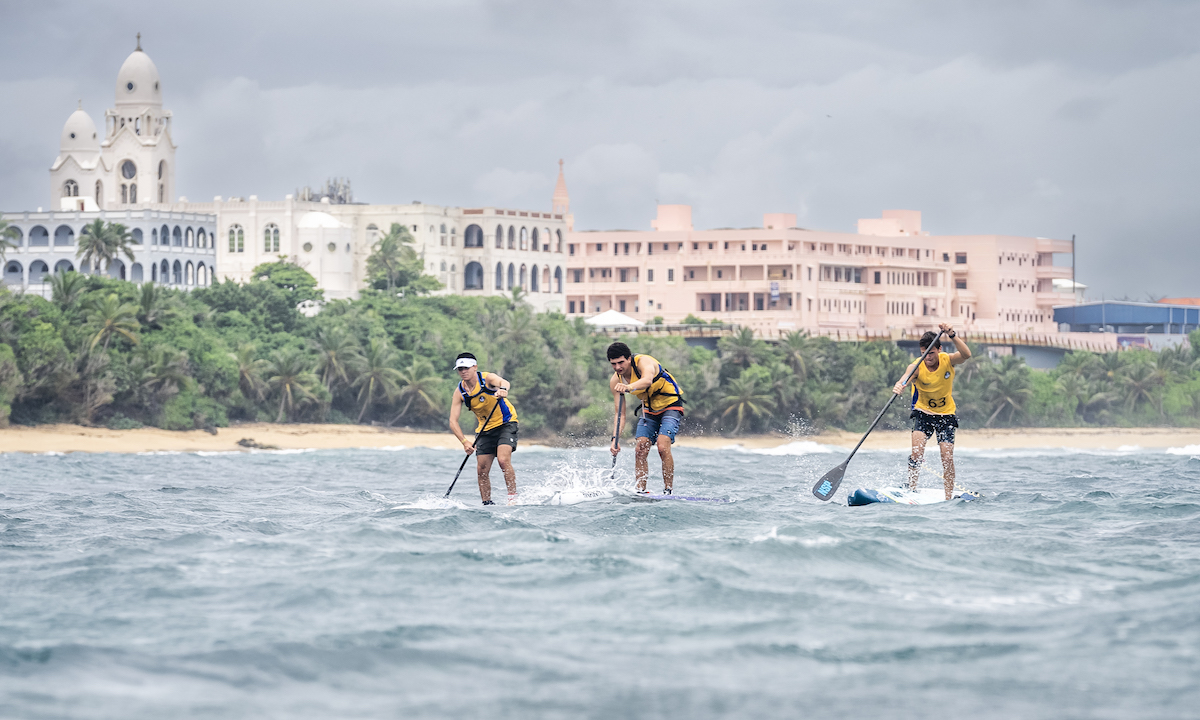 “I’m super happy to be part of this French team here in Puerto Rico,” Garioud said. “I got that gold medal. Hopefully I’ll be part of the 2028 Olympic Games in SUP. That would be my dream.”

“The outstanding performances from our passionate junior athletes shows that the future is incredibly bright for SUP Technical Racing. What a sight it would be to see these young men and women have the opportunity to win the ultimate gold medals for their nations at the LA 2028 Olympic Games...It will be so exciting to see who comes out on top in the Relay Race tomorrow, as we determine the Team champions after such a thrilling week of action in Puerto Rico.”

France have proved to be unstoppable at the 2022 ISA World SUP and Paddleboard Championship, winning their first Team Relay Race gold medal and collecting their second Team gold medal in the process. They are the first nation other than Australia to do so. Incredible teamwork from Team Japan earned them their best Relay Race finish, a silver medal, and also their first ever Team medal, the copper.

The Team Relay Race featured eleven nations with a SUP and Paddleboard racer of each gender to comprise teams of four. Each athlete completed a lap of the course before tagging their next teammate into the race. 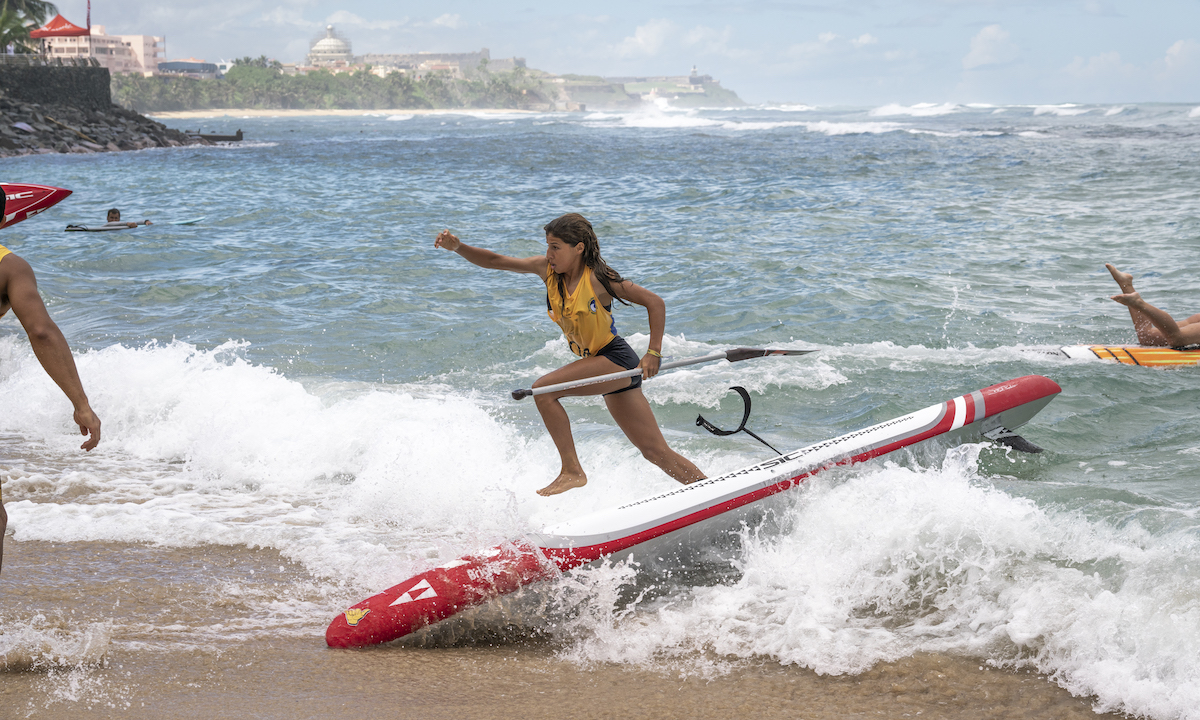 France’s Relay team, made up of Julen Marticorena, Mélanie Lafenetre, Thais Delriux and Noïc Garioud, started strong in the race and gained a huge lead during Lafenetre’s lap on her SUP board, easily navigating a huge set of waves that knocked the majority of the field off of their boards.

“Julen got us a crazy start, which allowed Mélanie to get a good advance on the other teams,” Garioud said. “Thais did a good job too by keeping that advance and I just had to finish, so that was awesome...We knew we were in front (of the team rankings) by just a little. If the US got that gold medal in the relay, we may not get the overall ranking as a first place. So that was the plan, to go super hard from the beginning to the end.”

It was the performance of Women’s Prone Distance Race gold medalist Yurika Horibe (JPN) however, that provided the most significant result of the day. The incredible speed of her lap led Japan to silver in the Relay Race and their historic Team medal.

“I feel like it was not just myself, but all the Japanese competitors over the years who have competed in the ISA World Championships,” Horibe said. “The baton was passed, and this year we had a result, but it was based on all the people who have competed before...Paddle sports are still very minor in Japan. I want everyone to know about the greatness of this sport and hope that this medal will accelerate the awareness in our country.”

President of the Local Organizing Committee and Member of the International Olympic Committee, Richard Carrion said:

“The competition was excellent. We are very proud of Puerto Rico being in seventh position. This is an event that definitely should be in the Olympic Program. I hope we can see it in the LA 2028 Olympic Games.” 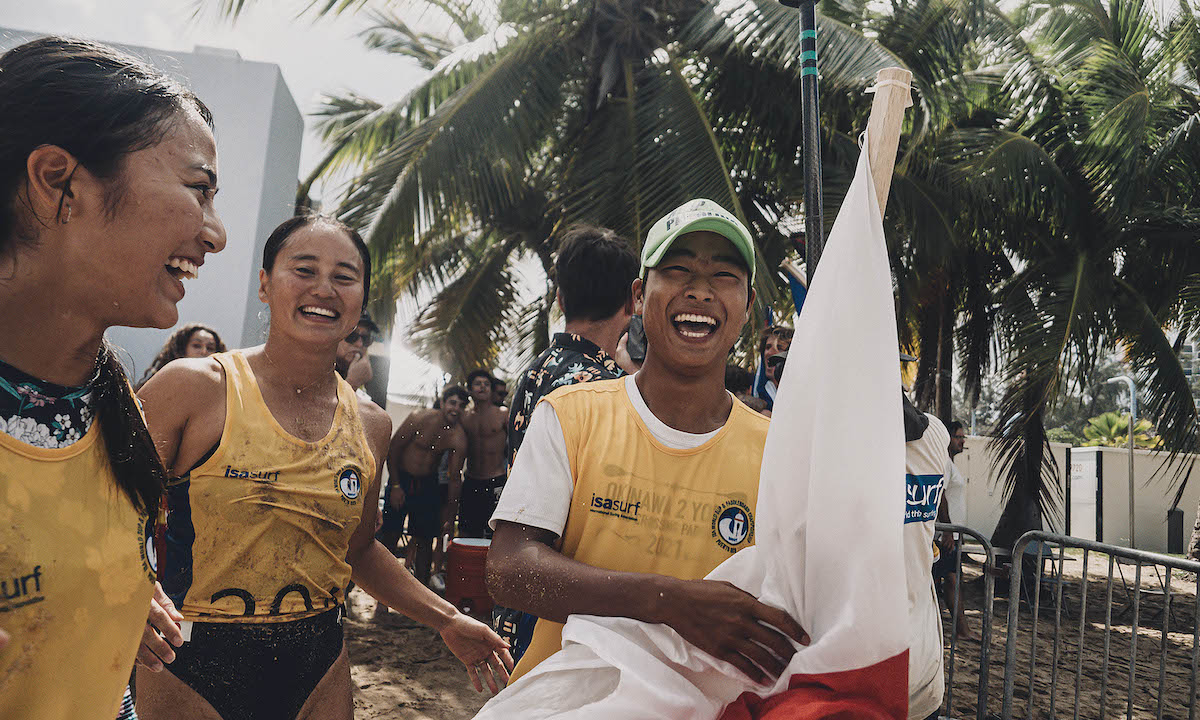 “What an amazing ten days it has been! I want to first express my thanks to my friend and LOC President, Richard Carrion for his leadership in delivering an amazing event. I’d also like to thank the Governor of Puerto Rico, the Mayor of San Juan and the Tourism Corporation for their invaluable support. My thanks and congratulations to the Puerto Rican Surfing Federation for their excellent result. My warm gratitude also goes to the people of Puerto Rico for your wonderful hospitality. And finally, to all the competitors and officials, to their families and friends, thank you for making it possible for the athletes to come and compete and enjoy this amazing tropical paradise, filled with warm people, wonderful music and tropical waters!”

Visit the ISA website for the event replay, photos, and more. We're excited for next year already!