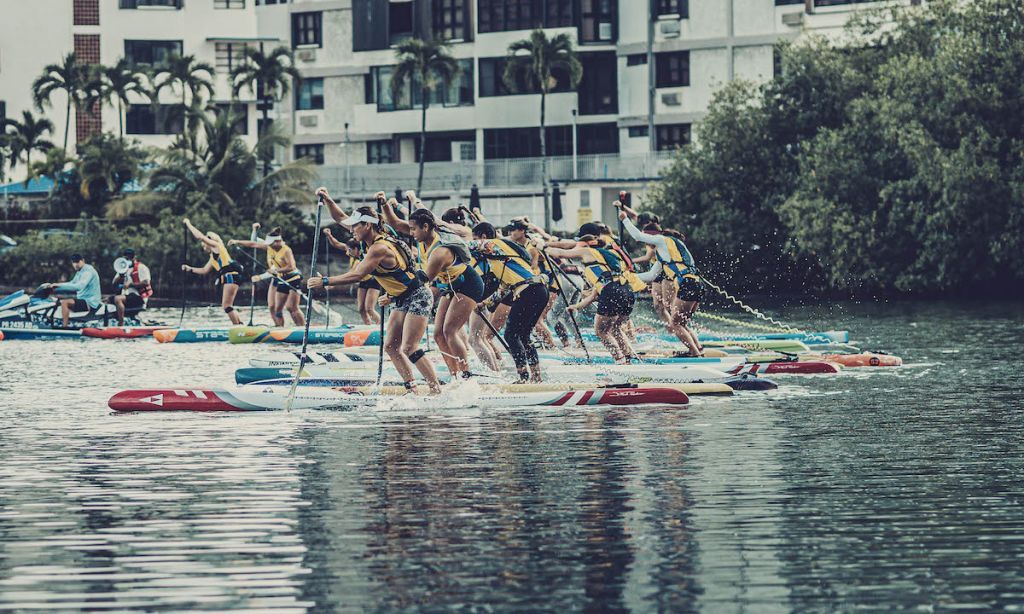 SAN JUAN, Puerto Rico - Strength and endurance were tested on day seven of the 2022 ISA World SUP and Paddleboard Championship as the Prone and SUP Distance Races took place on a course that took in the entirety of Puerto Rico’s San Juan Island.

Defending champion Esperanza Barreras and Spanish teammate Duna Gordillo took an early lead in the women’s SUP Distance Race, working together to draft off each other and quickly gain a 300m lead, which further increased to almost half a mile as they went.

Coming around Fiji Island for the home stretch, Gordillo was almost thrown off her board, leaving Barreras to take a narrow 10m lead. A small set wave, however, allowed Gordillo to overtake her teammate. In the end 19-year-old Gordillo edged out 38-year-old Barreras by just two seconds on the final sprint to claim the gold medal, and Barreras silver. A historic one-two for Spain.

“I’m super stoked to be here at the ISA World Championship,” Gordillo said. “I've trained the whole year to win. That was my main goal.” 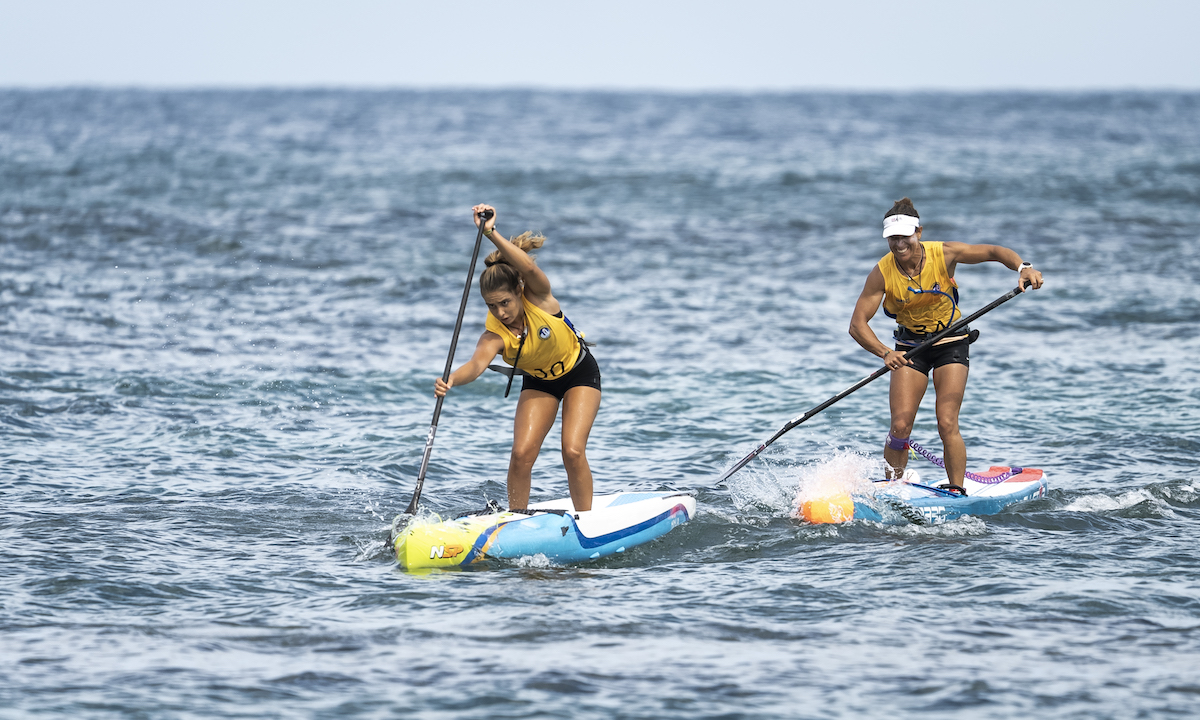 Jennifer Kalmbach (CRC) maintained third place early on, but was caught by a chase pack that included April Zilg (USA), Melanie Lafenetre (FRA) and 2014 gold medalist Lina Augaitis (CAN). All four drafted together for much of the rest of the race. By the final stretch Lafenetre managed to break away to take bronze, while Augaitis narrowly took copper ahead of Zilg.

The Women’s Prone Distance Race also proved to be extremely tight. In this race however, the two leaders, 2018 silver medalist Judit Vergés (ESP) and Yurika Horibe (JPN), were not working together, yet still managed to stay arm-to-arm with a gigantic lead over the rest of the pack for the entirety of the 18km course.

Horibe, whose husband Takehiro also competed in the Men’s Prone Distance Race, found a slight lead within the last 300m. At the same point Vergés was knocked off her board by a wave, which allowed the 30-year-old Japanese racer, who is mother to an 11-month-old, to finally break away and claim the gold medal 20 seconds ahead of sliver medal winner Vergés.

A pack of three that included two-time gold medalist Michael Booth (AUS), 2014 gold medalist Titouan Puyo (FRA), and this year’s SUP Technical Race gold medalist, Shuri Araki (JPN), led the men in the SUP Distance Race from the start. The pack stayed tight, drafting off of each other for a good portion of the course.

The final ocean stretch was the dividing factor as Araki broke away and once again proved how critical ocean knowledge is to these races. Expert wave-riding saw the 16-year-old further increase his lead and finish 17 seconds ahead of one of his heroes, Puyo, who claimed silver.

Booth collected bronze close behind, while further back Noic Garioud (FRA) won a close battle with Fernando Perez (ESP) to sneak into the copper medal position. 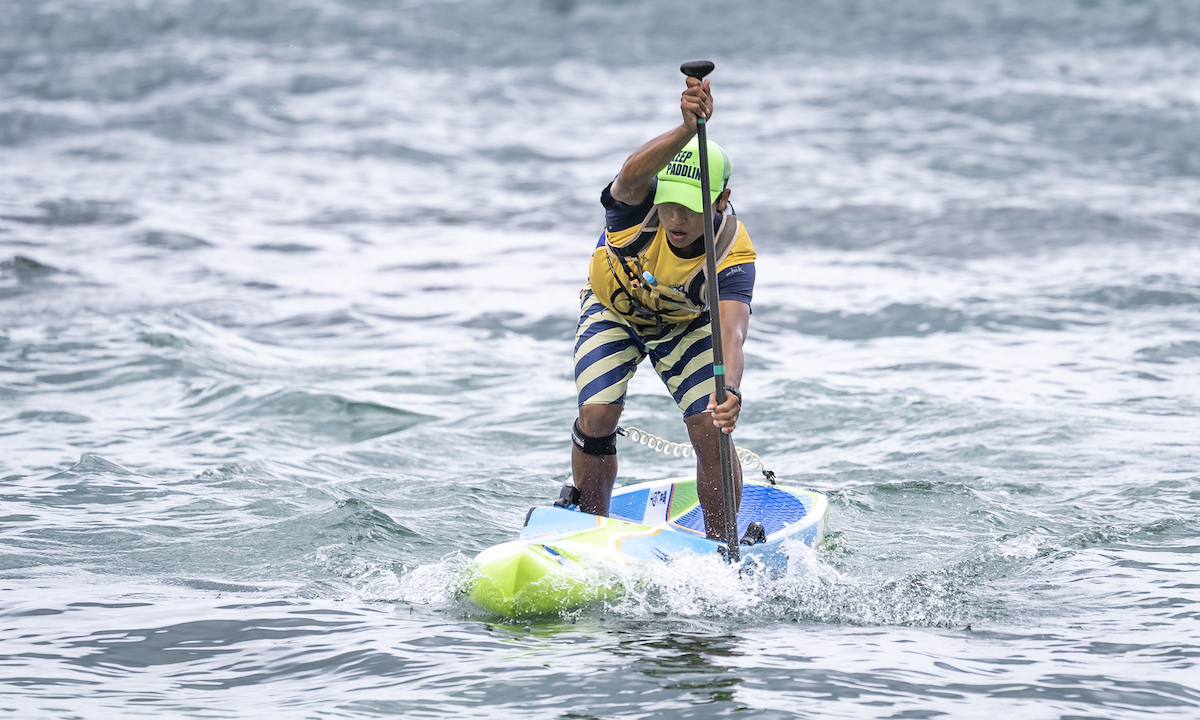 Araki couldn’t find the words to express his shock at becoming the first man to become World Champion in both the SUP Distance and Technical Races in the same year. “I can’t believe it. I can’t believe it. I’m so happy,” Araki said. “Titouan was pushing me, so that I was able to get the gold medal. Since I was little I’ve admired Titouan, Connor, Noic, Michael, Daniel, Kai Lenny, Claudio, Arthur, everyone.”

Over time Marticorena and Pflueger broke away, with the Frenchman taking the lead for a fair stretch, but, in similar fashion to Araki in the SUP Distance Race, as soon as the home stretch in the ocean came around, Pflueger raced ahead, consistently gaining ground all the way to the finish line.

Marticorena easily held position for the silver medal, with Buil edging ahead for bronze. Meanwhile, Byatt won the first medal of the event for Great Britain with his copper finish.

Pflueger’s third back-to-back gold medal was not quite enough to keep USA in first place in the teams rankings, as the four medals won by defending champions France on this day gave them a narrow lead. The American still liked his team’s chances, however.

“USA is going strong,” Pflueger said. “We’ve got a great team, the support crew is awesome. We’re looking good and want to keep plugging away.”

“Today’s distance races were incredible. History was made on multiple levels. Congratulations to these amazing athletes for their hugely impressive victories...Tomorrow we will witness the Prone Technical Race, as well as the next generation in full force in the Junior SUP Technical Race.”

Stay tuned for more results and highlights from the championships!