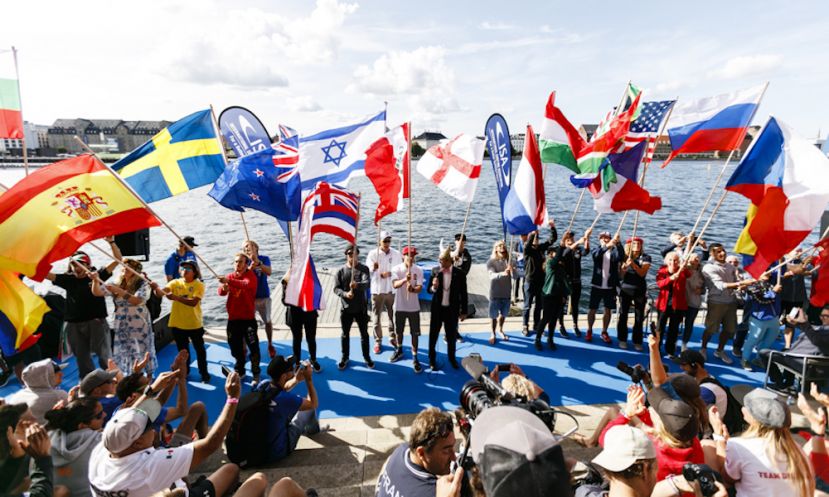 COPENHAGEN, Denmark - Against the stunning backdrop of the world-famous Copenhagen Harbor and Opera House, the 2017 ISA World SUP and Paddleboard Championship was officially inaugurated in spectacular fashion on Friday afternoon in the Danish Capital. 286 athletes from 42 countries, a record-breaking mark for the competition, united to celebrate the opening of the event and the power of SUP to unite countries of the world.

"Three years ago, we had a crazy dream to bring this ISA World Championship to Denmark", said ISA Vice President and three-time ISA Gold Medalist, Casper Steinfath of Denmark. "There is no way I thought that it would actually be possible, but thanks to the hard work and passion of so many people and volunteers, we are all here today. This is a dream come true for me and the whole Danish nation. Let's have a great week! I look forward to seeing you on the water in Copenhagen and Cold Hawaii."

The Opening Ceremony kicked off with the Parade of Nations. All 42 National Teams made displays of national pride while marching through the historic, colorful streets of central Copenhagen amidst crowds of local supporters. The delegations were greeted at the iconic Copenhagen Opera House by ISA President, Fernando Aguerre, Member of the Culture and Sport Council of the City of Copenhagen, Michael Gatten, President of Friends of Cold Hawaii, Finn Jorsal, and President of the Danish Surfing and Rafting Federation, Jakob Færch.

Next, each team participated in the Sands of the World Ceremony where two representatives of each nation poured sand from their home beaches into a clear container to symbolize the peaceful gathering of nations of the world through SUP.

"Our vision was to create an event with a lasting legacy," said President of the Danish Surfing and Rafting Federation, Jacob Færch. "We already can see the effect of bringing the ISA SUP and Paddleboard World championship to Europe for the first time with thirteen new countries competing and a new record of 42 nations. This is a great achievement for us and the ISA."

"Ever since we accepted the ISA's offer to host this World Championship at the 2016 Olympic Games in Rio de Janeiro, we have been waiting for this moment. I would like to say thank you to the ISA for the opportunity to show that we can hold an elite SUP event in Denmark. We are looking forward to showing you the other side of Denmark's beauty in Cold Hawaii next week."

ISA President, Fernando Aguerre, finished the ceremony with a powerful statement for all SUP and Paddleboard athletes around the world.

"Welcome to all the SUP and Paddleboard athletes from the participating delegations. Here today we are coming together in peace through sport in beautiful Copenhagen. This is the largest ever world SUP Championship in history, and additionally this is the first time in an ISA competition that there are equal spots for both men and women competitors.

"The ISA has been the natural home of SUP for many years and we have already secured the first SUP medals in a multisport event in the Olympic Movement, the 2019 Pan Am Games. SUP is a major priority for the ISA and all our federations and the growth of this event is a testament to our love and passion for the sport. We are looking forward to an exciting future with the goal of including SUP in the Paris 2024 Games, but this is not an individual effort. This is a team effort that will require the continued support and development from all of you here today. Together, we can achieve this dream of ours."

On Saturday morning, September 2, the SUP and Paddleboard Distance Races will kick off the competition in Denmark. SUP Sprints will continue on Sunday before the event heads to northwest Denmark known as Cold Hawaii for the SUP Surfing, Technical Races, and Relay Race in Vorupør September 5-10. 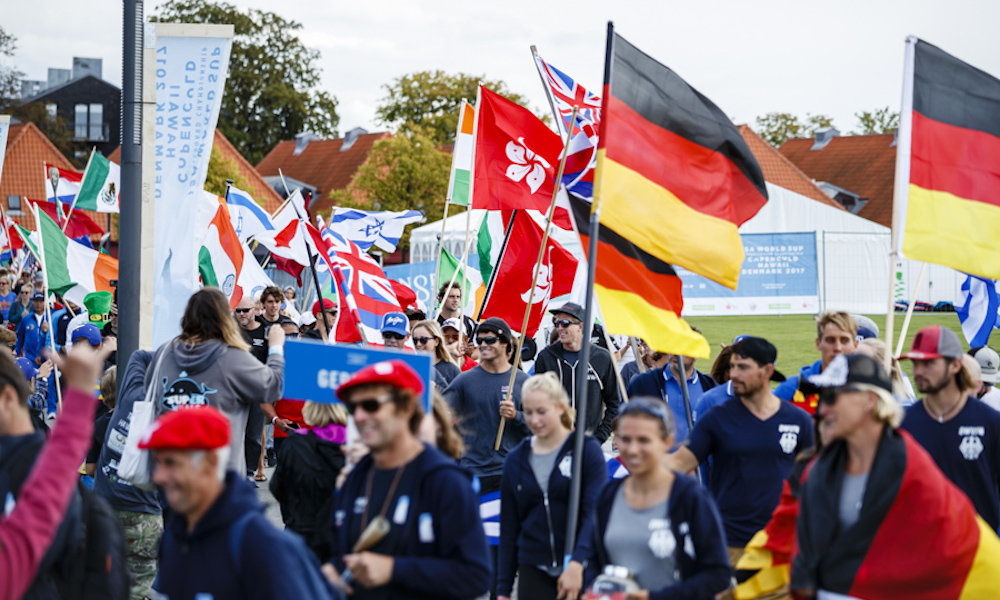 The competition schedule for Saturday is as follows:

Make sure to check in on all the action right here at Supconnect.com