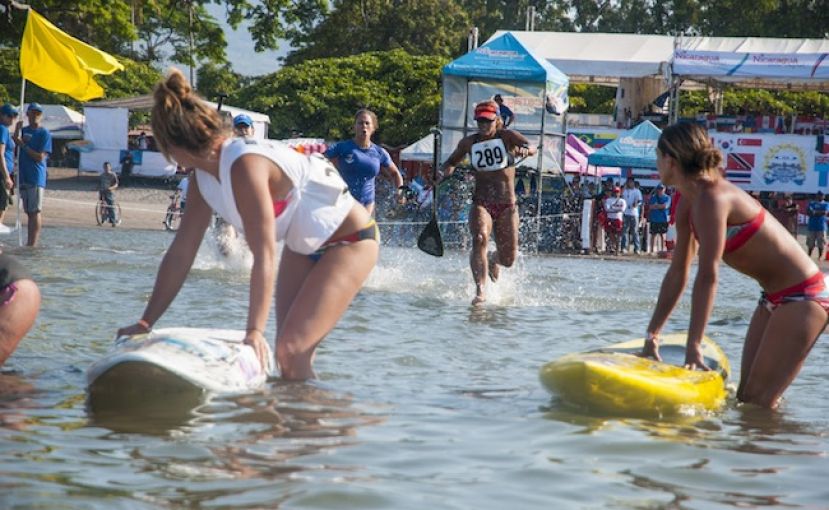 SAN DIEGO, California - The Stand Up Paddle Athletes Association (SUPAA) is proud to announce its recent cooperation with the International Surfing Association for the 2014 ISA World Stand Up Paddle and Paddleboard Championship that was held in Nicaragua, May 3-11. The third annual ISA World SUP and Paddleboard Championship was a huge success, and SUPAA officials were pleased to have been invited to Nicaragua by the ISA.

The ISA is recognized by the International Olympic Committee as the World Governing Authority for surfing, which includes SUP surfing and racing in the ocean and on any body of water. The recent ISA World Championship saw the SUP surfing take place at La Boquita beach in the Pacific, while all of the SUP racing took place on world famous Lake Nicaragua.

SUPAA is dedicated to promoting the growth of stand up paddle boarding around the world. In working to accomplish this mission, SUPAA officials accepted an offer from the ISA to work together by advising on the SUP Racing for the World Championship. Members from the SUPAA board of directors worked closely with ISA event technical officials through numerous meetings prior to the World Championship and at the event site in Nicaragua, where the ISA graciously provided an opportunity for SUPAA officials to deliver its race officials course.

SUPAA officials also helped liaise between many of the athletes and the ISA regarding the technical and long distance race course designs. Additionally, the ISA and SUPAA compared technical rules for both organizations and made adjustments prior to the World Championship. ISA has committed to continuing to work with SUPAA on rules for future events as well.

SUPAA President Chase Kosterlitz commented: "It is the mission of SUPAA to work with global SUP racing constituent groups in an effort to move the sport forward in a unified and positive direction. We were pleased when the ISA invited us to participate in the planning process for the World Championship, and we were excited to accept the invitation to attend what turned out to be an incredible event. The ISA has been promoting SUP to their growing list of 84 member nations for the last four years and continues to set the example for international SUP team competition. It is a great opportunity for SUPAA to work with the ISA and to support their mission to grow stand up paddle boarding around the world. We look forward to receiving input and feedback from the 84 member countries so we can better serve SUP athletes everywhere."

ISA President Fernando Aguerre remarked: “The ISA's mission is to develop the sport of SUP globally, and I am pleased that SUPAA is aligned with our mission. The ISA is committed to supporting the athletes as the sport continues to evolve and grow, and to continuing to work with SUPPA as it represents the best stand up paddlers around the world."