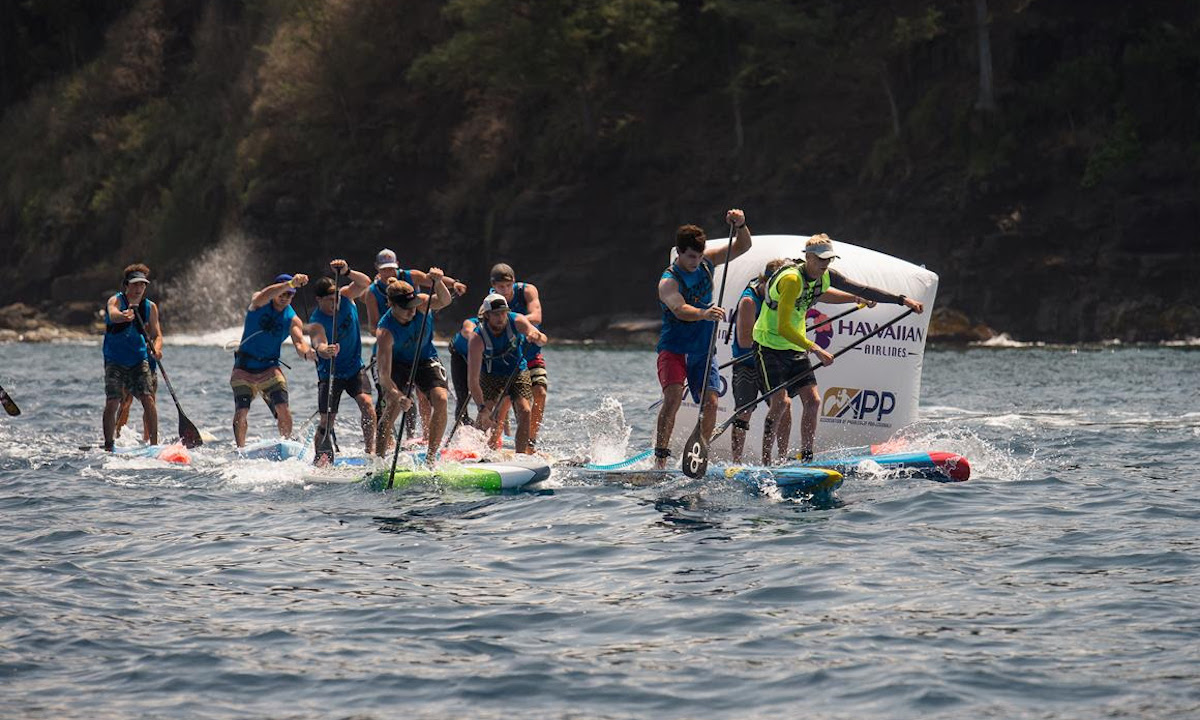 LA JOLLA, California - The International Surfing Association (ISA) and the Association of Paddlesurf Professionals (APP) World Tour are proud to announce a partnership that will mark a new era in the leadership and development of the sport of StandUp Paddle (SUP) worldwide.

The partnership involves the ISA taking a minority ownership in APP World Tour and providing an official ISA sanction of all APP World Tour events. With this historic agreement, the APP World Tour (formerly known as the Stand Up World Tour & Series), the official professional world tour for the sport of SUP, exclusively aligns with and supports the ISA as the sole world governing body for Surfing, including SUP.

In recognizing and celebrating that SUP is born from the sport of Surfing, the ISA and APP are jointly committed to continuing to provide a long-term professional pathway for all the top SUP surfers and racers.

In recent years, the ISA and the APP have been actively pursuing ways to work more closely together in the best interests of the sport. The two organizations have enjoyed a productive and positive working relationship. This agreement is a consequence of these efforts and relationship. Both the ISA and APP share an ambitious vision in the global development, growth and sustainability of SUP, including the objective of seeing SUP included in future editions of the Olympic Games under the ISA’s leadership and authority.

This landmark partnership reflects an innovative and pioneering approach of an IOC-Recognized International Federation and a professional tour working in harmony for the development of the sport and the interests of the athletes. 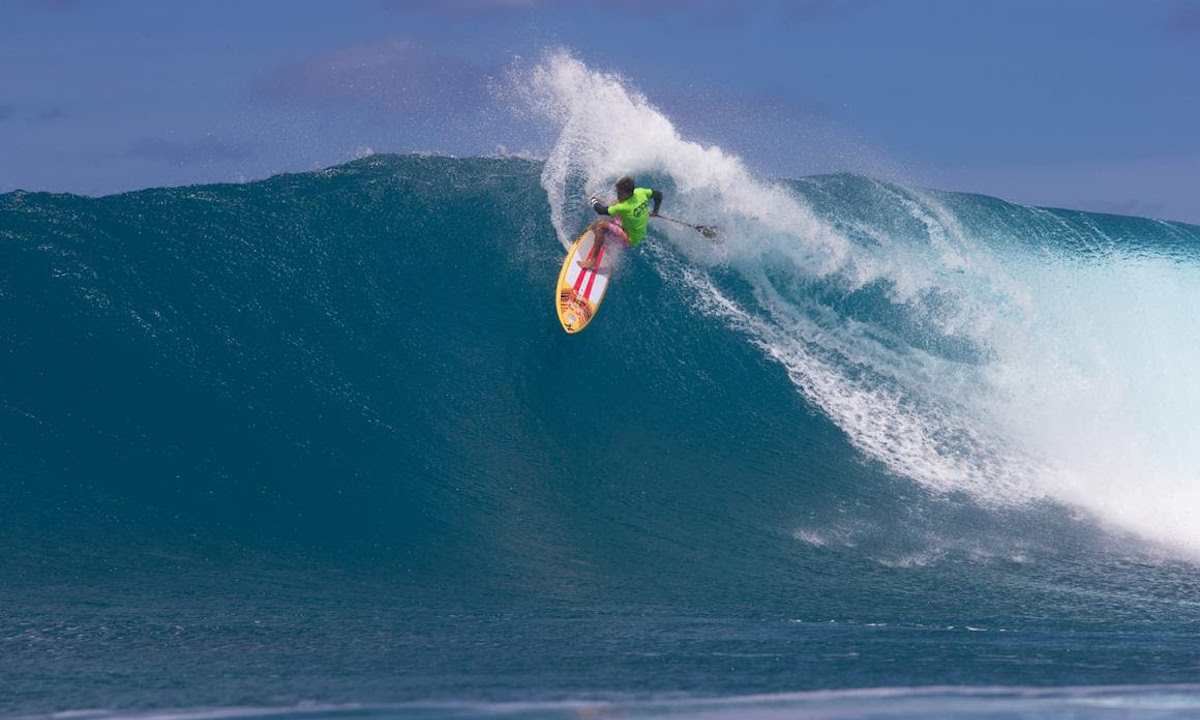 “This agreement marks a historic turning point for the rightful leadership, promotion and unity of Stand Up Paddle worldwide. We are thrilled to join forces with the APP and to work together in the best interests of the athletes and the sport, including both SUP surfing and racing disciplines. No other International Federation in the world has been as committed or active as the ISA in the organization and development of SUP. Through this partnering with the APP, we have solidified our role and leadership as the world’s sole governing body for SUP in all its forms.

“We applaud the APP leadership for their vision and commitment to the professional growth of the sport. We’re looking forward to working closely with the APP to build on the rich tradition of the APP World Tour for an even brighter future. Under ISA leadership, Surfing will make its historic debut at the Tokyo 2020 Olympic Games. With the support of the APP and the world’s best athletes, we are fully committed to a path for SUP to future Olympic Games.”

“Stand Up Paddling has seen exponential growth over the past decade as surfing’s most accessible format: with no geographic limitations or barrier to entry, anywhere there is water, Stand Up Paddling has become one of the most diverse water sports in the world. Over the past 8 years, we have built the sport’s professional platform to where it is today and we have always appreciated and supported the ISA’s commitment to and leadership of SUP. With the re-branding and new direction of the APP World Tour, it was only natural for us to seek a partnership with the world governing body for the sport, in order continue to propel the sport’s development and growth.

“We are excited to align with the ISA and to combine efforts and resources to creatively promote this sport that we love and are committed to. The ISA will be an extremely valuable partner as we look to enhance the sport at every level, from grass roots up to professional. The APP World Tour, our committed professional athletes, and the sport’s stakeholders are confident that this partnership will help the ISA achieve SUP’s Olympic dream. SUP is infused with high performance and youthful values, which would make it a perfect fit for the Olympic sports program in the future.”

“As an active professional SUP athlete and leader in the ISA, I am ecstatic to see our sport’s world governing body and the professional tour for SUP working together in unison. This partnership will continue to push the sport’s explosive growth and boost our campaign for inclusion in the Olympic Games. SUP is the world’s fastest growing water sport. With its unique attributes of sport performance, easy access, youthful relevance and growing global appeal, SUP would bring proven excitement, value and fun to the Olympic Games.

“As athletes, we know that the sport will continue to be in good hands moving forward in this era of partnership between the ISA and APP.”

Press Conference to be held in conjunction with the Opening event of the APP World Tour stop in Enoshima, Japan on Friday 5th May

The Opening event for stop #3 of the 2017 APP World Tour, the Trump Wetsuits Japan Pro-Am presented by Hawaiian Airlines will take place from 4pm on Friday 5th May at Enoshima Beach in the Kanagawa prefecture.

As a part of this opening event, a press conference will be held to mark the opening of the event, but also the announcement of this historic partnership between the ISA and the APP World Tour in one of the venues for the 2020 Olympic Games here in Japan.

Speakers at the Conference will include CEO of the Waterman League, Tristan Boxford and ISA’s Vice President and Chairman of its athletes’ commission, Casper Steinfath to talk about this pinnacle moment for the sport as the two organizations come together to work in parallel towards an exciting future.

About the International Surfing Association (ISA)

The International Surfing Association (ISA), founded in 1964, is recognized by the International Olympic Committee as the World Governing Authority for Surfing. The ISA governs and defines Surfing as Shortboard, Longboard & Bodyboard Surfing, StandUp Paddle (SUP) Racing and Surfing, Bodysurfing, Wakesurfing, and all other wave riding activities on any type of waves, and on flat water using wave riding equipment.