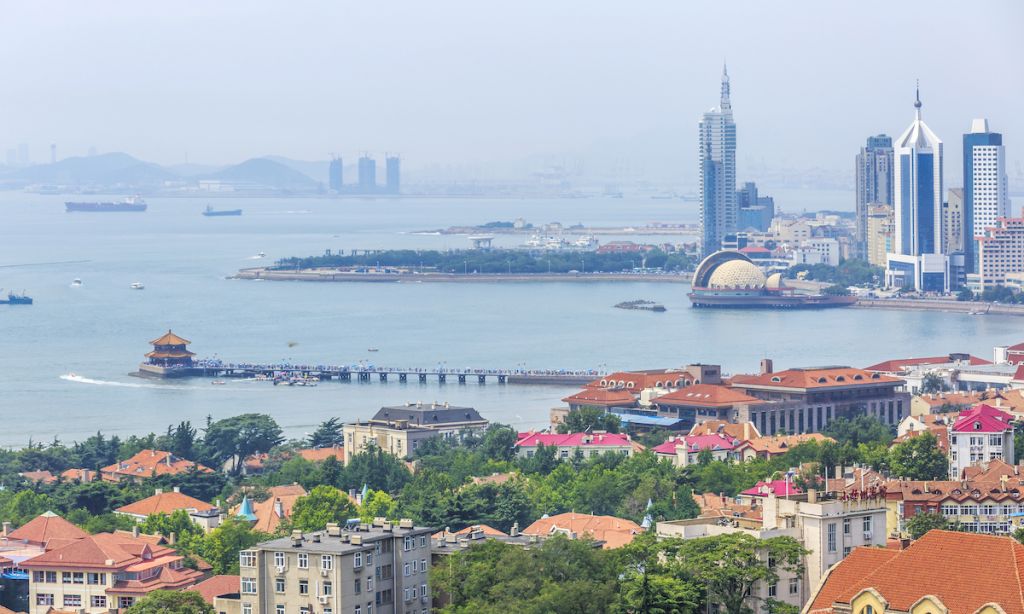 QINGDAO, China - One of the veterans of modern-day stand up paddling and one of the most respected international voices in the sport will team up to provide world class livestream commentary at next week’s ICF SUP World Championships in Qingdao, China. Laconic Australian Kelly Margetts, one of Australia’s original stand up paddlers, and SUP Racer magazine founder Christopher Parker will bring their knowledge and expertise to an event that has attracted around 200 world-class athletes from all five continents to China.

Margetts has been competing for more than a decade and is also a respected coach and trainer. But he is looking forward to watching next week’s action from the commentary box. "I’m stoked to visit China for the first time and see what the ICF has got in store for us," Margetts said. "I can definitely feel some buzz building around this event. It’ll be nice to watch the action from the commentary booth instead of trying to keep up with the young kids on the water. "I’m looking forward to sharing some of the racing knowledge and insights I've gained over the past decade with the live stream audience."

Parker’s love affair with SUP racing led him to develop the news outlet SUP Racer in 2011, which has become one of the most authoritative voices on the sport in the world. He also created the definitive world rankings in 2013, and has hosted almost 70 live stream events since 2014. "Commentating SUP racing is a real passion of mine, so I'm excited to be working with the ICF on a major showcase event for our sport," Parker said. "There are a lot of unknowns but from what I've seen so far I think we're in for a good show in Qingdao. A lot of the top paddlers are talking about this event - it should be a great battle on the water."

Australia’s Michael Booth, Germany’s Sonni Honscheid and Americans Fiona Wylde and Connor Baxter are among the international stars who will be racing for world title glory in China. The 2019 ICF stand up paddling world championships will be held in Qingdao, China, from October 24-27. Along with sprint, technical and long distance races, there will also be an inflatable race as well as juniors and masters events.

More information and entry forms can be found at the ICF event website.