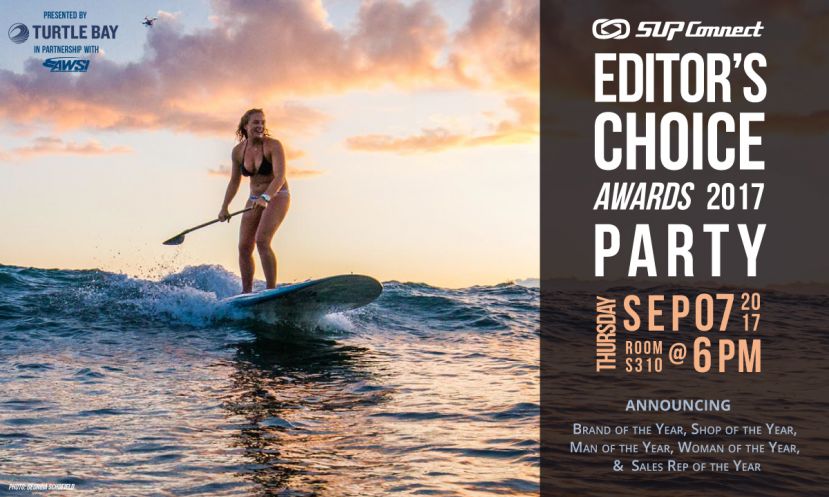 ORLANDO, Florida - Each year at the September Surf Expo show Supconnect, along with the AWSI, hosts an Industry Awards Party following the show on Friday. This year however, Hurricane Irma has other plans. Due to Hurricane Irma, which is officially the strongest storm on record to hit the Atlantic with maximum wind speeds of 185 mph, has forced the Surf Expo to push the Awards Party to Thursday evening instead of Friday.

The show will still be in the same room at the convention center (S310) at the same time (6pm). The only change to the show will be the date change. We’ll still be announcing the winners as planned in front of industry professionals and many of the top retailers in not only the SUP industry, but also the wind, wake, and kayak industries as well.

All those who have a badge to the Surf Expo show are welcome to come and join in on the fun and see the top names and brands in our sport be rewarded for their many efforts. Complementary brews will be provided courtesy of Kona Brewing Company so come on over and enjoy the festivities as we award those who are standards of excellence inspiring the youth and raising the bar for those in the industry. We look forward to seeing you there!

For more news on the Supconnect Awards, click HERE.