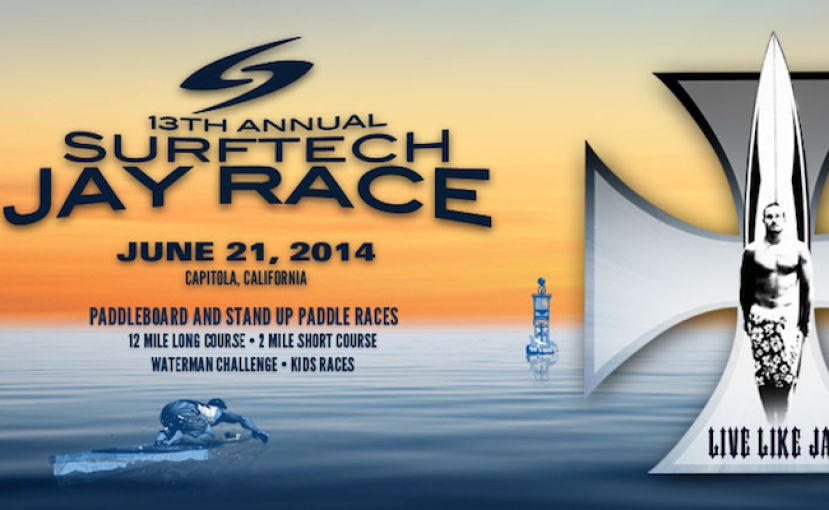 MONTEREY BAY, California - Sunny skies and happy vibes graced the 2014 Surftech Jay Memorial Paddleboard Race, an annual event honoring one of Santa Cruz's favorite sons. This year saw a great turnout in all divisions; the 12 mile Long Course, 2 mile Short Course, Waterman Challenge, kids races and prone. Check out the results listed below. For more information about the race and a full list of results from this weekend, click here to the JayRace website.

Below is the official ress release from Surftech.

SANTA CRUZ, California - Of the nearly 400 competitors who took part in last weekend's Surftech Jay Race, most had more than just the finish line in mind. While competitors at races around the world focus on getting themselves on the winner's podium, the Jay Race has a focus much like that of its namesake. "Live Like Jay" was written on the event t-shirts, race jerseys, bracelets and posters. Kim Moriarity sums up the saying's meaning:

"To live from your heart, follow your passions and dreams, and live with a conscious positive energy that inspires others to want to be better people."

The 'Live Like Jay' vibe was not only present on the beach, it was prevalent on the race course!

If you ask anyone who has competed in the Jay Race over the past decade, they will tell you that no one embodies the humble, friendly attitude that Jay Moriarity was known for more than 2014 Jay Race Prone Paddleboard Over-all Champion, Aaron McKinnon (Capitola, CA). McKinnon first competed in the Jay Race short course in 2003 and since then has dreamed of someday standing atop the Jay Race podium. Aaron's dream was fulfilled 1:49:01 after the start gun sounded on Saturday.

"My plan was to be the first one to the Surftech buoy (first turn buoy) and then settle into a comfortable pace after that," commented McKinnon. Aaron was first to the Surftech buoy and never looked back until he crossed the finish line well ahead of the rest of the field.

On the SUP side of things it was quite a different scenario. Matt Becker (Santa Barbara, CA) was the defending SUP Division champion and was the favorite going into Saturday's race. Challengers such as America's Cup champion, Jimmy Spithill (San Francisco, CA) and Portland's, Jarkko Simonen knew they had their work cut out for them if they were to dethrone the reigning champ. Becker, on his new 2015 Bark "D2" race board was confident in his preparation and his new board.

"I've really been focused on my training this year, more so than ever before," explained Becker. "Joe (Bark) and I have been refining my boards in the off-season and my new 14' D2 is by far the fastest board I've ever paddled! It felt amazing throughout the entire race!"

Becker crossed the finish line with a time of 1:54:15 and a new 14' SUP Class course record! Becker's time was two minutes ahead of Simonen and just over five minutes in front of Spithill. 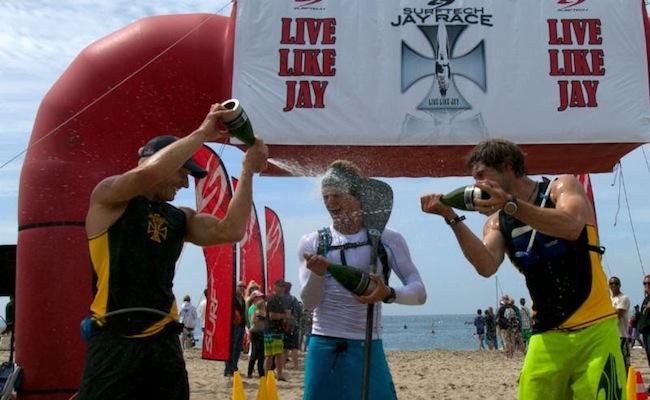 The week before the Jay Race, Morgan Hoesterey was up in Canada where she stand up paddled just under 100 miles in three days from Vancouver to Victoria, BC. Needless to say, Hoesterey was more than ready to take on the nearly 12 mile Long Course on Saturday. Finishing with a time of 2:08:38, Morgan finished just over eight minutes ahead of Jen Fuller (Sausalito, CA) in the Women's 12'6" SUP Division. 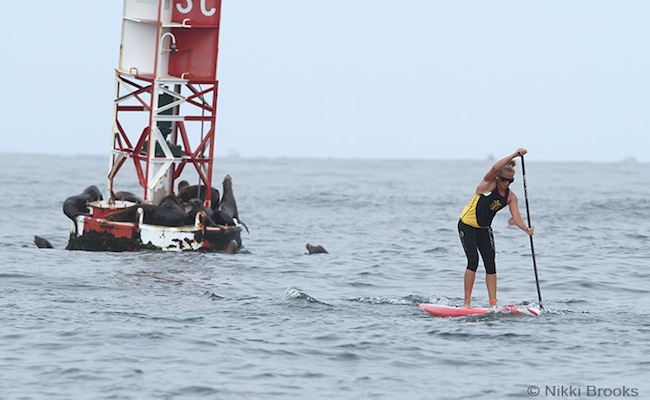 IN LOVING MEMORY OF ZEUF
This years Jay Race was dedicated to the memory of Zeuf Hesson, the "Queen of Pleasure Point" who lost a hard fought battle with breast cancer on December 9, 2013. We love and miss you Zeuffy...

Jay Race Mission
The over-all mission of the Surftech Jay Race is to encourage paddlers of all ages and genders to take to the water for friendly competition, camaraderie and to remember legendary Santa Cruz waterman Jay Moriarity. All of the proceeds from the Jay Race are donated to our local Junior Lifeguard organizations for scholarships and equipment.