Paddlers running into the water at the 2017 Pacific Paddle Games

DANA POINT, California – The 2017 Pacific Paddle Games hit the shores of Doheny State Beach early on Saturday, September 30. As sunrise approached, fog came creeping in along the Southern California Coast, but just as races began, the gloom burned off and the sun broke through, setting the stage for a beautiful PPG weekend. Waves remained flat and mild throughout the event with 5 to 10 MPH winds coming in from the south, adding a bit of texture to the calm waters.

Saturday was full of stellar youth performances as boys and girls from around the globe fought it out to the finish in the Technical Races, as well as the new Beginner Youth Super Grom Race, an 11’&U board race in the demo zone. In the Girl’s 12-14 Technical, Sonia Caimari took first place, followed by fellow Palma de Mallorca up-and-comer, Duna Gordillo (second), while Dana Point’s Malaya Ring took gold in the 11&U division. Rai Taguchi of Okinawa (first) and Guilherme Cunha of Brazil (second) placed in the Boy’s 12-14 Technical while Shuri Araki earned a gold medal for the 11&U division. 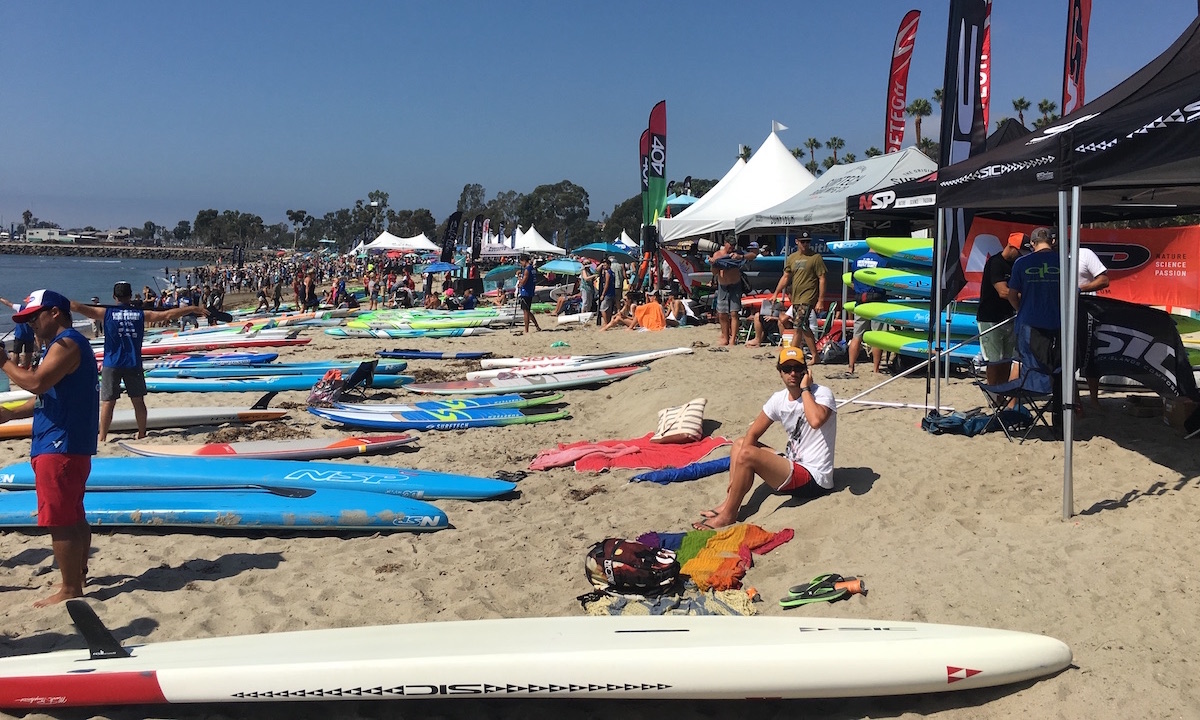 As Sunday rolled around, excitement was high for the Pro Technical and Distance Finals. Ocean conditions proved to be a little more challenging than the previous day, with choppier waves causing difficulties around the Hammer Buoy. All day, the world’s top SUP talents battled it out, bumps and all, for titles at the 2017 Pacific Paddle Games.

Ryan Funk and Noic Garioud fiercely competed in the Junior Pro races, with Garioud taking gold in Distance while Funk took the Technical and squeaked out a 1 point combined advantage over his opponent to win the overall victory. It was a similar situation in the Women’s Junior Pro races, with SIC Maui’s Jade Howson’s tremendous performances winning her first place in Technical and Combined, while her strong opponent Erika Benitez took first in Distance. 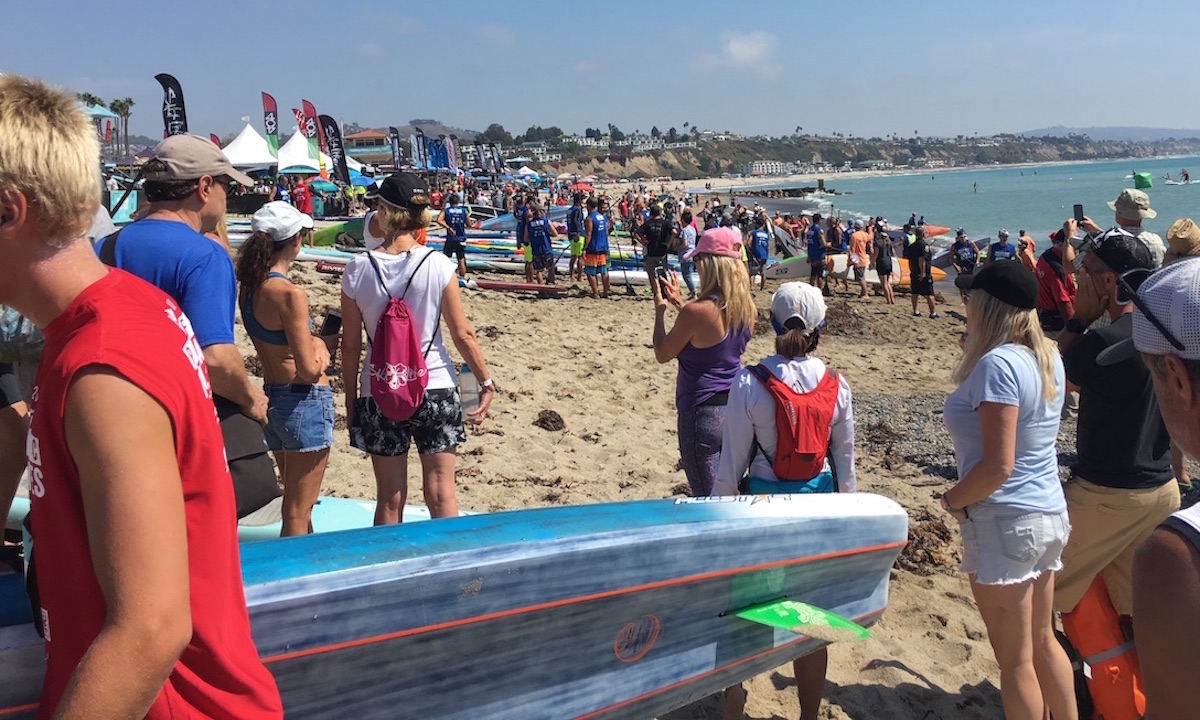 Starboard athlete Connor Baxter and Annabel Anderson dominated in their respective fields, each clinching gold in the Pro Distance, Technical, and Combined categories. In the Women’s Distance Final, Anderson was followed by Fiona Wylde (second) and Olivia Piana (third) while in the Men’s Distance, Baxter was followed by Michael Booth (second) and Danny Ching (third).

Anderson had an astounding outing in the Technical Finals, beating two-time PPG champ Candice Appleby and finishing in under 30 minutes with a 30 second advantage over second place finisher, Shae Foudy. After her costly mistake in the 2016 PPG Technical Finals, where Anderson rounded the Hammer Buoy and started another lap instead of crossing the finish line in first place, it was clear that nothing was going to get in the way of her gold this year. She celebrated her victory by cartwheeling across the finish line with a huge smile. Following Anderson and Foudy was Olivia Piana taking third place.

In the Men’s Technical, it was an impressive performance from second place finisher Lincoln Dews, who stayed neck-in-neck with Baxter until the finish. On the second lap, Dews passed Baxter and took the inside which Baxter had been dominating all race, but was not able to maintain his lead heading into the final minutes of the race. Despite Dews catching a great wave at the very end, Baxter ferociously out-paddled his opponent in an inspiring finish. The two were followed by Titouan Puyo who took third place. 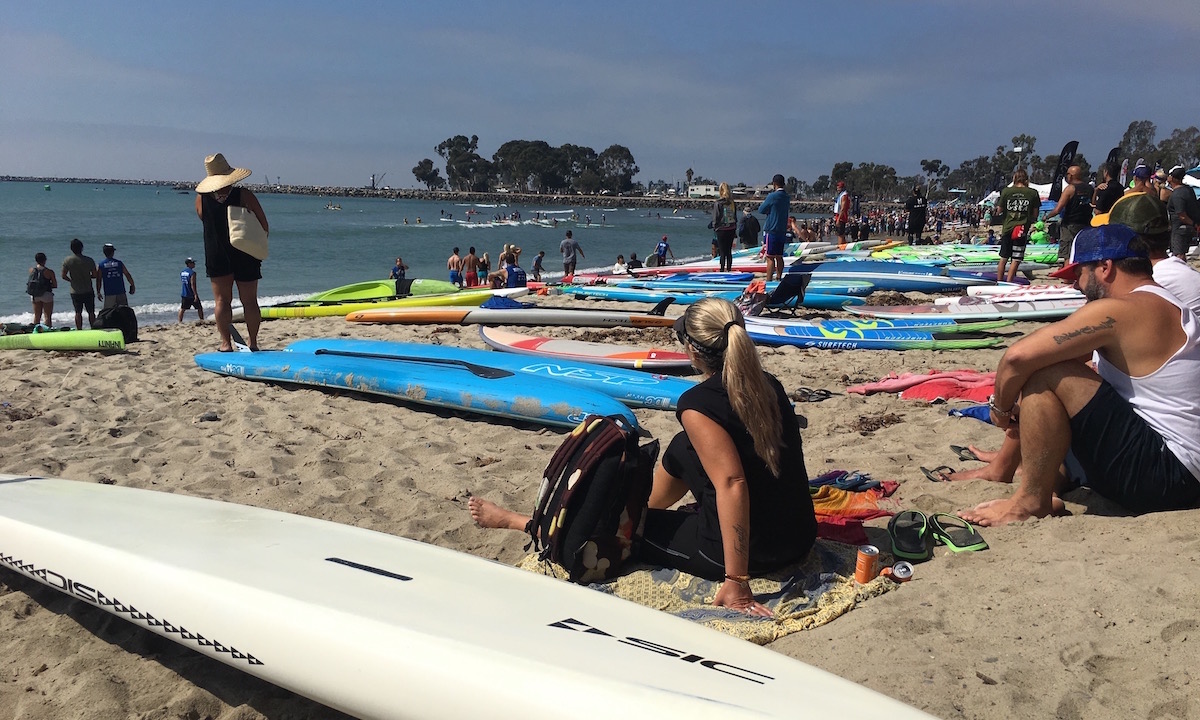 With rising talents, powerful upsets, and defended titles, the 2017 Pacific Paddle Games was an epic showing for all athletes involved and certainly one for the SUP history books. The bar continues to be raised by the dominant talents within SUP.