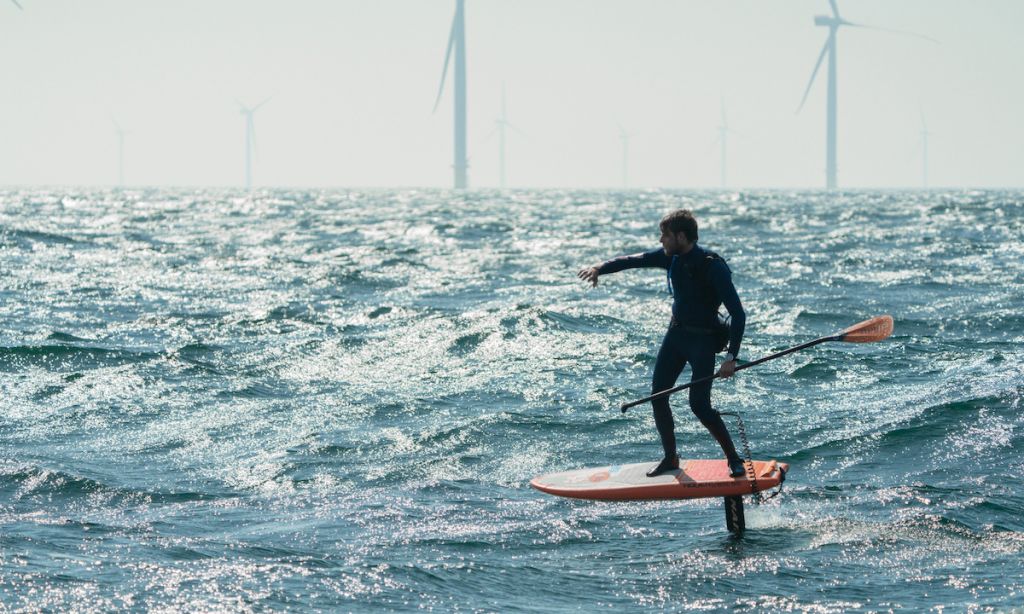 KATTEGAT SEA, Denmark – After months of training and patiently waiting for the perfect conditions to arise, Casper Steinfath set off to cross the Kattegat Sea on his Jet HA 1400, 85 cm mast, and 95 L Hover board, with only a paddle in hand.

The six-time SUP World Champion has many accomplishments under his belt already and constantly seeks his next challenge. This year, Casper decided he would embark on his #VikingCrossing 3.0, which would take him from Denmark to Sweden — a remarkable 128 kilometers across the rough Kattegat Sea.

With the go-ahead from his team and winds holding strong at 20-25 knots, Casper departed from Grenaa in the early morning hours and traded land for the endless open sea ahead.

The mental and physical challenge of completing a crossing of such magnitude is something one can only imagine. Met with seasickness and exhaustion, Casper’s commitment held strong. After hours of pumping and what seemed like never-ending sea still ahead, Casper focused on his goal of arriving victorious on the shores of Sweden. 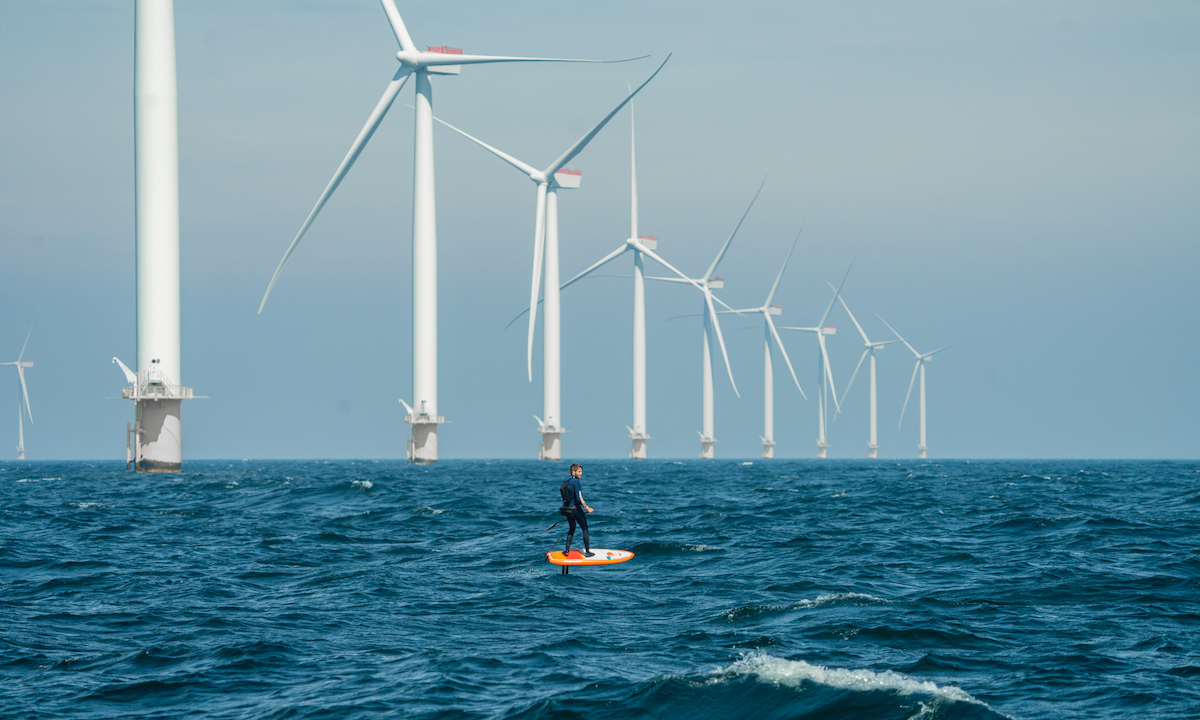 “I was close to giving up several times. The first time was actually after 10 kilometers. I remained at 198 heartbeats per minute, and I was super scared to give up before Anholt. I had very dark thoughts racing through my mind — fear of giving up and fear of failing. I would feel so bad about myself if I did not give myself 110 percent”, explained Casper.

After over 100 kilometers of foiling and only seven left to go, the wind shut off and the waves dissipated. At this point, Casper’s willpower was tested and he had to decide whether it was time to call it quits, or to push through and paddle to the finish line lying on his board in a prone position with the foil underneath him.

He chose to finish what he started and kept fighting.

“I couldn’t get my foil flying. I was grounded seven kilometers from the shore with no wave and powerless legs. I was toast. But I could see my destination, and my arms were still working, so after a few hours, I came ashore,” said Casper. 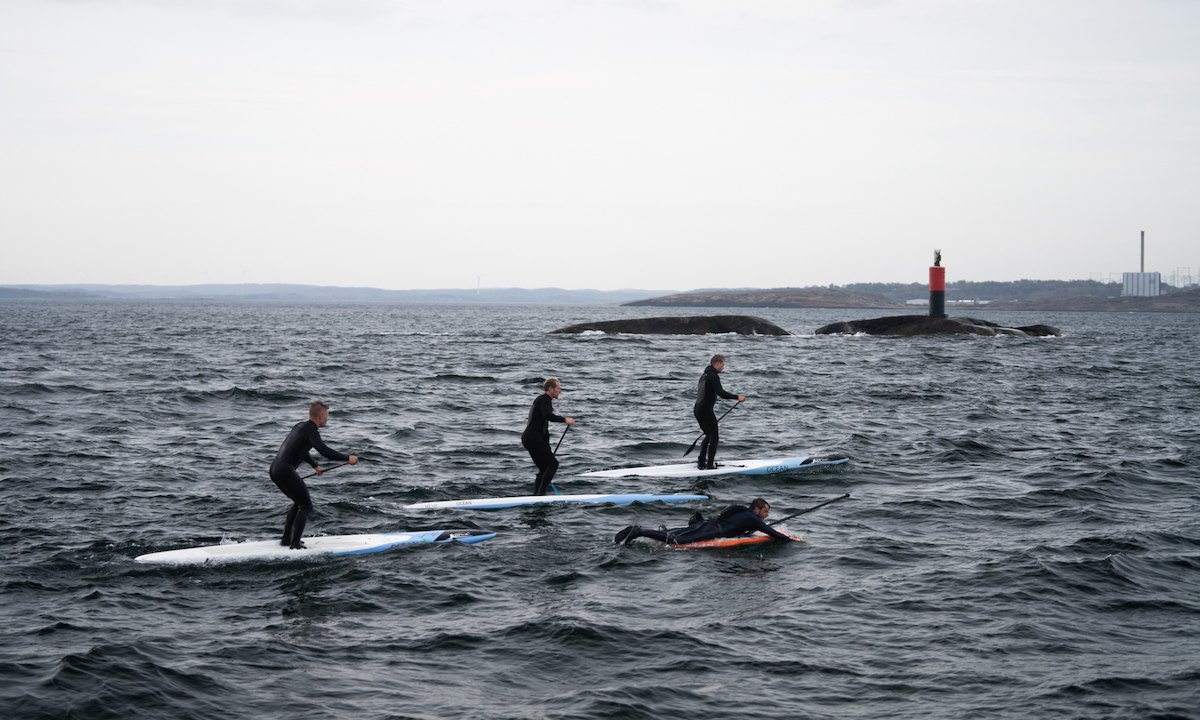 Casper accompanied by his coach and other paddlers for the final stretch. | Photo: Jakob Gjerluff Ager

In his moments of self-doubt, help came along as a boost of encouragement. Casper Steinfath’s longtime coach, Magnus Lindstedt, arrived at his side on a SUP board and paddled Casper to victory along with a handful of local standup paddlers.

“I got tears in my eyes. Suddenly, I saw my coach, and he gave me the belief that I could paddle home. It was a huge surprise and meant everything,” Casper recalled.

The lighthouse at Bua Harbor started to come into view and Casper arrived in Sweden after 10 hours and 42 minutes on the open sea. Casper made history at that moment as the first person to cross the Kattegat Sea, from Denmark to Sweden, on a hydrofoil.

“It just did not go as I expected and instead into much more than a simple battle of crossing an ocean. Kattegat gave lots of resistance and did not make it easy, but that made it even more rewarding and meaningful to complete this adventure,” said Casper.