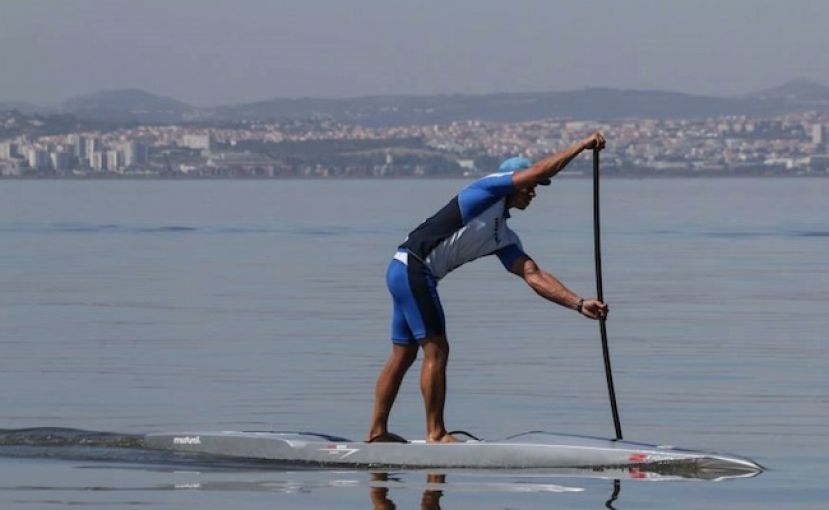 WIERDEN, The Netherlands - The Mistral M2 Flatwater Race Boards were introduced into the worldwide market in 2013 which marks the start of a new era! Many Mistral countries have in the mean time tested these boards with their team riders under the harshest conditions and – of course – to show the superiority of this high velocity potential. Not to forget its sensational light weight only 18,5 lb. (8,5 kg) for the 12’6 and 21,5 lb.(9,8 kg) for the 14’0. Initial success is already apparent: Mistral was right to rely on a Flatwater Racing Kayak shape in this subject and to use the influences from the Kayak racing scene as well to realize the M2. This board enjoyed already many successes in 2013 summer season at once. In the German racing scene, the M2 won both disciplines of the German Championship: Long distance and sprint.

Kai-Nicolas Steimer, German Champion 2013, quoted: ‘‘incredible acceleration! The M2 is certainly the fastest board in the current market’’! The international Team rider and two-time Kayak World Champion, Stephan Stiefenhoefer mentioned:’’….no other board is faster than this Flatwater Racer at the moment!’’ Starting in the USA, at Triple Crown Florida Race, by the US-Team rider Andres Pombo. He won not only the tender against fierce international competition with their 12’6’s, he also had the best time overall. He was faster than all other 14’0 race boards (!!), which is – of course – absolutely fantastic and shows incredible velocity potential for this board.

Here is an extract from his detailed test report about the M2 Flatwater Racer: ‘’This past weekend was my first time racing the Mistral M2 flat water racer on the first of two races in The Triple Crown of the upper Keys Series. With only a few days of training on this board before the race I had excellent results even in parts of the race where it was windy and with some current. The board is super fast and has a smooth glide with great acceleration in each stroke. The light weight and amazing design make this board perform so well on all conditions especially in flat water. This past weekend I competed in two 6 miles races on Saturday and Sunday on the M2 finishing first overall in the race and I will be racing the final race this upcoming Sunday. I am very happy and honored to be racing these boards in combination with my 95 Carbonerro paddle.’’

Our Portuguese Team rider Oleksandr Olefirenko delivered the next sensation when he won the Pro Race in Portugal recently named ‘’Crossing Rio Tejo Lisboa’’ with his 12’6 M2 board and he both humiliated & eliminated the competition. This time, in turn, the 12’6 M2 achieved again a better result than the 14’0 race boards and met the requirements again: to be the next step in the development of a SUP race board!

Oleksandr quotes the following about the Mistral M2 Flatwater Racer: ‘This board is very good for sprint, its good to do quick turns and its super lite‘! We come to a positive conclusion after the last developments concerning the M2. This board was conceived as Flatwater Racer and reached now a leading position.

So as to continue this success and to tackle difficult conditions, our M2 family will be expanded for the 2014 season with a 12’6 & 14’0 Open Ocean Racer – to show there as well, that Mistral plays again at the top as a race brand and can cope with the international competitive at any time!

Mistral's success story starts in 1976, when, due to its passion for water and wind, the originally Swiss brand develops an innovative concept: surfboards with a sail. A new surfing dimension is born and proves to be an international hit. Mistral sets the tone in the development of windsurfing boards. Technological innovations rapidly follow, new materials are developed and tested. Mistral turns windsurfing into an international sport and even launches the Mistral World Cup Team. The brand becomes synonymous with windsurfing: Mistral is windsurfing, windsurfing is Mistral.