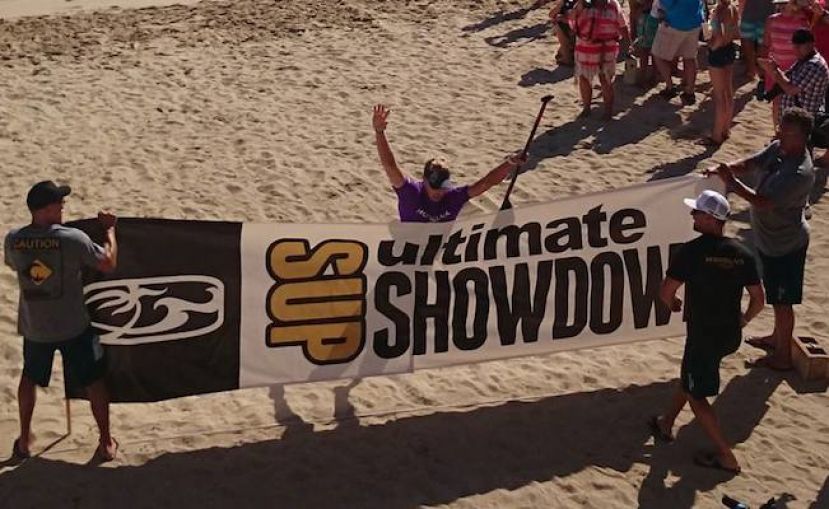 OAHU, Hawaii - The Ultimate SUP Showdown brought the biggest names in the SUP racing and SUP surfing scene together in one place to compete against each other to see who is the ultimate standup paddler. In one of the biggest battles of the year Connor Baxtor (Starboard) came out on top over a very competitive field and he did it for the second year in a row. Kai Lenny (Naish) came in a very close second, and Danny Ching (FCS) took third.

For the Women’s, Annabel Anderson (Starboard) came out on top and showed everyone just why she is one of the biggest names out there right now. She topped Candice Appleby (Ocean Minded), who came in second and Jenny Kalmbach in third.

Stay tuned for the full report from the Ultimate SUP Showdown.

More in this category: « Baxter and Anderson Win Long Distance in Fiji Baxter and Lenny Have Water Wars in Chicago »