Awards
updated 7:00 AM PDT, Oct 23, 2020
Headlines:
Essential First Aid Tips For Paddleboard: If you follow the rules and have had som
How To Analyze Your Surf Break: Sean Poynter is one of the best stand up
Weekly Recap 10/20/2020: Welcome to the Supconnect Weekly Recap,
How Can Sound Sleep Prevent Injury and B: Stand Up Paddle (SUP) is considered such
SUP One Paddle Surf to Produce Official : SUP One Paddle Surf have been named the
ICF Confirms Details of 2021 SUP World C: It has been announced that the 2021 ICF
Paddle Boarding Amsterdam: As many people might know already, Holla
How To Pick Your SUP Surf Break: In episode four of Sean Poynter’s How-to
Weekly Recap 10/13/2020: Welcome to the Supconnect Weekly Recap,
Paddle Boarder Dies In Colorado Reservoi: Two standup paddle boarders were paddlin 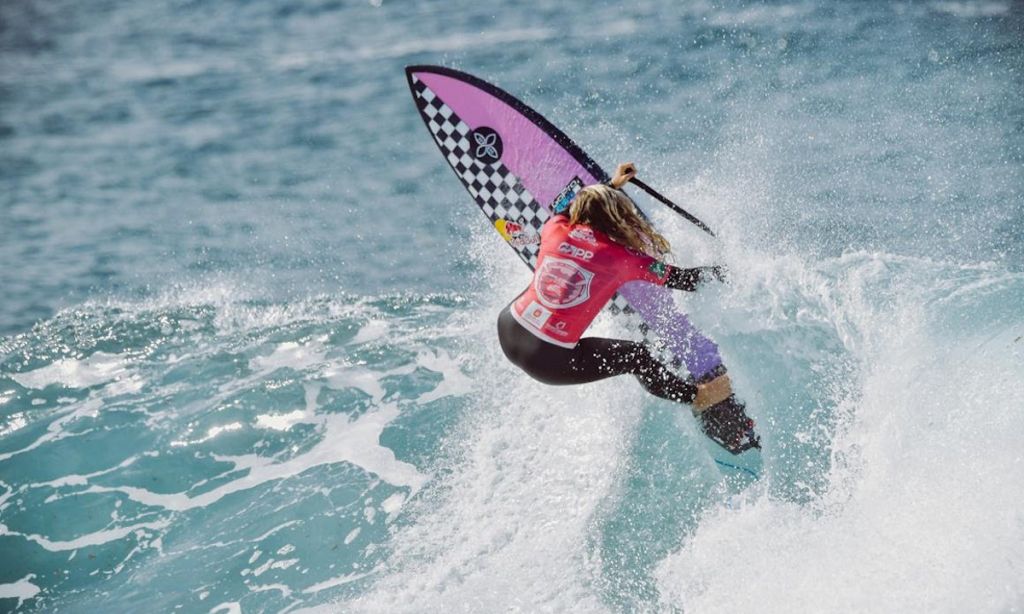 ERICEIRA, Portugal - The APP is proud to announce not only the launch of the contest period for APP's Ride of the Season (July 1st - August 31st), but also that beautiful Town of Cascais will play host to what will be an unforgettable All Stars Road trip in Portugal.

#APPrideoftheseason: The Road to Cascais

Entries are now open for both APP athletes and local heroes / weekend warriors alike to submit action clips of single waves from anywhere across the world to be considered for APP's Ride of the Season. The entry process is simple and free:

A shortlist of submissions will be created by assessing number of likes, so all entrants are incentivized to promote their submission in every way that they can in order to be considered for the shortlist. Guidelines from the APP's elite panel of Judges and advice from Top Pros will follow @appworldtour and appworldtour.com over the coming days and weeks, as the public will become the judges of this global showdown.

Highlights from standout entries and performances will be showcased each week through the 2 month contest period, as athletes will not be restricted to 25 minute heats and traditional contest parameters, but instead, they will be free to push their limits and strive for the best possible performance to earn their spot in the prestigious Cascais All Stars.

Final Selection Process to decide the Contenders for the Cascais All Stars in October.

The final shortlist of athletes will be determined at the close of the contest period (August 31st) and submitted to the APP World Tour's global judges for consideration and final selection.

The Top 3 Men and Women in the Pro division and the Top Man and Women in the #Unsponsored Division will then earn their place on the prestigious Cascais All Stars, to be held in October in Cascais, Portugal. This will be a trip of a lifetime, and an adventure in progression and performance, as the assembled contenders will explore Portugal's wave rich coastline during its golden season in a unique athlete judged showdown to remember (more details to be released over the coming weeks). 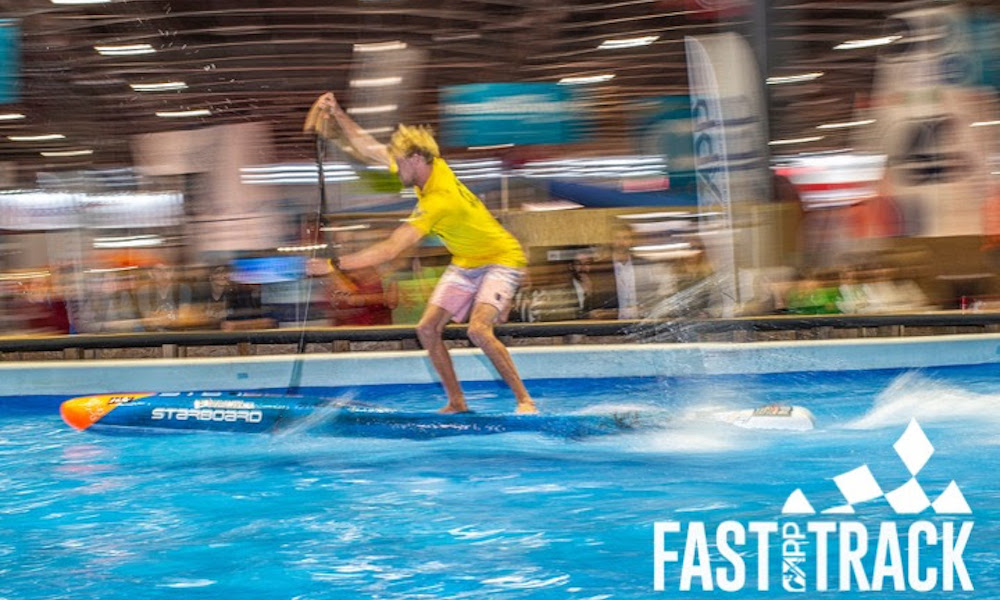 The contest period for #APPFastTrack is also now open giving all entrants a 2 month window to submit their fastest speed over a 50m distance, with all counting runs to be verified by GPS reading and video capture. This competition is open to both Pros and weekend warriors (#unsponsored) alike, with all entrants to be placed into a dynamic leaderboard that will be continuously updated with the fastest times and names to determine who is in the lead at the end of each week. There are no limits to how many runs you can record and upload, so all participants can keep recording runs until the close of the contest period to ensure that their fastest time possible is included.

Like #APPrideoftheseason, the entry process is simple and free:

Regular highlights of the fastest runs together with color commentary from the APP's very own Sports Director, Anthony Vela will be aired on appworldtour.com and @appworldtour and the dynamic leaderboard at appworldtour.com will provide a continually updated picture of who is on top and who is the man or woman to beat!

All Stars Showdown to be announced for the fastest entrants

At the close of competition, the 3 fastest Pro Men and Women and Fastest #Unsponsored Man and Woman will be selected for a prestigious final speed showdown at a venue to be announced. This All Stars event will be a showcase of the fastest racing in the sport as the APP World Tour remains committed to the sport's progression and creating unique and inclusive experiences for all. 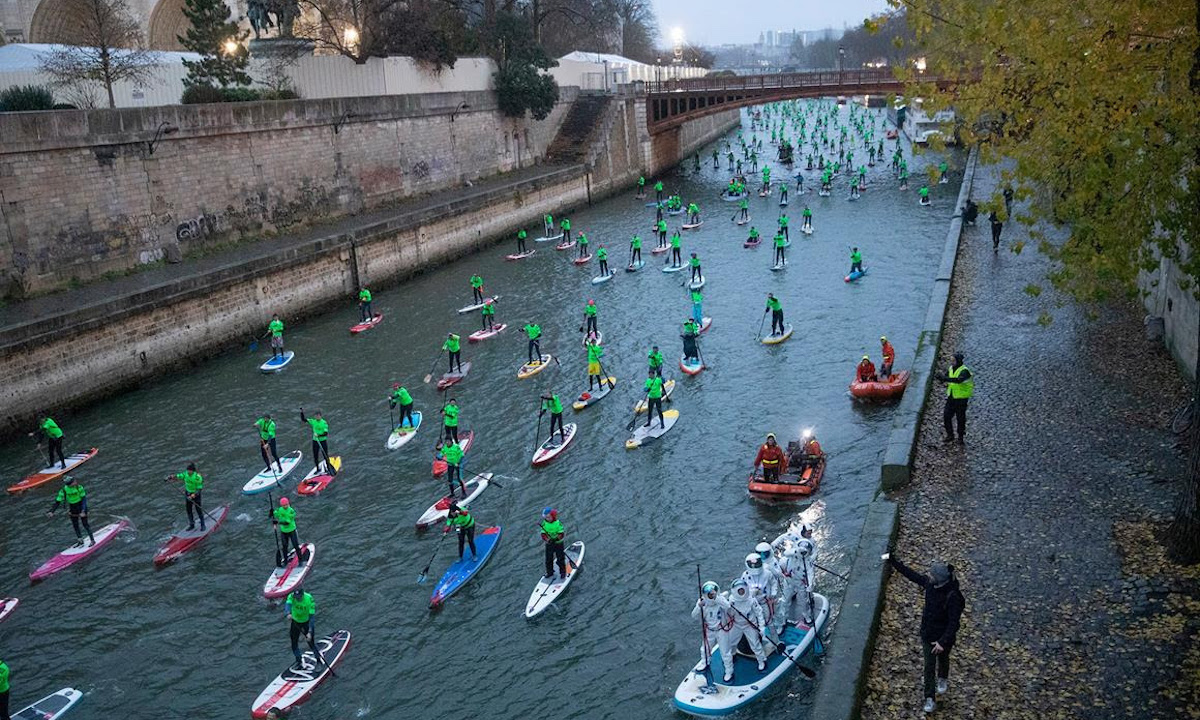 The APP World Tour has continued to monitor the global situation as it relates to Covid-19 and its widespread impact and has been working closely with its partners to evaluate how best to proceed. As a global sporting organization, the APP has also been monitoring global travel restrictions closely, as it has become clear that any kind of return to normal for global travel is a fairly long way off.

With travel between the US and Europe complicated for the foreseeable future and travel ban for residents leaving Australia likely to stay in effect until the end of the year, if not beyond, it has become clear that crowning a World Champion that all the best in the World can attend and that plays out across a series of events as the APP World Tour does, is not achievable in 2020.

As a result, the APP has focused on delivering two major 'World Cup' designated events in 2020, to wrap the year in style, celebrate the sport at every level in two iconic locations and provide the perfect springboard into the 2021 season:

While it is disappointing not to be able to complete the Tour as planned in 2020, we believe that these two events will provide the best possible solution to what has been a challenging year for sport as a whole. Furthermore, these events, along with our two virtual competitions detailed above will help keep the action and excitement fever pitch, and the entertainment, second to none.