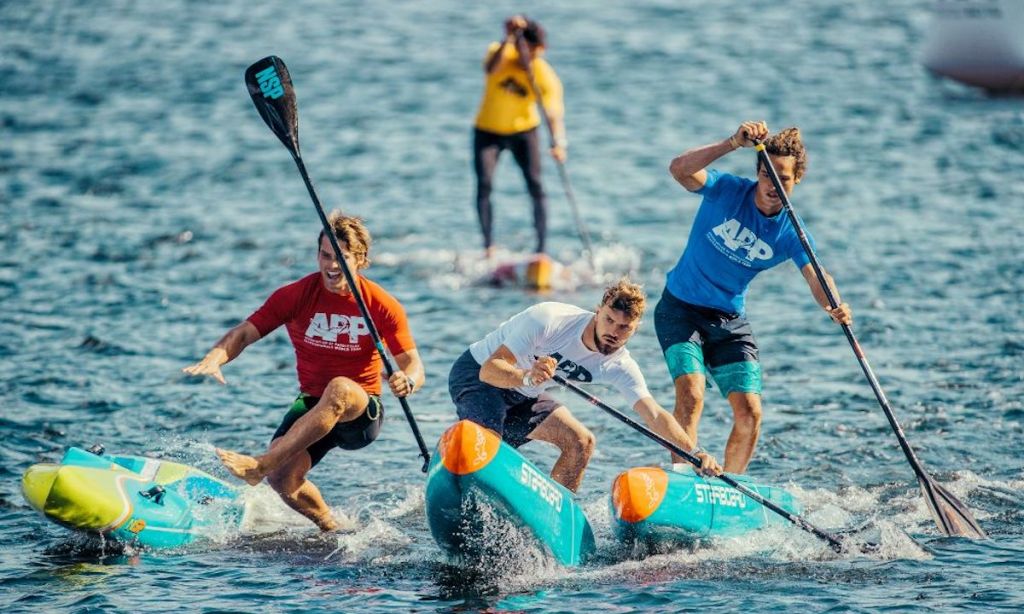 LONDON, UK­—April Zilg & Connor Baxter do it again as they claim the sprint title for the London SUP Open! Friday was packed with intense battles, photo finishes and another 10,000 points clinched towards the Racing World Title. On Sunday, Stop #2 of the Racing World Tour wrapped up in London after a weekend of action-packed sprints and the iconic distance race down the River Thames.

The first day of the London SUP Open was packed with intense battles, photo finishes and another 10,000 points clinched towards the Racing World Title. On Saturday the Sprint races took to the water and on the mens side of things Connor Baxter managed to hold off the young guns once again as he sailed to his second sprint title of the APP season after being chased down by Japan's Rai Taguchi and France's Tom Auber in the men's final. On the women's side, April Zilg clinched the win after battling with sprint-powerhouses Espe Barreras and Caroline Kuntzel through a competitive set of heats. In case you missed any of it, check out the highlights of all the most important moments and wins from an insane day of competition on stop #2 of the racing tour. 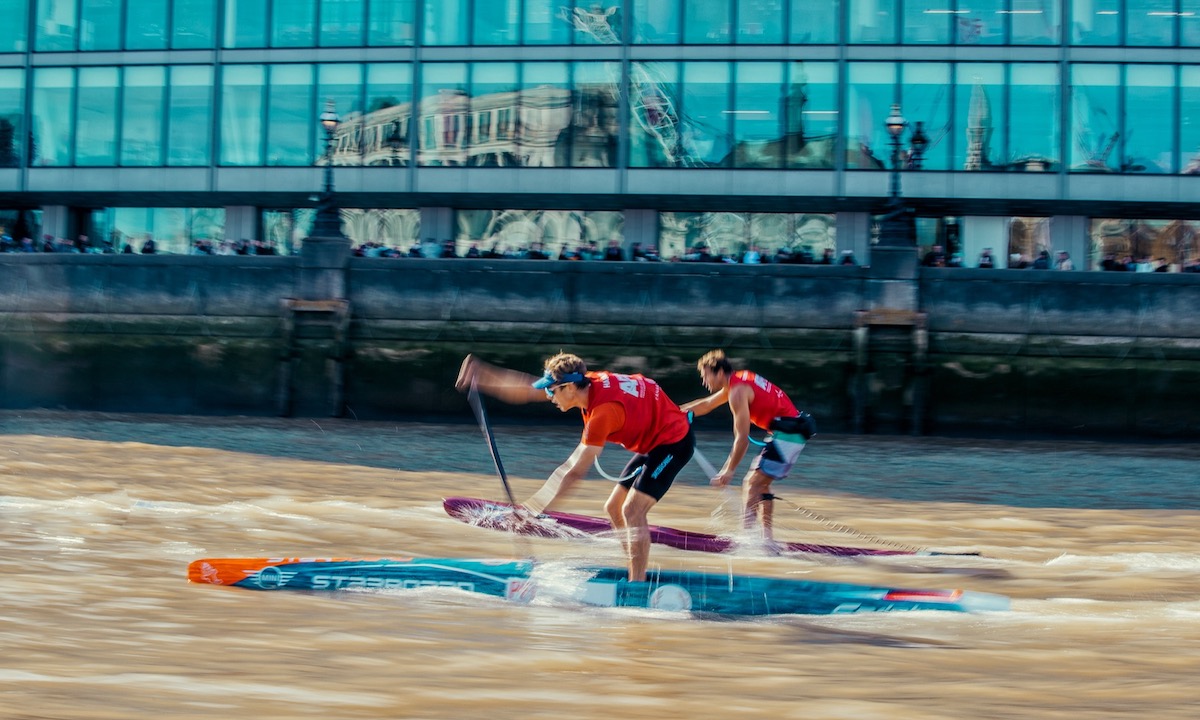 On Sunday, the River Thames turned on the chop and current, sending the racers blazing down the river in what was a thrilling race for both competitors and spectators. For the women's race, Spain's Espe Barreras, dominated from the get-go and remained untouchable to the the rest of the field. With a 2nd in the sprints and 1st in the distance, Barreras took the women's overall, putting her just behind April Zilg in the 2022 Racer Standings, making for what's sure to be an exciting next couple of events to see who will end up taking the top spot at the end of the season.

On the men's side, Daniel Hasulyo was quick off the block and took the lead of the men, but not for long, as New Caledonia’s Clement Colmas powered ahead and managed to hold off Arthur Arutkin and Connor Baxter in a battle to the finish line, taking the win in his debut on Tour. If you missed the action, check out the coverage from the race in the video below.

After stop #2, Zilg and Baxter remain in the lead in the World Championship race, as they look toward stop #3 next weekend for the Busan SUP Open.

You can watch all the action at the Busan SUP Open live September 23-25 at appworldtour.com and @appworldtour.