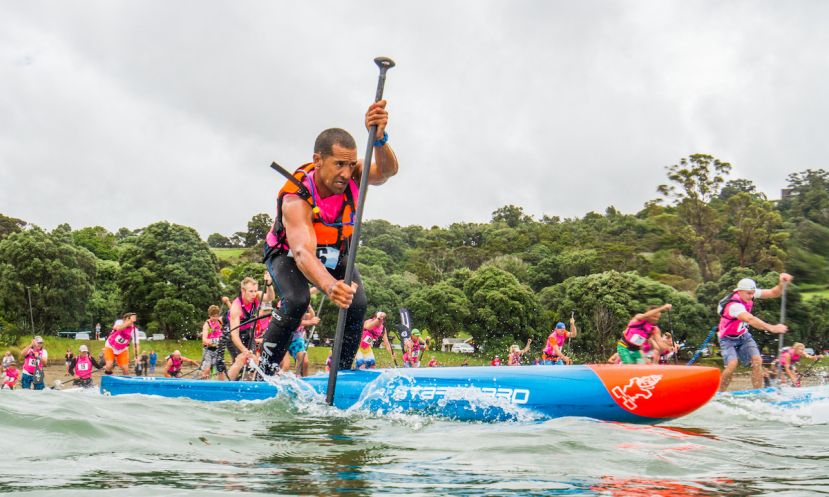 See summary of events and results below.

A surf finish and beach run gave NSP’s Titouan Puyo line honours and 1st International with a well-paddled race, he crossed the line two minutes ahead of 2nd place getter and 1st Kiwi, Marcus Hansen and rounding out the podium was Aussie-based Trevor Tunnington. 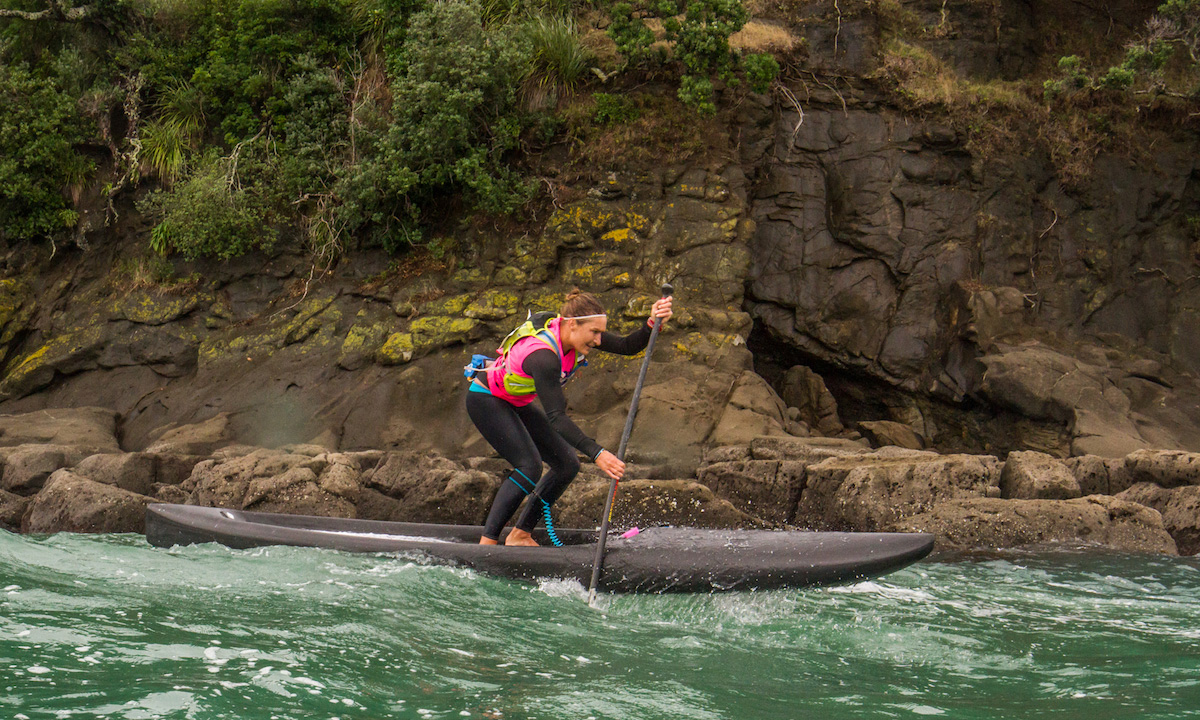 The technical surf race is a 4.5km M-shape course, in-and-out of the surf in front of the Orewa Surf Club. Conditions saw paddlers complete the course in rain squalls and onshore winds gusting 30-knots in the morning, easing over the day, with 6ft swell easing to 2-3 foot in the afternoon. 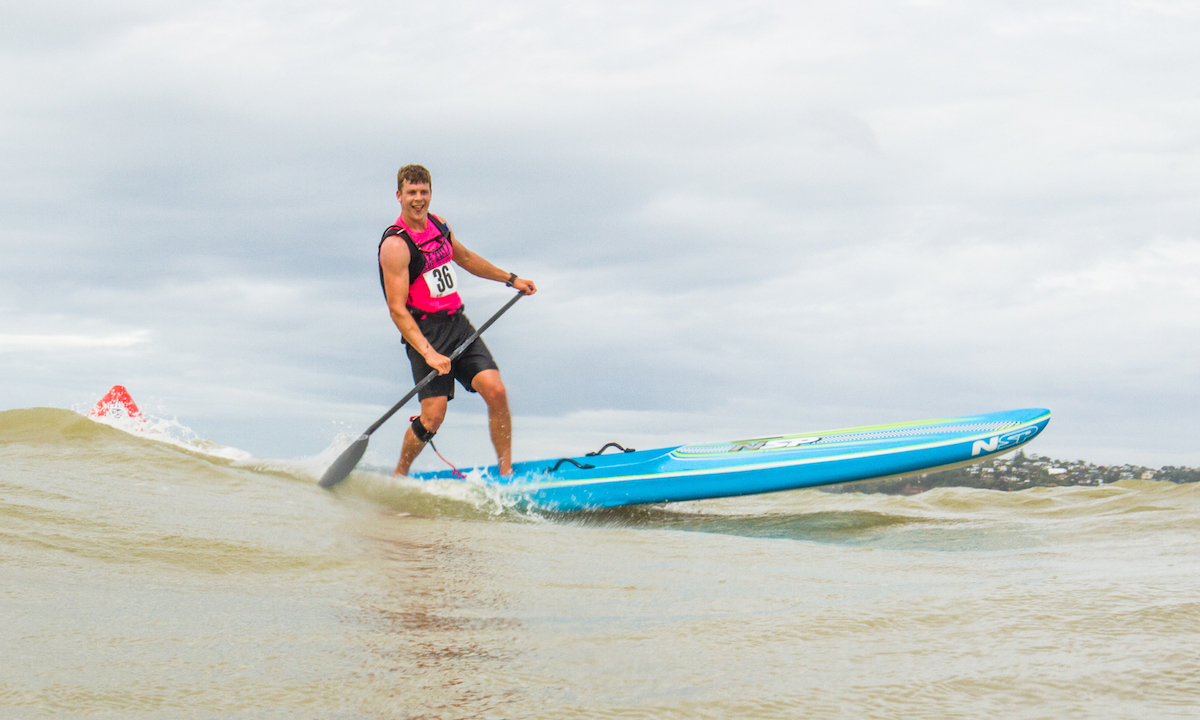 "It was impressive to see the performance of the Kiwi athletes against these top names this weekend," Houghton says. Marcus Hansen was ahead of Tunnington in both races, while 17-year-old Ollie Houghton and JP Tobin had parity with them in the surf technical race and distance races respectively.

Almost 300 paddlers took part across the weekend's events, with ages ranging from 6-76.

"The NZ Sup Nationals not only celebrates our elite paddlers, it's a celebration of the sport across the country and it's great to see both professional and amateur athletes battling it out across the weekend." 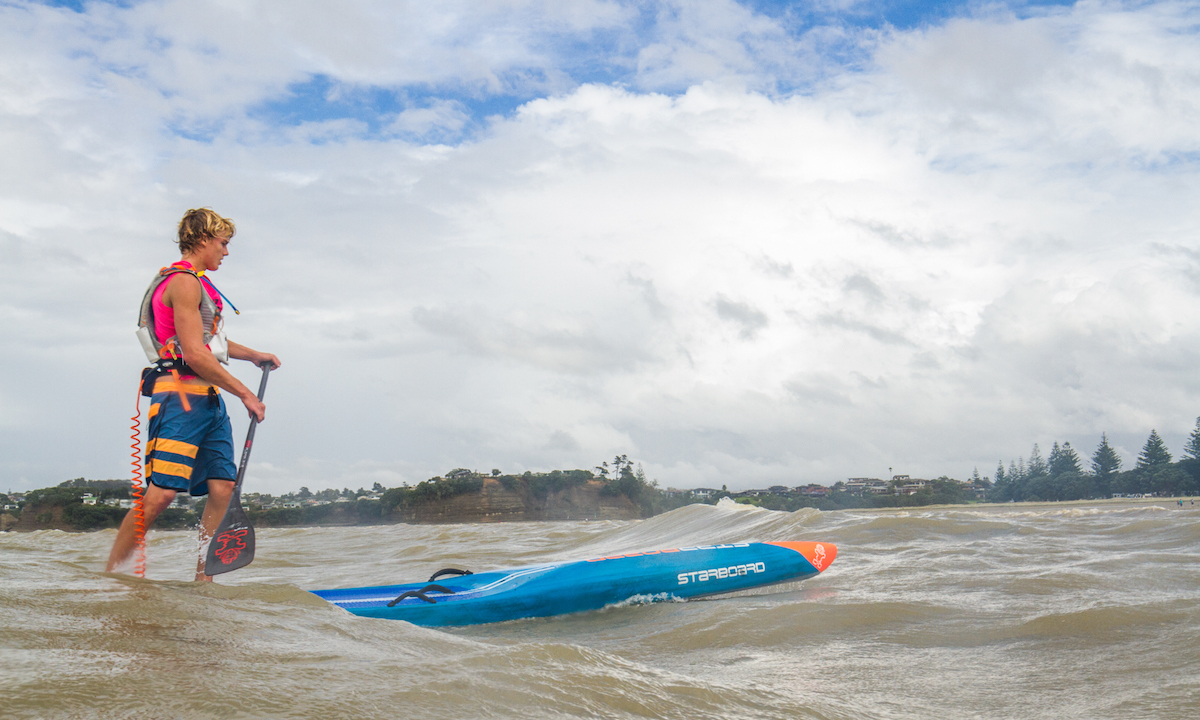 Houghton says the level of competition increases significantly each year, largely on the back of weekly summer race series such as the City Surf Series in Mission Bay and Beach Series in Takapuna and Orewa. Auckland is still the dominant region for the sport, Houghton says. "The goal for NZ SUP is to grow the sport and get the regions more involved with our national championships."

To find a SUP event in your area click HERE.

More in this category: « The Story Behind the Best Watersports Stereo Freitas & Black Claim Overall Victory at 2017 Maui Pro-Am »