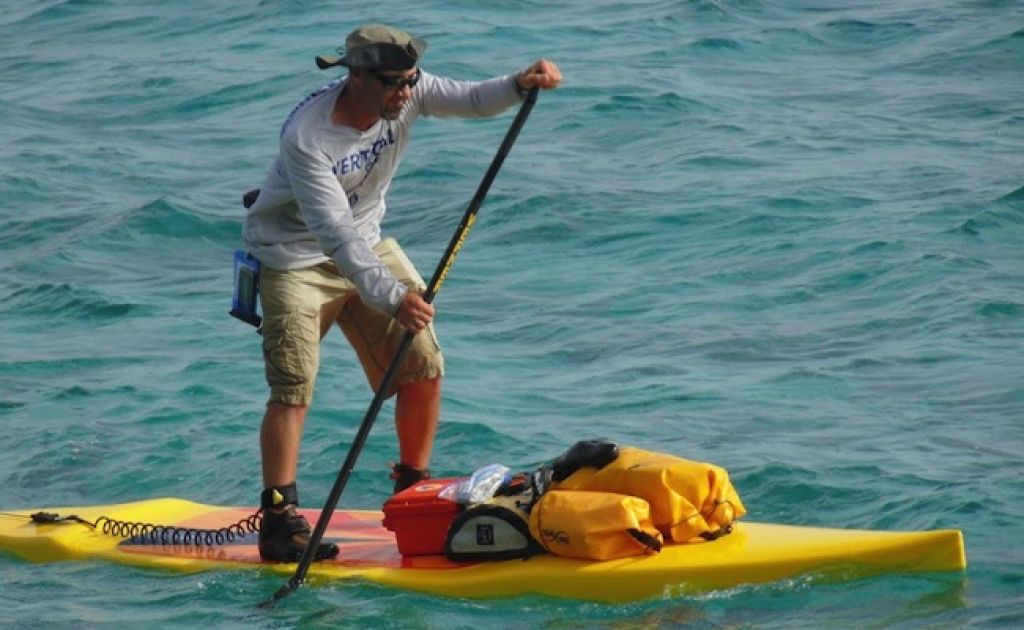 ST. JOHN, United States Virgin Islands - Ultra-marathon paddler and super-human, Shane Perrin, recently completed another phenomenal journey, circumnavigating the US Virgin Islands of St. Thomas and St. John. It seems like every few months Shane spices up his paddle life by undertaking a large, grueling physical feat, either for a worthy cause or a personal challenge.

As it turns out, one of his sponsors, Vertical Oar, is in the process of establishing an adventure race in the Virgin Islands; an event that resembles the lovechild of Survivor and the Amazing Race. It's an exciting prospect and definitely something we'd be interested in watching when it gets off the ground. So who better to test the waters and showcase the islands' potential for an ultra-marathon event than Shane?

Generally the first 6-10 hours is purely physical. Somewhere in the 10-12 hour range willpower takes over. Your body starts to want to shutdown and rest. That's when Your mind has to take control and tell your body you can do this. Keep moving." ~ Shane Perrin, on doing long distance paddling. 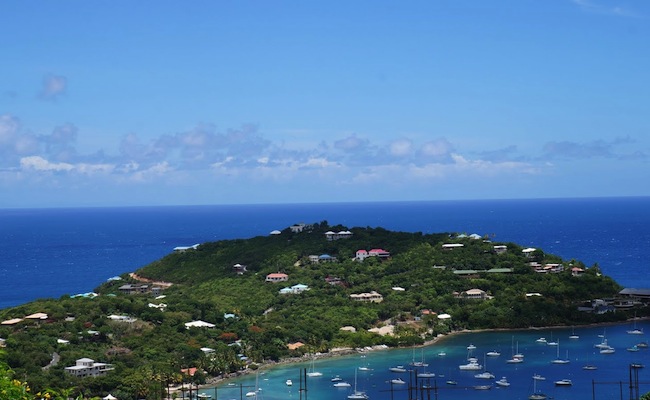 At 7 a.m. on June, 14, Shane set off from Cruz Beach, heading west along St. Thomas south shore, where he paddled into the night, negotiating headwinds, swells and the general psychological storms that brew and hiss when you're out in the open ocean. Despite battling the elements, it's a beautiful part of the world and certainly has its perks, as Shane pointed ouyt. "The scenery was georgous! I was paddling over huge coral reefs. I would be in 6ft of water and come up on these reefs and then realize I was now in 6-8" of water because the reefs are so vast. The water is so clear you can see down 20'. Then there were the sea turtles that greeted me every so often and the aquatic life. Just an amazing experience." 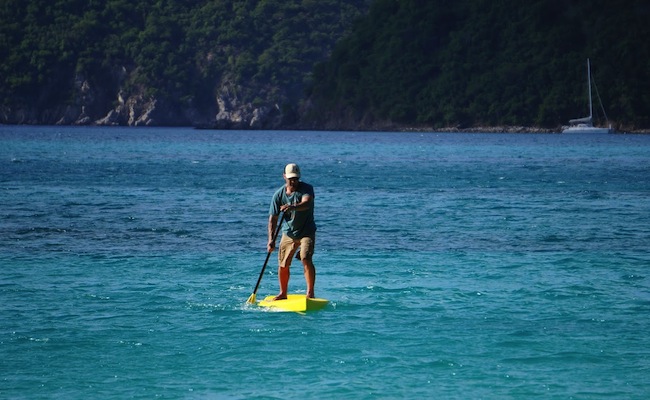 He took a few helpful catnaps along the way, before plunging into the Pillsbury Sound to make his way over to St. John - at around midnight. Moving on, he took on wind and swells throughout the day, rounding the smaller of the two islands by the middle of the afternoon. 33 hours and 57 minutes after setting off, Shane finally came rolling back into Cruz Bay. All in all, the trip around both islands totaled 71-miles. 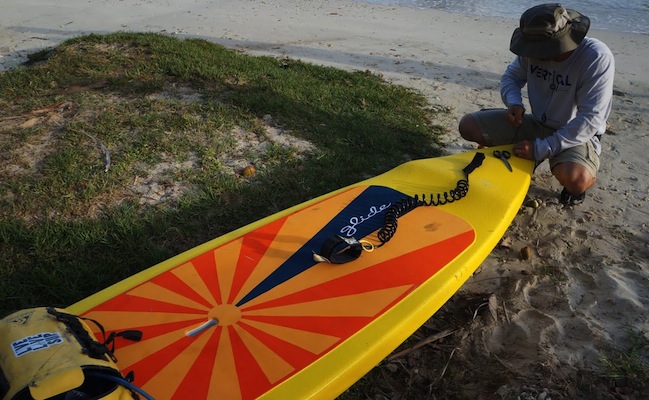 "I chose the 12'6 Glide Quest. Glide paddle boards have a GSS coating that make them near bombproof. Between shipping from Utah to Miami to the usvi and the reefs and rocks of the islands I wanted to be sure I wouldn't have a damaged board. The Quest performed flawlessly. It was pretty rough waters to be on a 12'6 but it handled great."

We'd like to Congratulate Shane on another impressive run. We'll be keeping an eye on VerticalOar.com for updates on the 2015 challenge, which is sure to be exciting.

More in this category: « Australian Paddler Crosses English Channel On A SUP A Day With Will Schmidt As He Paddles From Canada To Mexico »