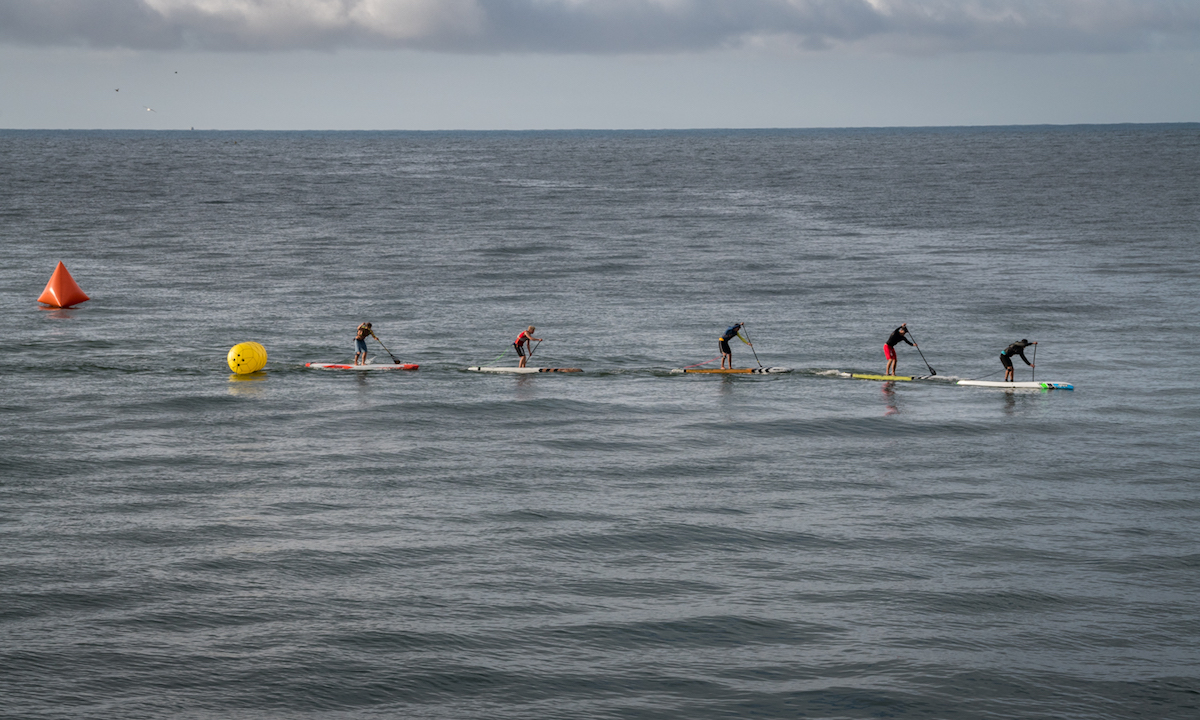 SANTA CRUZ, California - The 32nd Annual Santa Cruz Paddlefest was one for the books as stand up paddle surfers and racers took to the waters in Santa Cruz, California. The 10k Pro Elite race for both the men and women were the talk of the weekend as the results had everyone buzzing.

The men’s race was jam-packed with talent and had the likes of Boardworks’ athlete Mo Freitas, Slater Trout, and Josh Riccio among the elite competing for the win. As the men were running up the beach to cross the finish line, it was none other than Slater Trout who came in first followed by an injured Mo Freitas in second and Tyler Bashor in third. But because Slater Trout failed to wear the required safety equipment during the race he was ultimately disqualified, giving Mo the win and bumping up Tyler Bashor to second and Itzel Delgado to third place. While stripping the win from Slater wasn’t ideal, rules are rules and as such must be followed. Slater took the DQ professionally but will no doubt be bummed to miss a podium and the points that were on offer. In the end it was a lesson learned and a good reminder that all paddlers need to pay close attention to race rules and regulations.

To add to the buzz, it was then a photo finish (literally) between 16-year-old name-to-watch Tyler Bashor and the injury-hit Mo, with the latter hobbling up the beach after getting stitches in his foot last week. Mo got the nod on the official timing sheet and then moved onto the top step of the podium following Slater's DQ, which gives a new-look Team Boardworks/Rogue their first big win after a couple of seasons on the sidelines. 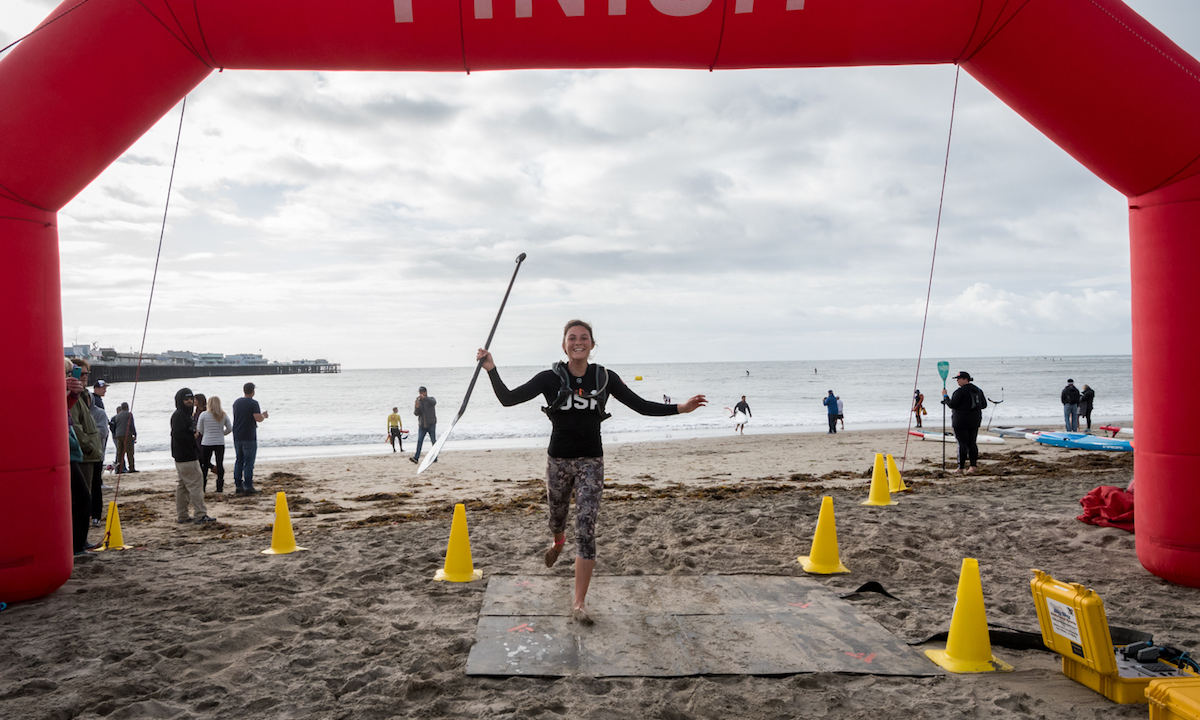 For the women a number of the usual suspects were in attendance. Candice Appleby, Fiona Wylde, Shae Foudy and April Zilg were all present hoping to take home the pre-season win, but 15-year-old up and comer Jade Howson had other plans. In calm conditions that made drafting relatively easy, the prodigious talent broke free from the main pack early and paddled most of the race solo, while the next four women in line - April Zilg, Candice Appleby, Shae Foudy and Fiona Wylde - could only watch as the wunderkind extended her lead around the 10km (6.2 mile) course.

Ms. Howson, who recently joined SIC Maui’s Global team roster, paddled strong and steady throughout the race and proved her powerhouse capabilities coming in 40 seconds ahead of her nearest competitor. This win should give Jade that boost of confidence she needs to show that she belongs with the best of the best. Behind Jade was April Zilg in second and Candice Appleby in third. 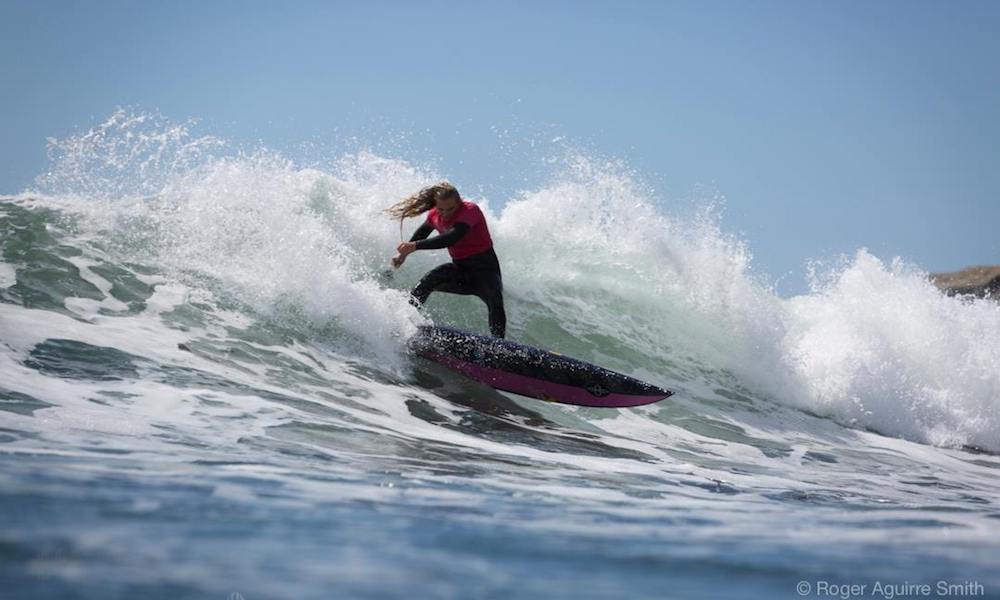 Izzi Gomez adding yet another win to her resume. | Photo: Roger Smith

For the surfing discipline of the Santa Cruz Paddlefest the waves were on point at Steamer Lane providing endless fun for competitors. In the men’s division Maui’s Zane Schweitzer came out on top ahead of Tahiti’s Poenaiki Raioha and Dave de Armas. For the ladies it was World Champion Izzi Gomez that took the win over Fiona Wylde and Candice Appleby.