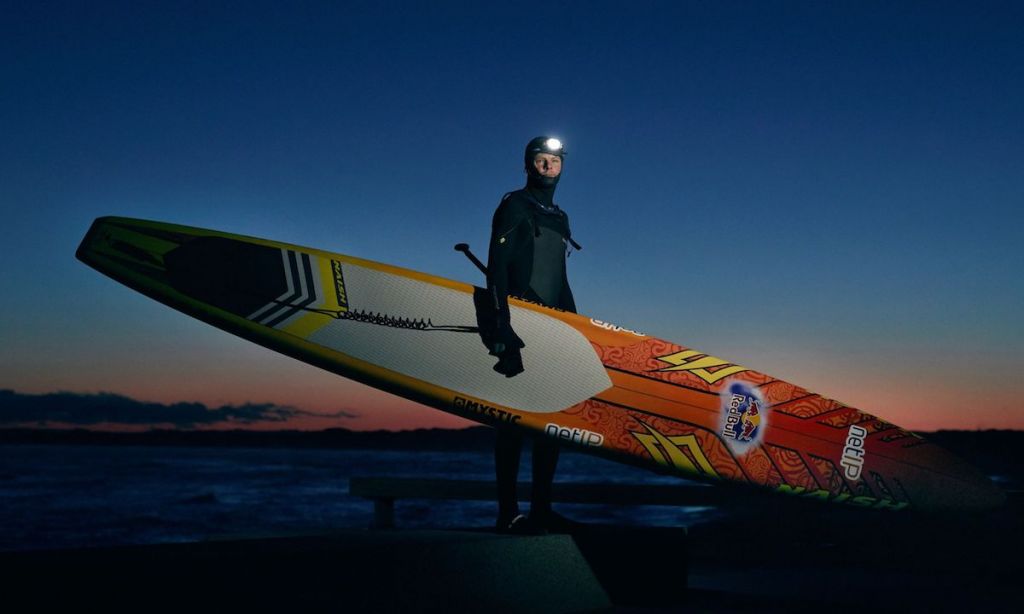 HIRTSHALS, Denmark – Entering the icy waters at 1 AM with his Naish Maliko 14’0”, Casper Steinfath set off for redemption with the Viking Crossing 2.0.

After his first attempt in February 2017, completing the Viking Crossing is considered the greatest accomplishment for the four time ISA World Champion. He became the first in the world to paddle 147 kilometers (91.3 miles) across the Skagerrak Strait between Denmark and Norway. Three days after his body is still broken down.

Casper walks like an old man his arms are dead and his legs hurt. In fact his whole body hurts. But the 24-year-old Danish Viking Casper Steinfath is happy, proud and powered up with long-lasting dopamine after he wrote history Sunday evening when he finally put his feet on Norwegian soil after 18 hours and 30 minutes of paddling from Hirtshals in Denmark to Kristiansand in Norway on his Naish Maliko.

“Crossing the wild Skagerrak as the first person ever on a SUP is something I am very proud of. It definitely took everything out of me to fulfill this dream of mine. But it feels really nice to be back home in Cold Hawaii again reflecting over the journey with family and friends,” said Casper, safely back in Cold Hawaii three days after the trip.

Casper spent the days after Viking Crossing 2.0 to talk to more than 20 Danish and Norwegian tv-stations, radio programs and newspapers. He was all over the news in Denmark and Norway and Danish TV2 News sent live from the trip.

“Right now my body is fully broken down. I feel like just laying in bed for the rest of the week and revisiting my dreams and how magical and intense this crossing over Skagerrak was. I’m pretty sure I will remember both the pain and joy from this Viking Crossing for the rest of my life,” says Casper.

“I could not have accomplished this dream of mine without the help of a bunch of friends, family, and sponsors. I am beyond grateful for the belief and support all the way around. This achievement belongs not to me. It belongs to everyone that had a stake in dreaming this dream,” he adds. 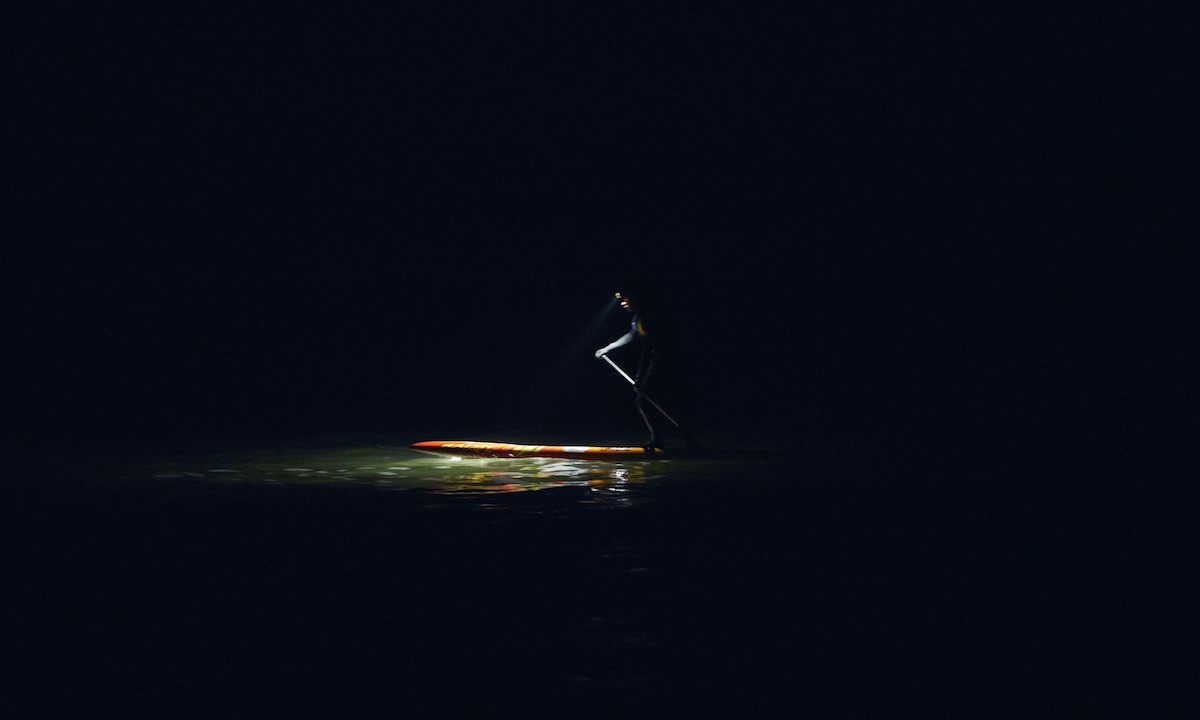 Casper became the first paddler in the world to cross the ice cold ocean called Skagerrak. The 24-year-old Dane underlined that he is a paddler with many talents. In September last year, he won his fourth ISA World Champion title in the 200-meter sprint. This Sunday he added another 146 kilometers and 800 meters to the distance.

“I now firmly believe it is not the actual destination that counts. It is the process in which we as humans work to reach our dreams and goals. This is the interesting part. We, humans, are able to push ourselves so much further both physically and mentally than we dare think. Crossing Skagerrak showed me this,” says Casper.

The first chapter of the Danish fairytale was written in the freezing cold darkness at a beach north of Hirtshals. At 1:20am he gently slid his Maliko into the cold water and took his first of 60,000 strokes followed by two boats with lifeguards, two navigators and media crew. The temperature shows minus-seven degrees celsius, the wind was 15-20 knots and small waves constantly tried to push him off the board.

But after five hours alone in the dark, the sun suddenly said hello on the horizon. It was the most beautiful morning in many weeks in Denmark with a crystal blue sky, calm ocean, no wind and a warm sun that heated Casper’s cold body.

But it was still cold and suddenly he called his crew from the VHF-radio.

“The water in my Camelbag is frozen. I need warmer water.”

Halfway through he could see the Norwegian coastal mountains and that boosted him and kept him going. But they only slowly came closer to the Danish Viking, and the last four hours were the worst hours on a surfboard in his entire life, he said.

With seven kilometers to go in the Kristiansand Bay, his little brother Peter Steinfath went into the RIB boat and talked his brother home to Pier 6 in Kristiansand Harbour to the waiting family and friends and the mandatory champagne shower.

So where does Casper go from here, after accomplishing one of his biggest and most ambitious goals of his life?

“Right now I just look forward to letting my body recover and my mind digest this wild Odyssey. Afterward, I am excited to train for my upcoming race season and to chase my 5th ISA World Championship and compete on the APP World Tour. But who knows, I don’t think I can resist challenging myself against Mother Nature on new wild projects in the future,” Casper says with a smile on his face. 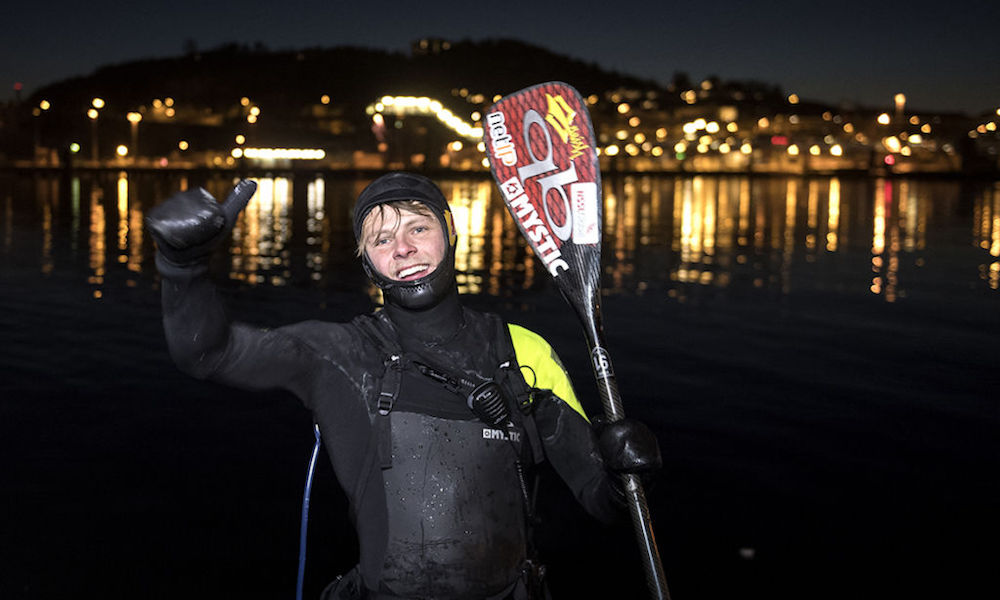 Steinfath all smiles after making it it Norway. | Photo Frederik Clement