CABARETE, Dominican Republic — The fifth day of the Master of the Ocean 2020 got to a later start as no wind was in the forecast and competitors were resting from 10 hours of continuous muscle action the day before. Conditions were crystal clear and glassy waves with 5 foot faces came rolling through. Some sets were 6 foot high.

Team SUP and Surf heats were run later in the morning. Team SUP heats came first with Alexander de la Cruz (Dominican Republic) from the Mariposa Foundation Team and Zane Schweitzer (Hawaii) from Team Aloha Action taking first place in their respective heats with solid waveriding. Daury Reinoso (Dominican Republic) from Team Cocotazo Cafe and Michael Allman (Denmark) from Team Nordic came second in their respective heats and showed great skill. It was a hotter tropical morning with a very strong UV factor as Maarja Kivistik (Estonia) from Team Caribbean, Papito Santana (Dominican Republic) from Team Dominican and Tracey Shay (USA) from Team Democracia all fought for a spot in the Team SUP Finals. For the Team SUP final Zane Schweitzer, Daury Reinoso, Michael Allman, Alexander de la Cruz and Papito Santana battled it out for their respective teams to take 1st to 5th place in order respectively in one of the tightest heats in the whole competition. It was exciting for the crowds to see and some were cheering on the beach on Dominican Independence Day. 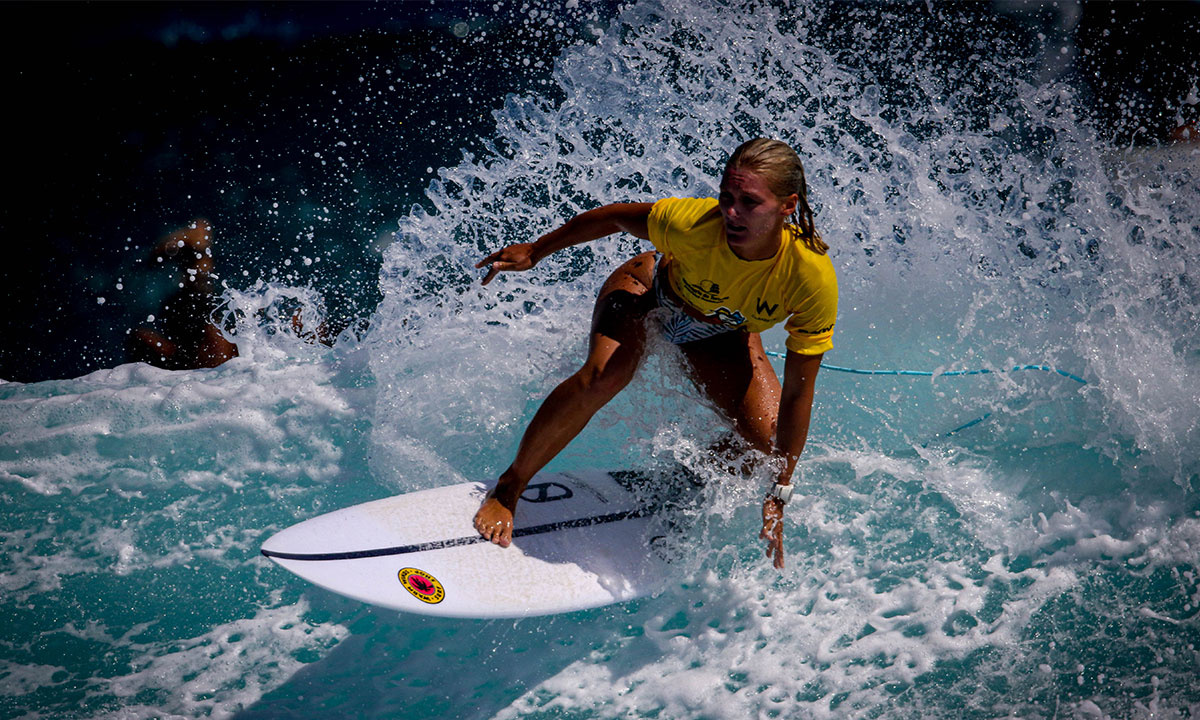 As the morning advanced, the azure skies and bright tropical sun bore witness to an exciting all girls heat in Team Surfing. Nicole Martinez (Dominican Republic) from Team Mariposa Foundation, Els Hansel (Holland) from Team Dominican and Georgina Monti (UK) from Team Nordic had a good heat with some consistent waveriding. The following Team Surf heat included Nairobi Rosario (Dominican Republic), Leandro Castillo (Dominican Republic), Marekev Brogt (Netherlands) and Nicolas de la Cruz (Dominican Republic) from their respective teams. The morning featured many water women displaying their skills in the waves to the delight of the crowds. The Team Surf final was won by Nicolas de la Cruz who executed some nice cutbacks on larger waves. He was followed by Leandro Castillo, Els Hansel, Georgina Monti and Nairobi Rosario in 2nd to 5th place respectively.

Tropical conditions were sunny, hot and clear all morning on this Dominican Independence Day. Competitions ended by the end of the morning but the day was far from over. After lunch, Zane Schweitzer and Luciano Gonzalez gave clinics for water sports enthusiasts of all ages and the audience looked on. The clinics were given in part by testing Sea Coach Technology with waterproof housing which is paired with a coach on the beach or in the water through Bluetooth communication. Later in the afternoon, Brian "Actionman" Talma from Barbados launched the Beach Culture World Tour Activities for adults and children with symbolic art and a parade of about 20 flags from different beach culture countries. The crowds loved it and children and adults alike had a fun time in the carnival-like atmosphere. The colorful afternoon was accompanied by funky tropical beats and Dominican bachata music as well as other Latin rythms from rotating local and international DJs. 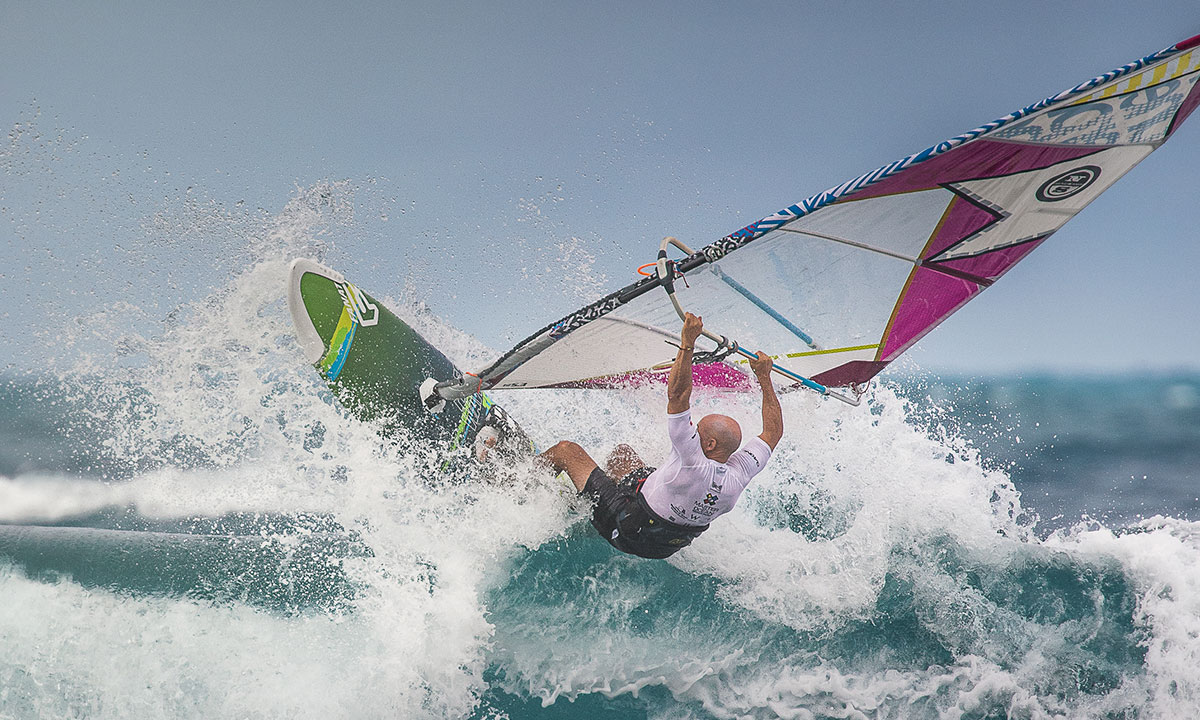 As the sun started to set, the awards ceremony got underway at 5 pm at Encuentro Beach with officials from the Ministry of Defense and the Ministry of Tourism. VIPs from the private and public sectors of Cabarete and Sosua were also present. The ambassador of the Federal Republic of Germany in the Dominican Republic, his Excellency Mr. Volker Pellet, also assisted the awards ceremony with his wife Regine Pellet and presented the award for best overall Team in person. The golden sunrays of the late afternoon were the right atmosphere for the awards given to the following competitors that were all first place in their Categories; Zane Schweitzer from Hawaii for Overall Windsurf, Overall Surf, Overall SUP and Team SUP, Luciano Gonzalez from the Dominican Republic for Overall Windsurfing, Frederico Arias from the Dominican Republic for Team Windsurf, Nisael Gomez from the Dominican Republic for Team Kitesurf and Nicolas de la Cruz from the Dominican Republic for Team Surf. There was an impressive display of Dominican talent in this year's Master of the Ocean! The highlight of the awards ceremony were the prizes given to the overall athletes. Crowds gathered to cheer on charismatic Brian "the Actionman" Talma from Barbados in 4th place who put on a consistent and amazing performance throughout the event. 3rd place went to Samuel Perez Hults, a Dominican Olympic hopeful for 2020 in windsurfing, who is in top shape. 2nd place went to Dominican legend Luciano Gonzalez who had won the Master of the Ocean Title four times in previous years! Finally, the much anticipated Master of the Ocean title went to Hawaiian waterman Zane Schweitzer for the fifth year in a row for an incredible mind-blowing performance overall! 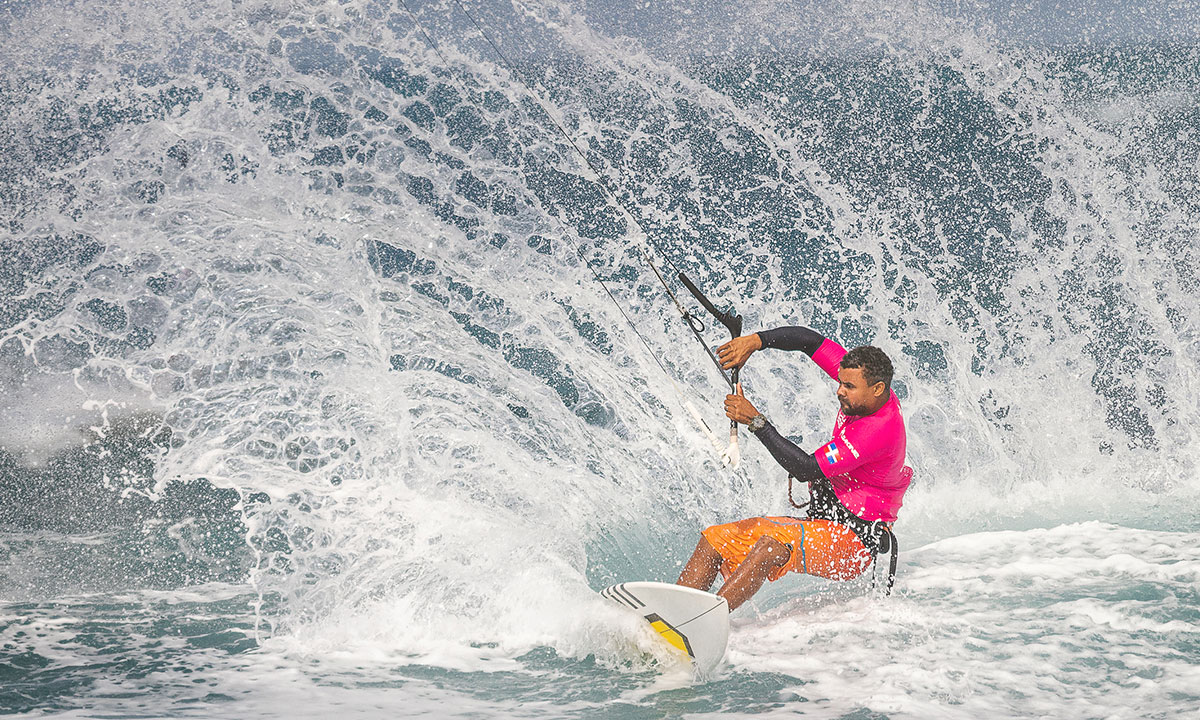 Good vibes and a festive atmosphere were sky-high for the 5th and final day of the Master of the Ocean 2020. El Encuentro "the Meeting Place" Beach really lived up to its name during this Master of the Ocean 2020 with local and international world-class athletes, crowds of many nationalities, all kinds of ocean and weather conditions for all 4 sports, art initiatives, endless tropical beats and even humpback whales all coming to the rendez-vous in this beautiful Caribbean setting! The day wrapped up with a gourmet dinner, prize money ceremony and a great party on the terrace of Ojo/LAX in Cabarete. Competitors and organizers alike were exhausted but very happy. The 16th edition of the Master of the Ocean 2020 was an all out success and a prime example of organic tourism. It just goes to show that amazing things can happen when people from near and far share their love for watersports and the ocean. All results for the Master of the Ocean 2020 will be posted on the website.

Stay tuned for the next Master of the Ocean Festival in 2021; the only festival of its kind in the world!