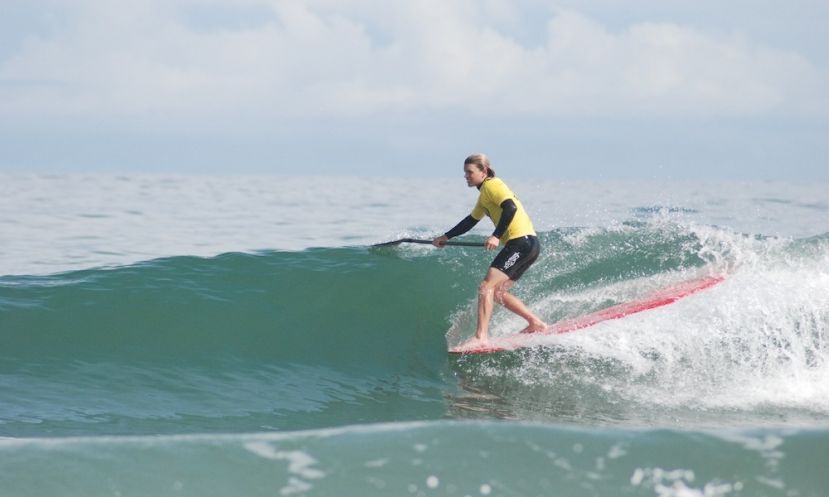 WRIGHTSVILLE BEACH, North Carolina - The inaugural Hobie/Salt Life Wrightsville Beach Pro-AM is now in the books and it will likely be remembered for the amazing young talent that was put on display in this surf obsessed beach town. This contest may have started with overcast skies, but the sunny skies that broke through at the end of the day were only as bright as the smiles on the faces that took part.

For an East Coast contest, conditions were strong and consistent throughout the day. Competitors enjoyed light winds, waist to shoulder high surf and water temps in the mid 60's. With over 75 competitors, this event may have already established itself as the largest SUP Surf Event on the East Coast, in its very first year. According to contest organizer John Sideris "Every sponsor, volunteer, and participant in this contest contributed to the success of the inaugural Wrightsville Beach Pro-Am. The museum is grateful for the support provided by all of our sponsors, particularly our title sponsors, Hobie and Salt Life."

The Gomez Family swept both pro divisions. Giorgio Gomez had a breakthrough performance taking first place and $1750, ahead of Fisher Grant, Mo Frietas and Keiran Grant. The level of surfing put on in the final heat was unparalleled for this area. Izzi Gomez wowed the crowd and really inspired a lot of young ladies in attendance with her first place finish and $1750 payout. "Carolina Girls" April Zilg, Anna Blackburn and Ryan Dadds rounded out the Top 4 and put everyone on notice that Women's SUP Surf on the East Coast goes thru this area. 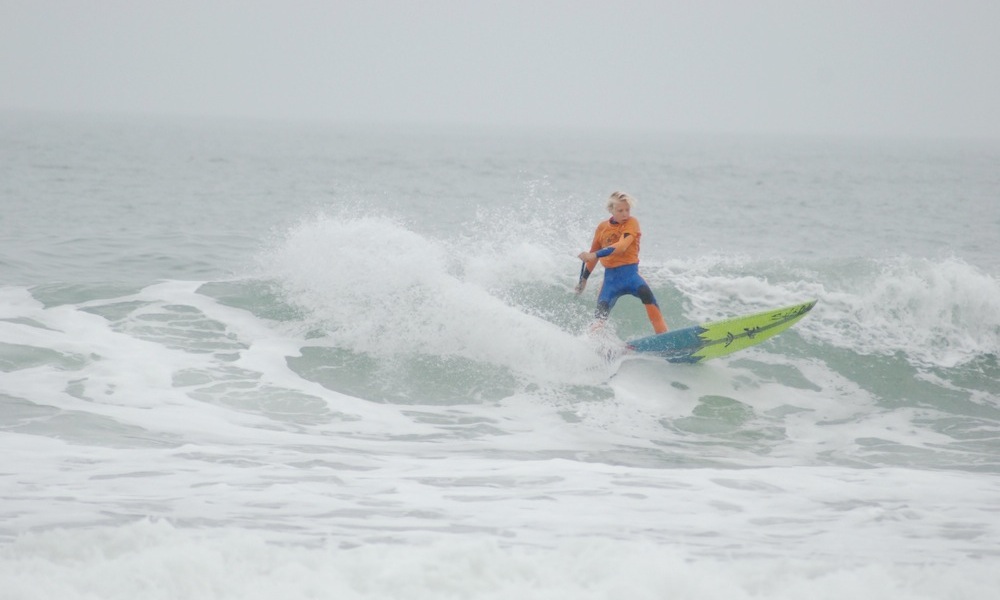 The Men's Amateur Division was won by Philip Antman and the Women's Amateur Division was taken by Ryan Dadds. King's Paddle Sports Guru Dave Daum took the Master's Division and really inspired all of us "older dudes" to keep on it! One of the highlights of the day was the Grom and Grommette Divisions. In the Grom Divsion, Kai and Dax McPhillips really showed a level of surfing not seen by many in attendance for competitors this age. Kai, in fact, probably had one of the highest scoring waves of the contest, wowing the crowd with several off the lips, round house cutbacks and a floater on the same wave. Daniel Joye and Hayden Anderson finished 3rd and 4th. Betsy Lewis and local surfers Saylor Emmart, Dana Stephens and Jenna Blackburn took their places on the podium for the Grommette Division.


One of the things that set this event apart from others was a specifically dedicated SUP Longboard Division. This division was included because of the growing popularity of Longboard Style Standup Surfing in this area. Spectators were not disappointed with a final that included 3 time World Long Board Champ Colin McPhillips, up and coming Florida Phenom Fisher Grant, Topsail Beach Kingpin Chris Hill and the Outer Banks' Billy Miller. When it was all said and done, Colin McPhillips' progressive combination of nose riding and carving turns took 1st.

The Newkirk Waterman Award is given every year in honor of Wrightsville Beach's Original Waterman, Haywood Newkirk, Senior. The award is given to the competitor that has the highest combined finish in the Pro and Longboard Divisions and it comes with a $500 check, courtesy of the Newkirk Family. This year's recipient was Fisher Grant, who finished Second in Both the Pro Division and the Longboard Division. The Carolina BAMF Award is given every year to the locally based (NC and SC) male and female competitors that have the highest finish in their respective pro divisions. This year's winners were Wrightsville Locals Jarrod Covington and April Zilg.

Check out a full gallery from the event here.

The thing that struck me personally at the end of the day was that this contest brought together those that helped build the foundation of this sport and those that were going to carry this sport into the next decade. Without the contributions of people like Colin McPhillips, Chuck Patterson, Girard Middleton, Reid Inouye, Jason Colclough and Dave Daum, this sport would not be where it is today. But after spending time with the Gomez Siblings, the Grant Brothers, Mo Freitas and the Blackburn Girls, I am just as optimistic about it's future.

To find a SUP event near you, check out the Supconnect Events Calendar.

More in this category: « Sean Poynter's Day and A Half In Mexico Air France Paddle Festival 2015: Event Highlights and Full Gallery »