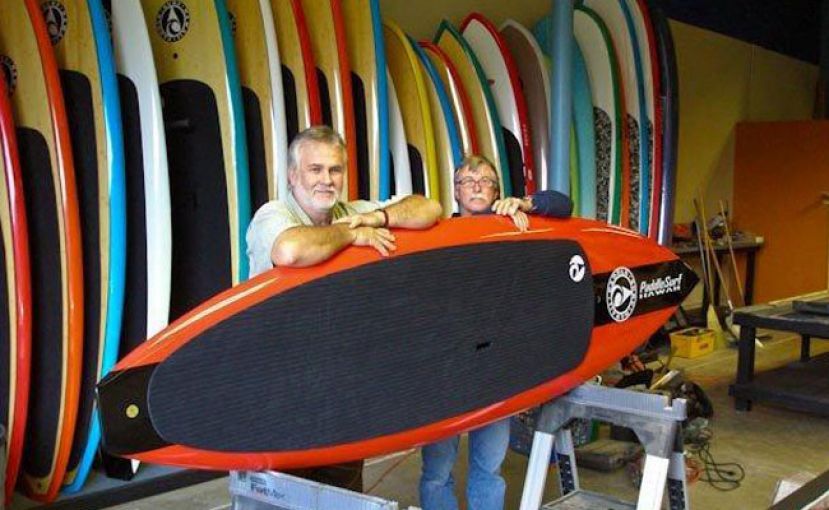 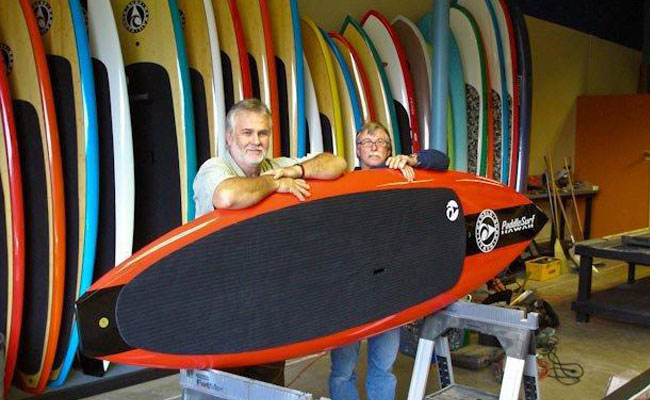 From left: Dan Duty and Bob Long, two lengeds of the sport, standing at West Coast Paddle Sports during the construction stages.

SAN DIEGO, California – One of the most legendary retailers in the history of stand up paddle boarding, San Diego local Bob Long, is about to officially open the doors of his exclusive SUP Shop, just a short distance away from Mission Bay, Pacific Beach, La Jolla, and a bunch other popular SUP destinations. West Coast Paddle Sports is much more than simply an exclusive stand up paddle board shop. Its owner, Bob Long, was the first ever SHOP owner outside of Hawaii to fully embrace stand up paddle boarding. During the mid 2000's, Long's former shop, which was appropriately called "Bob's Mission Surf Shop," was the centerstage of stand up paddling in a time when the sport was just making its way outside of Hawaii and onto mainland US and later the rest of the world.

Not only does Bob Long have a deep understanding of the sport and a profound passion for it, his expertise spans over a plethora of SUP topics and runs deep in the sport's history. A stand up paddler himself and a highly respected local at Tourmaline Beach Park in Pacific Beach, Long understands SUP surfing, has a keen experience in flatwater paddling, and is highly proficient when talking about product construction, the sport's history, and much more. West Coast Paddle Sports is on track to become a stand up paddle board powerhouse in Southern California. And for the rest of the world, its owner is in the books as one of the most important shop owners in the modern history of stand up paddling. Long embraced the sport while it was still highly reviled within the watersports community, particularly among surfers. He not only took the sport to heart, but helped to drive its growth, share its stoke, and now continues to live out his passion through West Coast Paddle Sports.

More in this category: « ISLE Surf and SUP Grand Opening This Saturday Stand Up Paddling in Pensacola »