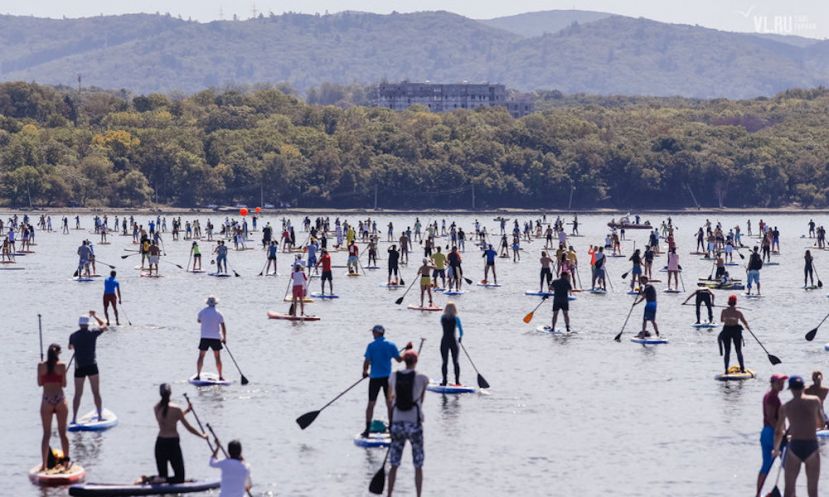 VLADIVOSTOK, Russia - On September 10, 2017, people of the Vladivostok SUP community came together to participate in a massive mile-long SUP parade off the coast of the Sea of Japan in an attempt to set a new world record. One by one, participants crossed the start line, headed down to the beach, and began paddling out on the water, creating one long parade of paddlers along the picturesque shoreline. The sun was shining strong and spirits were high in hopes of making history. After witnesses tallied the wristbands, it has officially been declared the world’s largest SUP parade with an impressive 844 participants. Iakov Ulkin, director of Tretya Volna, the city’s largest SUP shop, and one of the event’s organizers, hopes that this parade inspires other paddlers and SUP communities around the world to gather and get on the water together.

Watch the full video of the event below, courtesy of Denis Polykhatuy, that shows the incredible turnout that earned the Vladivostok SUP parade a world record.