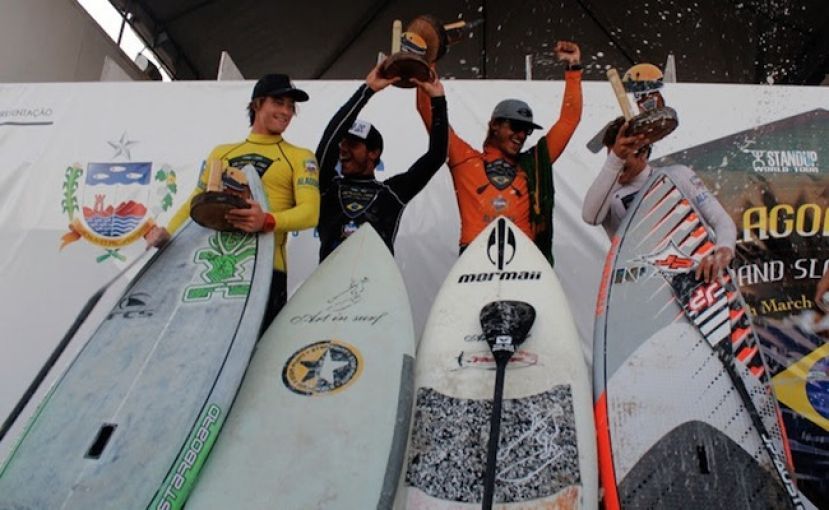 ALAGOAS, Brazil - after an exciting, action-packed weekend at the Alagoas Pro Grand Slam, Caio Vaz and Izzy Gomez emerged as victors in their respective divisions. For Vaz, it was an emotional win in front of a homecrowd, which now solidifies his position at the top of the rankings. Izzy Gomez asserted herself as a real force to be reckoned with, taking out a hotly contested final against defending women's world champ and local favorite, Nicole Pacelli.

Thw following press releases are courtesy of the Waterman League. 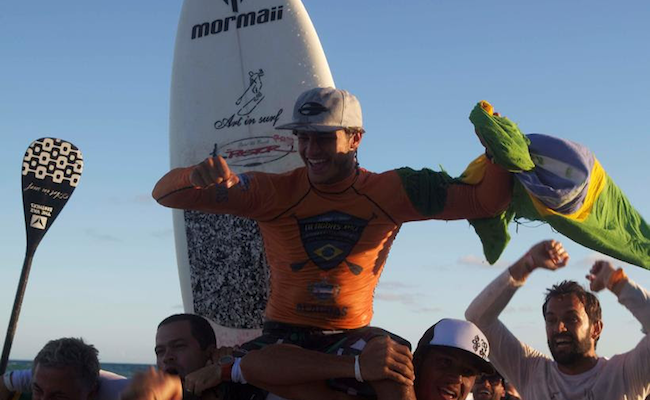 Caio Vaz (Art in Surf) is seemingly unstoppable this year: having kicked off the year with a win at Sunset Beach, Stop 1 of the Stand UP World Tour and after winning the Nationals on the weekend, Caio now storms to victory in dramatic fashion here at the Alagoas Pro Grand Slam in Brazil. The scene was set for some of the most progressive stand up paddlesurfing to date, as the final 16 athletes left in the Men's elimination opened the day at Praia do Frances with some dramatic action. Caio only gained momentum through the day, taking down big name after big name on his way to the finals.

His semi final against Sean Poynter (Starboard) was one for the ages, as he came from behind in the closing minute of the heat under Sean's priority to take the win and advance through to the Finals. But it was in the Final that Caio stepped it up again, posting a 7.5, then an 8.5 and then a 9.5, creating a virtually unsurmountable heat score total of 18 pts, to take the victory over Keahi de Aboitiz (JP Australia). Caio maintains his World Ratings leader, with 2 bullet wins at Stop 1 and 2 of the 2014 Stand Up World Tour. 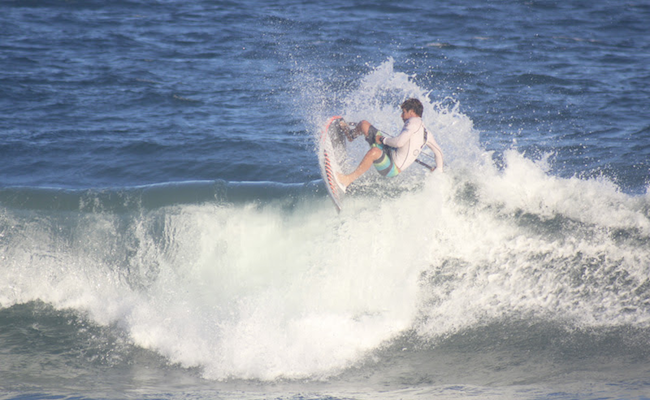 Keahi de Aboitiz (JP Australia) turns it on here at the Alagoas Pro Grand Slam, putting together heat after heat of explosive and radical Stand Up Paddlesurfing. In his semi final against Ian Vaz (Art in Surf), his repetoire of progressive, above the lip maneuvers put Ian in an combination situation and set the tone for one of the most dramatic finals yet on the Stand Up World Tour.

With a 4th place at Sunset and now a 2nd place here in Brazil, Keahi is showing his true potential here, setting himself up to be a major Title Contender in 2014. Watch out for this impressive talent from down under. He is now sitting in 2nd place overall in the World Rankings after the first 2 events. 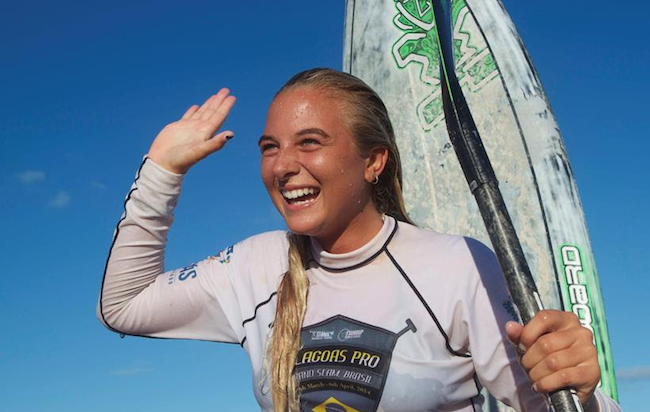 As we saw at the Turtle Bay Women's Pro back in February, the performance level on the Women's World Tour has sky rocketed over the past year and new faces are rising to the top to be counted. Izzy Gomez (Starboard) from Florida has demonstrated that she is not only a force to be reckoned with, but a leading Contender on the Stand Up World Tour by taking the win here at the Alagoas Pro Grand Slam. This is now her 3rd victory on the Stand Up World Tour as she notches up more victories than any other athlete on the women's Tour, even current World Champion Nicole Pacelli.

Her journey to the Finals was challenging, having to go through the repechage round to make it back into the Main event. However from there, she just gained momentum and then peaked during the Final heat of the day, with some of the best surfing and highest scores of the event going down during the Final agains Nicole.

This in itself is impressive and the fact that she is still only 14 years old is astonishing. There is no doubt that this young Floridian has an incredible future ahead of her. 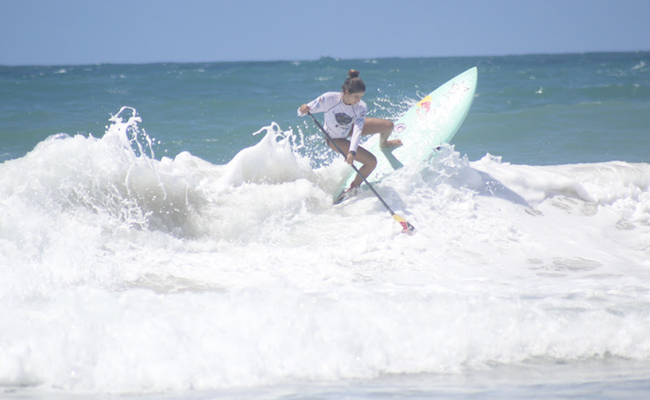 Current World Champion and Ratings leader Nicole Pacelli put on another strong performance here at the Alagoas Pro Grand Slam, powering through the rounds to reach another well deserved Final. Nicole and Izzy Gomez (Starboard) went blow for blow during the Final, both pushing each other to a whole new level, but it was to be Izzy's day, leaving Nicole having to settle for 2nd place.

However, Nicole is still on top of the world after 2 events, maintaining her ratings lead going into the next event in Abu Dhabi next week.

Click here to see all the video highlights from the Sunset Beach Pro and the Turtle Bay Pro.